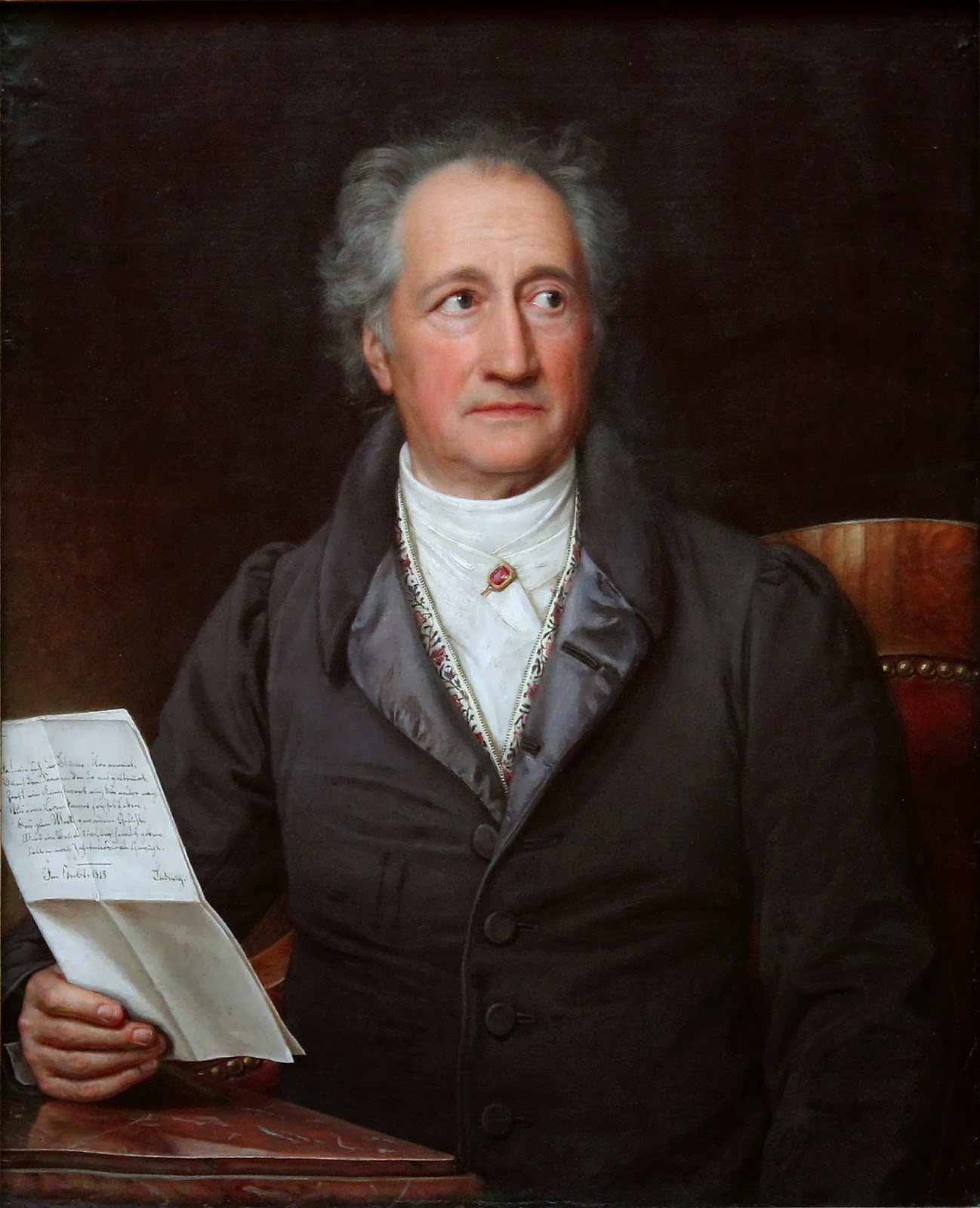 I am currently taking a senior seminar on the life and writings of Johann Wolfgang von Goethe. My professor, Hans Wilhelm-Kelling, has an article comparing some of Goethe’s (often enigmatic) religious convictions with Latter-day Saint theology. According to Kelling, some of Goethe’s religious thoughts that intersect with Mormonism includes:

(1) A falling away from the original church has occurred, and the existing churches no longer adhere to the kind of Christianity that Christ practiced and taught, rather they are involved in fossilized dogmatic and institutionalized practices. (2) The generally accepted Christian concept of the Trinity is incomprehensible and thus unacceptable. (3) Mephistopheles–Satan, the spirit of destruction and nihilism, is in the final analysis an instrument in God’s divine plan to bring about the salvation of man (4) There is no Original Sin. Men are not accountable for Adam’s transgression. (5) God is a loving, forgiving father who cares for His children. He will not condemn them to eternal damnation but will save then into one of His many different mansions. (6) Man is immortal. His soul may have a premortal existence, and it will, no doubt, continue to live after death. (7) Man is inherently good, not evil. God has endowed him with a divine spark and recognizes that his eternal quest leads ever in the right direction, namely toward God’s divine light. (8) In this life, man has the power and responsibility to strive to improve himself and reach higher goals. He also has the solemn responsibility to be a personal example of human nobility, to reach out to his neighbor, and to assist him to come closer to God. (9) God has endowed man with an irrepressible drive to strive ever onward, with the power to attain the noble and sublime. He can improve himself, master his natural inclinations and become a “beautiful soul” [schöne Seele], the highest condition of human existence. (10) Because of his inherent strong drive, man will commit sin. God is aware of that and will lead him gradually from intellectual and spiritual confusion into clarity. (11) The hereafter is an existence of striving and noble activity. In the eternities each soul will be assigned a task for which man on earth has diligently prepared himself. He will assist God in administering the universe.

That these theological lynchpins are what make Mormonism distinct (and distinctly wonderful) in a world of competing Weltanschauungen that range of classical theism to militant atheism is essentially what Terryl and Fiona Givens have articulated in their wonderful book The God Who Weeps: How Mormonism Makes Sense of Life. (One of these days I’ll get around to blogging on The God Who Weeps.)

I like to image Goethe and Joseph being pals in the spirit world. Joseph just beat a young Goethe at stick pull and after a mutually shared hearty laugh they are now settling down to go another round of discussion.