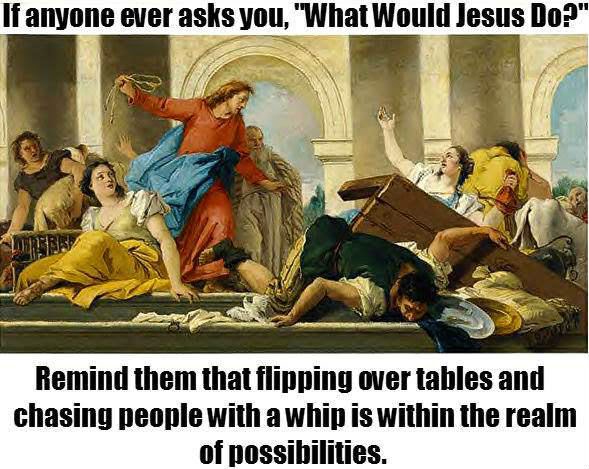 Sadly enough, my young friends, it is a characteristic of our age that if people want any gods at all, they want them to be gods who do not demand much, comfortable gods, smooth gods who not only don’t rock the boat but don’t even row it, gods who pat us on the head, make us giggle, then tell us to run along and pick marigolds. Talk about man creating God in his own image! Sometimes—and this seems the greatest irony of all—these folks invoke the name of Jesus as one who was this kind of “comfortable” God. Really? He who said not only should we not break commandments, but we should not even think about breaking them. And if we do think about breaking them, we have already broken them in our heart. Does that sound like “comfortable” doctrine, easy on the ear and popular down at the village love-in? And what of those who just want to look at sin or touch it from a distance? Jesus said with a flash, if your eye offends you, pluck it out. If your hand offends you, cut it off. “I came not to [bring] peace, but a sword,” He warned those who thought He spoke only soothing platitudes. No wonder that, sermon after sermon, the local communities “pray[ed] him to depart out of their coasts.” No wonder, miracle after miracle, His power was attributed not to God but to the devil. It is obvious that the bumper sticker question “What would Jesus do?” will not always bring a popular response.

A survey of the four gospels vindicates Elder Holland’s position.

3. In one fiery exchange Jesus called the “scribes and Pharisees” he was debating with “child[ren] of hell” (Matthew 23:15).

4. Jesus was no fan of Herod Antipater, and on one occasion derisively called him “that fox” (Luke 13:32), in what was clearly a pejorative epithet for Herod the Great’s successor in Galilee and Perea.

5. It wasn’t just Herod that elicited animal epithets from Jesus. Twice in Matthew Jesus calls his religious opponents a “brood of vipers” (Matthew 12:34; 23:33).

6. If calling his opponents foxes, vipers, and children of hell wasn’t enough, Jesus also once referred to the scribes and Pharisees as “whitewashed tombs, which on the outside look beautiful, but inside [are] full of the bones of the dead and of all kinds of filth” (Matthew 23:27, 29).

Lest I am misunderstood, I am not advocating that we use such harsh rhetoric in all of our correspondences with those we disagree with. Of course civility and tact are important, even when we’re in the middle of a heated debate or exchange. Rather, I just want to remind everyone that sometimes it is okay, even necessary, to call people out for what they really are. I also want to remind certain individuals, who shall remain nameless, to be really careful before they appeal to Jesus (or Paul) when they demand some kind of special treatment for their questionable actions.

1 thought on “Tough Love from Jesus”