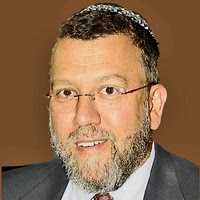 Joshua Berman, a professor of Bible at Bar-Ilan University and at Shalem College in Israel, and a research fellow at the Herzl Institute, has authored an excellent article in the Jewish online magazine Mosaic on the question of the historicity of the exodus account in the Book of Exodus.

I had the privilege of listening to Professor Berman present on this topic at the Society of Biblical Literature meeting last Fall. Although I think his argument for a direct link between the Kadesh inscription and the Song of the Sea remains tentative, I think he has made a respectable case for his position. On the broader subject of the historicity of the exodus account, Berman has laid out a good overview the arguments made by such scholars as James K. Hoffmeier and Kenneth Kitchen, among others. I have an affinity with Berman’s position, and agree with him that, although we have no direct positive evidence for the historicity of the exodus account, we do have a good case for historicity based on an accumulation of different kinds of evidence that lends plausibility to the account. Of course, this is still an open debate, which Berman acknowledges. Nevertheless, contrary to some minimalists, I think that a good case can be made for the basic historicity of the account, and there are reasonable explanations to account for minimalist arguments.
From a Latter-day Saint perspective, I think it’s also very interesting that Berman employs many of the same arguments for the historicity of the exodus that Mormon scholars have used for the Book of Mormon. For example, Berman notes:

Many details of the exodus story do strikingly appear to reflect the realities of late-second-millennium Egypt, the period when the exodus would most likely have taken place—and they are the sorts of details that a scribe living centuries later and inventing the story afresh would have been unlikely to know

This is precisely what Mormon writers (including myself) have said with regard to Joseph Smith’s production of the Book of Mormon: that there are simply too many details that the book gets right about the time period it purports to describe, which leads me to believe it is not a product of the 19th century, but rather the ancient Near East and ancient Mesoamerica.
I would recommend Berman’s article for anyone interested in this topic. It is very close to how I would approach this subject, including my own position on the final question of the exodus’s historicity.
(P.S. be sure to check out the comments of my friend Neal Rappleye here.)

Richard Hess has responded to Berman’s original piece with his article “How to Judge Evidence for the Exodus.” Here is one comment from Hess that I found interesting:

Joshua Berman correctly observes that historical events are not subject to proof in the same manner as a mathematical equation, a logical proposition, or a scientific experiment that can be reproduced in a laboratory. Rather, historical “proof” normally emerges through the cumulative accretion of reliable witnesses or attestations.

In my experience, people who demand “proof” for this or that historical occurrence fundamentally fail to understand the nature of both history and historiography. That’s why “proof” for the Book of Mormon will never really exist, since you cannot “prove” the historicity of a text the same way you can prove a scientific or mathematical theory, for example. A little more patience and nuanced thinking is required. Unfortunately, YouTube and Reddit users aren’t generally known for their patience or nuanced thinking, so my generation faces an uphill battle.