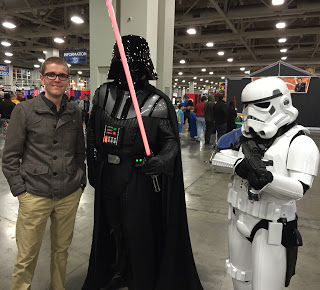 FacebookTwitterGoogleRedditSubscribe
Last week I visited my family in Idaho. The evening I arrived, my parents and I went out to dinner to celebrate our reunion and to catch up on things. Everything went great. The next morning I had to run some errands for my mom. Because it was windy and therefore somewhat chilly, I decided it was best to take my jacket. Mind you, this wasn’t any ordinary jacket. It was my favorite jacket of all time (that also happened to be somewhat expensive). Well, I looked and looked but could not find it anywhere. I double- and triple-checked everywhere in the house. Nothing. Even my mom and brother helping me turned up nothing.

Then I suddenly remembered that I had taken my jacket off at dinner the night before and had put it on my chair. Of course! No worries, then. I’d simply call the restaurant and confirm they had it, and would then pick it up while running errands. So I spoke with the manager, who, much to my surprise, told me that they had no jacket in their possession that matched the description I gave them.

It was then that I came to the terrible conclusion: somebody had stolen it! I must’ve left it on my chair, and some jerkface swiped it after I left.

You can imagine how angry I was once I came to this conclusion. I swore under my breath and shook my head in frustration. For a while I was really annoyed and even for one brief moment genuinely angry. When the time came for me to return home to Salt Lake City, I sighed with resignation that I’d never see my favorite jacket ever again.

When I arrived home and went into my room to unpack, what do you think was the first thing I saw lying there on my bed? Yep. There it was. My jacket. Turns out that I had meant to pack it, but either forgot to do so or decided to leave it behind, and so tossed it on my bed as I ran out the door.

You can imagine my relief that my jacket had not been stolen, but also my embarrassment for having become so upset over what turned out to be nothing.

But then a thought came into my mind. My annoyance, frustration, and anger at my jacket having supposedly been stolen was the result of a mistaken assumption on my part. I had assumed that my jacket had been stolen, even though I had no direct confirmation that my assumption was valid. Could you blame me? I could’ve sworn that I wore my jacket into the restaurant and had placed it on my chair. When the jacket failed to turn up anywhere in my parents’ house after an intense search, the seemingly only logical conclusion was that I had left it at the restaurant, and someone had stolen it.

It was a safe assumption on my part given what I knew at the time. But it was a false assumption nonetheless, the product of my faulty memory and hasty reasoning.

This little episode has reaffirmed to me something really important. It is absolutely crucial that we be aware of what assumptions we harbor, and how they affect us in our opinion-forming and decision-making. This is often difficult, since many times our assumptions are simply taken for granted, or sometimes not even fully recognized. Likewise, when we make an assumption without any direct verification for that assumption, even when we really really think we’re making a safe assumption, we need to be careful in how much weight we place on that assumption. The reason I became so upset after I assumed my jacket had been stolen was because I placed an inordinate amount of weight on that assumption. Had I placed less weight on my assumption, I probably wouldn’t have been so upset. But because I uncritically allowed this assumption to overtake and completely govern my thinking (it never occurred to my to even think that my jacket had been left home in Salt Lake City), I had a much more negative reaction.

So the moral of the story is: be careful about what assumptions you make, why you make them, and how much weight you put on them.

(For an example of how this all might relate to studying the scriptures or Church history, I’d recommend you take a look at professor Kerry Muhlestein’s presentation from last year’s FairMormon conference on the topic of “The Book of Abraham and Unnoticed Assumptions.”)