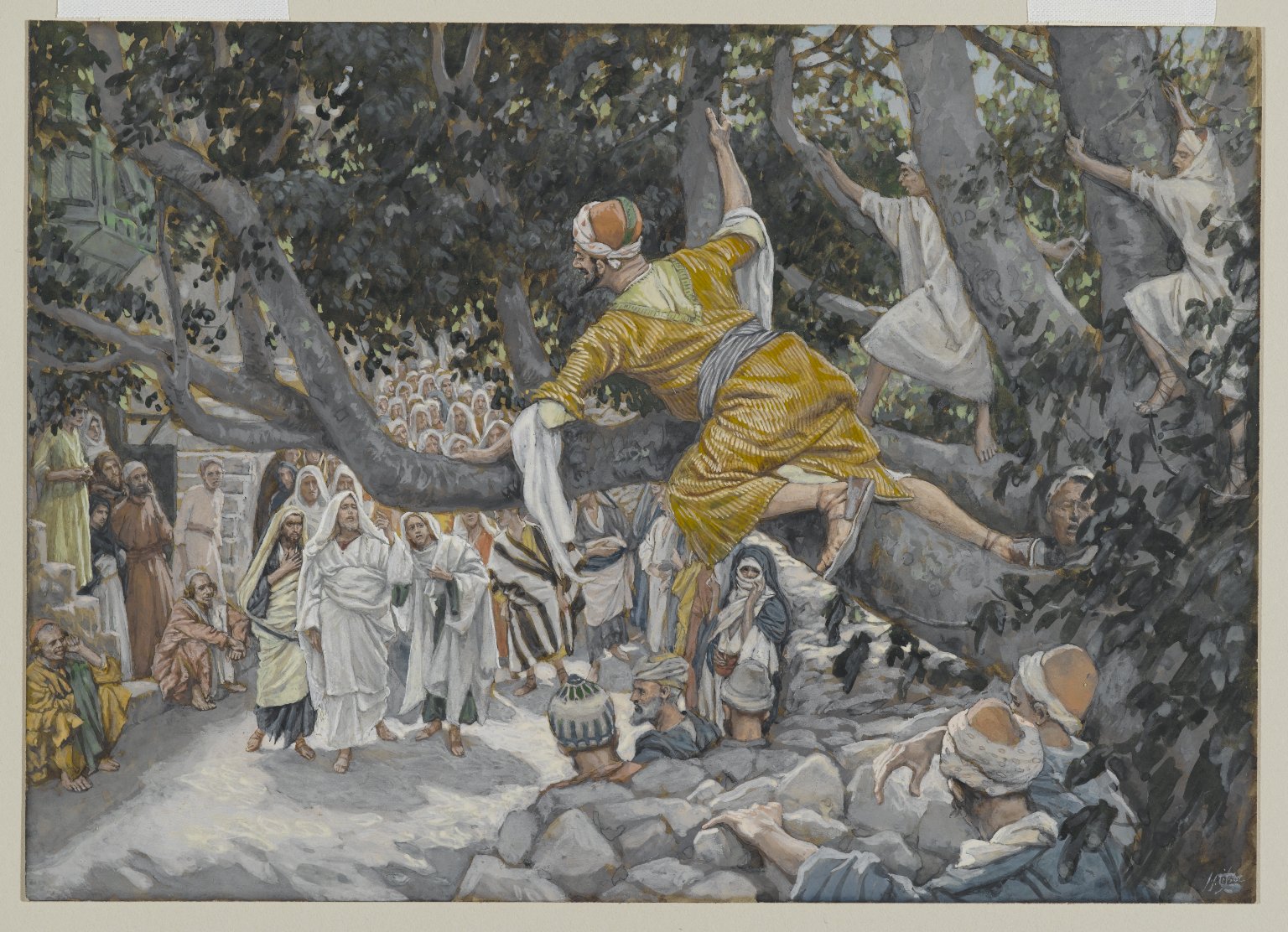 One thing I’ve found very helpful in making the New Testament relevant to my own life is understanding its cultural backdrop and looking for parallels to today’s world. Recently I read the book Jesus: A Very Short Introduction by Richard Bauckham. It is quite good at providing an overview of the life and times of Jesus in a first century AD context. One point Bauckham raises is that the gospels frequently mention how Jesus befriended publicans, who, rather remarkably, are portrayed as generally humble and accepting of the gospel (Matthew 9:9–10; 10:3; 21:31–32; Mark 2:14–15; Luke 3:12; 5:27–29; 7:29; 15:1; 18:13; 19:2, 8). Who were these publicans? They were tax collectors and contractors for Rome. In first century Judea they would have been predominantly native Jews. Bauckham describes them this way.

Tax collectors were generally ostracized not because of their ritual impurity, but for much more serious reasons. They were Jews working for the Roman overlords (or of Rome’s puppet king Herod Antipas), and they made their own living out of collecting more than the taxes and pocketing the difference. No doubt they often made a very good living. It was for greed and extortion at the expense of their fellow Jews, as well as for working for the hated Roman Empire, that they were ostracized.1

In Jesus’ day the publicans would have been comparable to the kapos of the concentration camps: they were almost universally despised by the larger Jewish population for their collaborating with the enemy. If anybody justly deserved the ire of righteous Jews, it would have been the publicans.

But according to the gospels, these publicans were among those who not only eagerly believed Jesus, but whom Jesus associated with. In Luke 19, for instance, Jesus meets “a man named Zacchaeus, which was the chief among the publicans, and he was rich” (Luke 19:2). When Jesus invited himself to stay with Zacchaeus, the disapproving gossip on the lips of the public was “that [Jesus] was gone to be guest with a man that is a sinner” (v. 7). But Jesus understood that it was important to seek out and befriend those who were the most despised by society. The reason? “For the Son of man is come to seek and to save that which was lost” (v. 10). In other words, Jesus felt it was important to associate himself with even the most disgraceful social pariahs because they too were worthy of his love and understanding.

Commenting on this episode, Bauckham notes the following:

Did Jesus not expect such people to reform? His own demanding moral teaching surely implies that he did, and Zacchaeus, for one, did so [Luke 19:8–9]. But Jesus did not wait for such people to repent before sharing meals with them. This is what distinguished his practice from Jewish leaders who would not have denied that people like tax collectors could [first] repent and [then] obtain forgiveness from God. To put it simply, Jesus did not keep his distance from anyone who needed the love of God, whether they needed liberation from demons, healing of sickness, or forgiveness of sin.2

I have wondered how this might be applicable in our own day, which like first century Judea is factionalized into warring political, religious, and cultural sub-groups. One way in which I think it might be applicable is in how we treat people who diverge from us on the political spectrum. For me personally, there is one group in particular that stands out: the so-called alt-right.

Anybody who follows me on social media knows that I am a liberal who is an outspoken critic of the alt-right. I find ethnonationalism and white supremacy grotesque and vile. I consider Neo-Nazism as little more than a suppurative canker on our political and cultural body. The apostles of this damnable ideology, from Richard Spencer to Ayla Stewart, I hold in utmost contempt. It might not be too much of an exaggeration to say that I think of the alt-right much the same way I’m imagine first century Jews thought of publicans.

And yet, I have friends who are members of the alt-right. People I have gone to school with, or sat in church with, or eaten dinner and played video games with. I have spoken with them one-on-one about our respective political and moral systems. Sometimes my outrage and disgust with their worldview has been so keen that I have questioned whether I should remain their friend. In those moments, however, I have often asked myself, in all seriousness, what would Jesus do? Would Jesus turn away his love from these people? Would he want to shame and mock and belittle them? Would he want them to feel ostracized and embitter them with scorn? Or would he befriend them? Would he eat dinner with them and associate himself with them? Would he listen to them and afford them enough respect to at least let them speak their mind? The answer, I believe, is made perfectly clear in the pages of the gospels. For that reason, much to the vocal resentment of many other liberals I know and associate with, I have decided to remain friends with these latter-day publicans despite our wide differences.

Now, to be clear, I am not claiming I am perfect like Jesus. Far from it. I have publicly derided Ayla Stewart (who tweets under the alias “Wife With A Purpose”) and have been caught up in the public shaming and mockery of those of the alt-right. Also to be clear, I am not saying that the views of the alt-right are acceptable. Far from it. I am entirely convinced that, as made clear by his modern apostles, Jesus does not condone “white supremacist attitudes,” which “are morally wrong and sinful.”3 However, as Bauckham points out, Jesus did not expect sinners to conform to his standards and repent of their sins before he would befriend and love them.

I admit this is a very hard thing to do. It is a very lofty ideal; sight of which is often lost in the rough-and-tumble world of Trump’s America. And there are of course those who feel deeply threatened by the alt-right, and may understandably find it difficult if not impossible to countenance them or their views in the slightest. But Jesus was nothing if not demanding of his disciples; commanding them to keep standards that may at first seem counterintuitive or outright impossible. “Ye have heard that it hath been said, Thou shalt love thy neighbour, and hate thine enemy,” Jesus acknowledged. “But I say unto you,” he quickly added, “Love your enemies, bless them that curse you, do good to them that hate you, and pray for them which despitefully use you, and persecute you.” Then Jesus asked this penetrating question: “For if ye love them which love you, what reward have ye? do not even the publicans the same? And if ye salute your brethren only, what do ye more than others? do not even the publicans so?”

Jesus reminded his listeners twice that they were no better than the pitiful (we might say “problematic”) objects of their scorn if they assumed congratulating each other for being a part of the same enlightened, self-righteous (we might say “woke”) clique somehow made them better. “Be ye therefore perfect,” he instead admonished, “even as your Father which is in heaven is perfect (Matthew 5:43–48, emphasis added). How was this perfection to be attained? By remembering that God “maketh his sun to rise on the evil and on the good, and sendeth rain on the just and on the unjust,” and living our lives accordingly (v. 45).

Again, I am not claiming any privileged status here as being especially righteous in this regard. As I said the other night on Twitter, I think the commandment to love our enemies (political, racial, ideological, national, or otherwise) is one of the hardest ever uttered by Jesus. But I do believe very strongly this is the ideal way described by our perfect Example. One that, I can only hope, will soften hearts and heal wounds.

7 thoughts on “Jesus, the Alt-Right, and Latter-day Publicans”