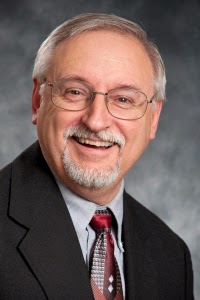 When comparative study is carried out at this conceptual or cognitive level, some adjustments in methodology need to be made. When literary pieces are being compared to consider the question of dependency among them, the burden of proof has been on the researcher to consider the issues of propinquity and transmission. After all, if Israelite literature were to be suspect of borrowing an Akkadian text, the claim of borrowing would need to be substantiated by evidence that the Israelite writers were aware of the Akkadian text and could plausibly have access to it. Questions of literary genre, structure, and context would all need to be investigated, as well as the geographical, chronological, and national or ethnic context from which the literature had arisen.

Although Walton is speaking specifically about supposed literary borrowing by the author of Genesis 1 from other ancient cosmological texts, the same principle applies to the Book of Mormon and those who wish to argue that it is the product of plagiarism (i.e. the Book of Mormon is the result of Joseph Smith’s pilfering View of the Hebrews, Manuscript Found, or the most recent text du jour–––The History of the Late War Between the U. States and G. Britain).

Unfortunately, I haven’t seen many critical studies that actually engage in the proper methodology outlined by Walton. Usually it’s just a haphazard, helter-skelter, grab bag approach of finding a number of “parallels” that usually exist only in the mind of the parallel hunter.