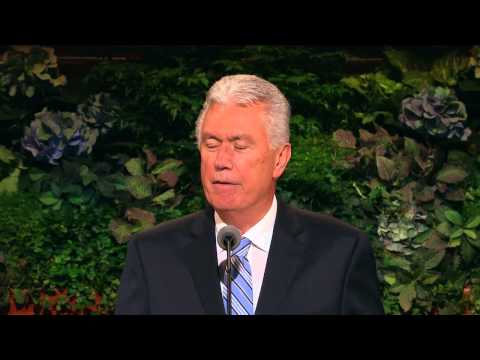 If you are now or have ever gone through a crisis of faith, I would recommend these three recent sermons by President Dieter F. Uchtdorf and Elders Jeffrey R. Holland and D. Todd Christofferson.

Come, Join with Us

You can read the address online here.

The search for truth has led millions of people to The Church of Jesus Christ of Latter-day Saints. However, there are some who leave the Church they once loved.
One might ask, “If the gospel is so wonderful, why would anyone leave?”
Sometimes we assume it is because they have been offended or lazy or sinful. Actually, it is not that simple. In fact, there is not just one reason that applies to the variety of situations.
Some of our dear members struggle for years with the question whether they should separate themselves from the Church.
In this Church that honors personal agency so strongly, that was restored by a young man who asked questions and sought answers, we respect those who honestly search for truth. It may break our hearts when their journey takes them away from the Church we love and the truth we have found, but we honor their right to worship Almighty God according to the dictates of their own conscience, just as we claim that privilege for ourselves.

Some struggle with unanswered questions about things that have been done or said in the past. We openly acknowledge that in nearly 200 years of Church history—along with an uninterrupted line of inspired, honorable, and divine events—there have been some things said and done that could cause people to question.
Sometimes questions arise because we simply don’t have all the information and we just need a bit more patience. When the entire truth is eventually known, things that didn’t make sense to us before will be resolved to our satisfaction.
Sometimes there is a difference of opinion as to what the “facts” really mean. A question that creates doubt in some can, after careful investigation, build faith in others.

And, to be perfectly frank, there have been times when members or leaders in the Church have simply made mistakes. There may have been things said or done that were not in harmony with our values, principles, or doctrine.
I suppose the Church would be perfect only if it were run by perfect beings. God is perfect, and His doctrine is pure. But He works through us—His imperfect children—and imperfect people make mistakes.

When those moments come and issues surface, the resolution of which is not immediately forthcoming, hold fast to what you already know and stand strong until additional knowledge comes.

The second observation is a variation of the first. When problems come and questions arise, do not start your quest for faith by saying how much you do not have, leading as it were with your “unbelief.” That is like trying to stuff a turkey through the beak! Let me be clear on this point: I am not asking you to pretend to faith you do not have. I am asking you to be true to the faith you do have. Sometimes we act as if an honest declaration of doubt is a higher manifestation of moral courage than is an honest declaration of faith. It is not! So let us all remember the clear message of this scriptural account: Be as candid about your questions as you need to be; life is full of them on one subject or another. But if you and your family want to be healed, don’t let those questions stand in the way of faith working its miracle.

So be kind regarding human frailty—your own as well as that of those who serve with you in a Church led by volunteer, mortal men and women. Except in the case of His only perfect Begotten Son, imperfect people are all God has ever had to work with. That must be terribly frustrating to Him, but He deals with it. So should we. And when you see imperfection, remember that the limitation is not in the divinity of the work. As one gifted writer has suggested, when the infinite fulness is poured forth, it is not the oil’s fault if there is some loss because finite vessels can’t quite contain it all. Those finite vessels include you and me, so be patient and kind and forgiving.

From “The Prophet Joseph Smith”:

In counseling patience, I simply mean that while some answers come quickly or with little effort, others are simply not available for the moment because information or evidence is lacking. Don’t suppose, however, that a lack of evidence about something today means that evidence doesn’t exist or that it will not be forthcoming in the future. The absence of evidence is not proof.

When I say don’t be superficial, I mean don’t form conclusions based on unexamined assertions or incomplete research, and don’t be influenced by insincere seekers. I would offer you the advice of our Assistant Church Historian, Rick Turley, an intellectually gifted researcher and author whose recent works include the definitive history of the Mountain Meadows Massacre. He says simply, “Don’t study Church history too little.”

Finally, don’t neglect the Spirit. As regards Joseph Smith, we seek learning both by study and by faith. Both are fruitful paths of inquiry. A complete understanding can never be attained by scholarly research alone, especially since much of what is needed is either lost or never existed. There is no benefit in imposing artificial limits on ourselves that cut off the light of Christ and the revelations of the Holy Spirit. Remember, “By the power of the Holy Ghost, ye may know the truth of all things.”