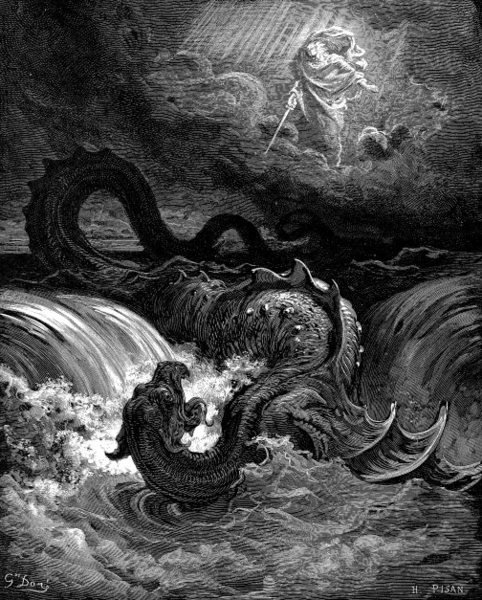 Not according to Ziony Zevit.

“In the beginning God created the heaven and the earth.” On the basis of this well-known rendering, it can be argued that the ancient Israelites believed in creation ex nihilo, that is, creation out of nothing. This happens not to be the case. . . . A stricter, non-interpretive translation of the same verse is “In the beginning of God’s creating the heavens and the earth,” which indicates that this verse is not a sentence but a circumstantial clause in a long, complicated sentence spread out over three biblical verses. It describes the state of matter in the cosmos before God set about ordering the chaotic mix of darkness, earth, wind, and water to create the heavens and the earth.

Zevit then goes on to compare Genesis 1 to, you guessed it, the Enuma Elish. (Marduk be praised!) He says that the two creation myths “reflect the same idea,” i.e., creation from pre-existing matter.

I can think of one guy who said the exact same thing about Genesis 1 in 1844 . . . and he only had one semester’s worth of training in biblical Hebrew.

(P.S. I have an entire treatment of this in my forthcoming article “Council, Chaos, and Creation in the Book of Abraham.” Look for it in the next month or two in the Journal of the Book of Mormon and Other Restoration Scripture.)

1 thought on “Does the Bible Teach Creation Ex Nihilo?”