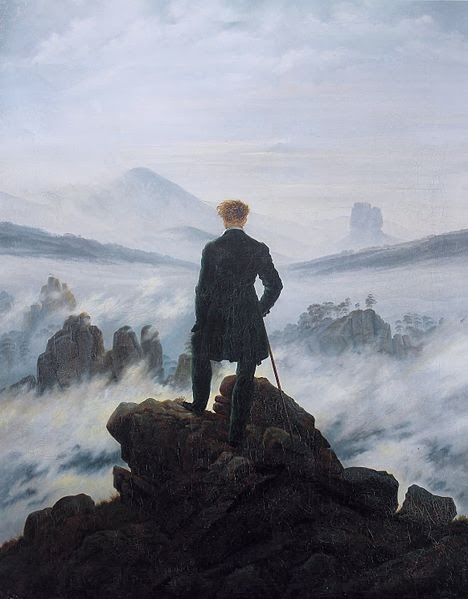 Anyone who knows me knows that I’m a sucker for Romanticism. One of my favorite books of all time is Die Leiden des jungen Werthers by the King of Romanticism, Johann Wolfgang von Goethe. (Incidentally, tomorrow I begin a new semester at BYU which will include a seminar on Goethe. I am very excited!) One of my favorite poets/artists is William Blake, with Percy Bysshe Shelley not far behind. (I just re-read the powerful Shelley poem Ozymandias yesterday.)

As such, imagine my delight when I came across the work of Terryl Givens, who has convincingly argued that Joseph Smith falls within the Romantic tradition, albeit on a somewhat idiosyncratic level.

My friend Brandon has a new blog post discussing Joseph as a Romantic visionary, and incorporates some Givens (as well as some Bushman and a healthy dosage of Hegel). It’s worth a read. Many of the things Brandon touches on in his blog post have been discussed by Givens and others. For example, consult these sources on the theme of Joseph Smith as a Romantic:

Unfortunately, I could not find the last two online. But I did find this from Givens, which is basically a pre-published manuscript of his article in the Journal of Mormon History.

(A lot of this material has been converted into Givens’ recent book The God Who Weeps. An excellent book, by the way, that I highly recommend.)

I end with this.

Whereas a recurring Christian propensity is to give closure to our readings and interpretations [of the Old Testament], it is recurrently Jewish to recognize that our readings are always provisional, because there is always another text, always another commentary, always another rabbinic midrash that moves beyond any particular reading. Jewish reading knows that “final readings” are toxic and eventually lead to “final solutions.”

(Walter Brueggemann, An Unsettling God: The Heart of the Hebrew Bible [Fortress Press, 2009], 6.)

Substitute “Jewish” with “Mormon” and “rabbinic midrash” with “General Authority address”. And also add “always another revelation.” This is, I believe, a much more exciting, inviting, and stimulating paradigm to operate under than to say, for example, “Hitherto shalt thou come, but no further!” The latter is a mentality Joseph Smith despised with a passion–––and for good reason. He was a Romantic!

1 thought on “Joseph Smith the Romantic”