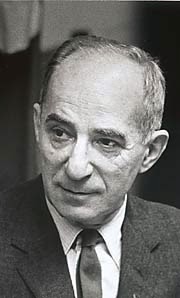 Bob Smith, in a comment on this post of mine, drew attention to E. A. Speiser’s comments on the question of creation from pre-existing matter in Genesis.

Here is what Speiser had to say.

If the first sentence states that “In the beginning God created heaven and earth,” what ensued was chaos (vs. 2) which needed immediate attention. In other words, the Creator would be charged with an inadequate initial performance, unless one takes the whole of vs. 1 as a general title, contrary to the established biblical practice. To be sure, the present interpretation precludes the view that the creation accounts in Genesis say nothing about coexistent matter. . . . On this score, at least, the biblical writers repeat the Babylonian formulation [as found in the Enuma Elish], perhaps without full awareness of the theological and philosophical implications. At all events, the text should be allowed to speak for itself.

For the record, here’s what Joseph said in the King Follett Sermon.

The head God called together the Gods and sat in grand council to bring forth the world. The grand councilors sat at the head in yonder heavens and contemplated the creation of the worlds which were created at the time. . . . In the beginning, the head of the Gods called a council of the Gods; and they came together and concocted [prepared] a plan to create the world and people it.

Now, the word create came from the word baurau [bārā] which does not mean to create out of nothing; it means to organize; the same as a man would organize materials and build a ship. Hence, we infer that God had materials to organize the world out of chaos––chaotic matter, which is element, and in which dwells all the glory.

I am amazed at Joseph Smith’s ability to recapture authentic ancient cosmology with little more than a semester’s worth of Hebrew.

(Of course, it helps that he was a prophet.)