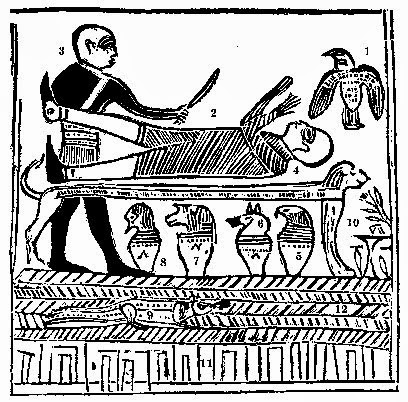 FacebookTwitterGoogleRedditSubscribe
Passions can run high when discussing certain controversies within Mormonism. The debate over the Book of Abraham and the Joseph Smith Papyri, for example, can become especially vicious. (I’ve seen first hand just how low some people can sink.)
Michael Frassetto, a professor of history at the University of Delaware and the former religion editor of the Encyclopedia Britannica, has set a good example of how to describe this controversial aspect of Mormonism without compromising one’s objectivity or fair-mindedness.

Although an important text for the church, the book of Abraham is the most controversial of the works found in the Pearl [of Great Price]. The translations and Smith’s commentary on the accompanying facsimiles illustrating various rituals have been the subject of great debate almost from the time of publication and continue to be points of controversy between church members and non-church members. A number of Egyptologists from outside the church have criticized Smith’s translations and interpretations of the papyri. Non-LDS scholars have argued that Smith’s translation of the text was highly flawed, that the text does not contain the name Abraham, and that anachronisms in the text indicate it was not written by Abraham. These scholars have also noted the similarity of the text to The Egyptian Book of the Dead and the Book of Breathings, which were compiled long after the time of Abraham and have little to do with him. Smith’s understanding of the illustrations, according to these scholars, is also problematic; they have maintained that they are depictions of common Egyptian funerary rites that have little to do with Abraham. LDS scholars have responded to these criticisms and have sought to demonstrate the accuracy of Smith’s translation and interpretation; needless to say, neither side has been convinced by the other, and as a result the controversy continues. Scholars have also identified parallels between the book and various works of Jewish and Christian pseudepigraphy.

(Michael Frassetto, “Introduction,” in Joseph Smith, The Pearl of Great Price, The Barnes & Noble Library of Essential Reading [New York, NY: Barnes & Noble, 2009], xv.)
One might quibble with some of Frassetto’s wording, but the above paragraph is a perfectly fine condensed explanation of the controversy. What strikes me, however, is Frassetto’s even-handedness. He doesn’t launch into any personal attacks, doesn’t exhibit a dismissive attitude, doesn’t pass any rash judgement, and doesn’t hurl any rhetorical barbs.
One would do well to follow Frassetto’s example of how to discuss this (and other) controversial topic(s).