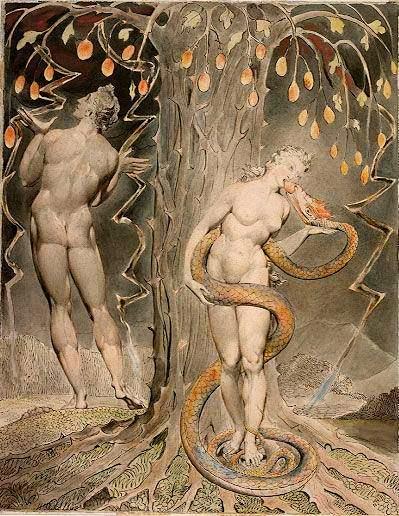 Here’s another insight from Ziony Zevit, this time about the nature of the serpent in Genesis 3.

The serpent was ‘arūwm. People characterized as ‘arūwm conceal what they feel and what they know (Prov 12:16, 23). They esteem knowledge and plan how to use it in achieving their objectives (Prov 13:16; 14:8, 18); they do not believe everything that they hear (Prov 14:15); and they know how to avoid trouble and punishment (Prov 22:3; 27:12). In sum, they are shrewd and calculating, willing to bend and torture the limits of acceptable behavior but not to cross the line into illegalities. They may unpleasant and purposely misleading in speech but are not out-and-out liars (Josh 9:4; 1 Sam 23:22). They know how to read people and situations and how to turn their readings to advantage. A keen wit and a rapier tongue are their tools.

With this in mind, consider the following example.

Now the serpent was more crafty [ערום, ‘arūwm] than any other wild animal that the LORD God had made. He said to the woman, “Did God say, ‘You shall not eat from any tree in the garden’?” The woman said to the serpent, “We may eat of the fruit of the trees in the garden; but God said, ‘You shall not eat of the fruit of the tree that is in the middle of the garden, nor shall you touch it, or you shall die.’” But the serpent said to the woman, “You will not die; for God knows that when you eat of it your eyes will be opened, and you will be like God, knowing good and evil.” (Gen 3:1–5 NRSV)

The serpent says that the woman, upon eating the fruit, would become כאלהים or “like/as God(s)”. Sectarian critics of the Church have used this as a proof text against the Mormon teaching of deification. After all, who, the criticism goes, says that men and women can become like God? Well, Satan, of course. (Never mind that the text of Genesis never says the serpent is evil, let alone Satan, as noted by Zevit and countless others.) So the Mormon doctrine of deification must be a satanic lie!

But notice what God says at the end of the chapter, after the man and woman have eaten the fruit. “Then the LORD God said, ‘See, the man has become like one of us, knowing good and evil; and now, he might reach out his hand and take also from the tree of life, and eat, and live forever'” (Genesis 3:22).

This verse is significant in two ways. First, it confirms that what the serpent had said was, it turns out, true. The man and woman did become “like one of us,” i.e. God(s). So confirmed God himself in the verse. Second, the use of the plural (כאחד ממנו, “like/as one of us”) probably indicates the presence of the divine council in the text (cf. Gen 1:26). Or at least that’s what David M. Carr says in his commentary in the New Oxford Annotated Bible.


So what, then, was the serpent being less than honest about? He bent the truth when he told the woman that as a consequence of eating the fruit “you will not die.” So the serpent really was ‘arūwm. He mixed a truth (the man and woman would become like God[s]) with a lie (they wouldn’t die), which is what ‘arūwm people do in the Bible.