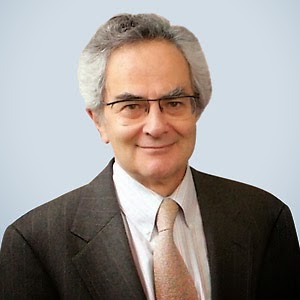 I have not yet had a chance to read Thomas Nagel’s recent book Mind and Cosmos: Why the Materialist Neo-Darwinian Conception of Nature is Almost Certainly False (Oxford University Press, 2012). However, given the negative reaction of some outspoken atheistic materialists to the book, as chronicled by Andrew Ferguson at The Weekly Standard, I think it might be worth picking up. (I welcome anything that dislodges the insufferable New Atheists even a little from their ivory towers.)

Here’s an observation by Ferguson that I especially enjoyed.

You can sympathize with [atheistic materialists] for fudging on materialism. As a philosophy of everything it is an undeniable drag. As a way of life it would be even worse. Fortunately, materialism is never translated into life as it’s lived. As colleagues and friends, husbands and mothers, wives and fathers, sons and daughters, materialists never put their money where their mouth is. Nobody thinks his daughter is just molecules in motion and nothing but; nobody thinks the Holocaust was evil, but only in a relative, provisional sense. A materialist who lived his life according to his professed convictions—understanding himself to have no moral agency at all, seeing his friends and enemies and family as genetically determined robots—wouldn’t just be a materialist: He’d be a psychopath. Say what you will about [atheistic materialists]. . . . From what I can tell, none of them is a psychopath. Not even close.
Applied beyond its own usefulness as a scientific methodology, materialism is, as Nagel suggests, self-evidently absurd. Mind and Cosmos can be read as an extended paraphrase of Orwell’s famous insult: “One has to belong to the intelligentsia to believe things like that: no ordinary man could be such a fool.” Materialism can only be taken seriously as a philosophy through a heroic feat of cognitive dissonance; pretending, in our abstract, intellectual life, that values like truth and goodness have no objective content even as, in our private life, we try to learn what’s really true and behave in a way we know to be good. Nagel has sealed his ostracism from the intelligentsia by idly speculating why his fellow intellectuals would undertake such a feat.

Speaking of materialism, there is a remarkable new book (Mormon Christianity: What Other Christians Can Learn from the Latter-day Saints [Oxford University Press, 2013]) by the Roman Catholic author Stephen H. Webb on the idea of “theistic materialism.” This may sound like an oxymoron to some, but Webb actually argues that Mormonism may in some ways be able to bridge theistic and atheistic views of the cosmos. How so? Well, with Joseph Smith’s teaching that, “There is no such thing as immaterial matter. All spirit is matter, but it is more fine or pure, and can only be discerned by purer eyes” (D&C 131:7). This startling, and, as far as I can tell, uniquely Mormon, view opens up a whole new can of theological and philosophical worms about God’s nature and role in the cosmos.

“What if Joseph Smith’s vision of God really does have something important to say to all Christians today?” Webb asks in Mormon Christianity.