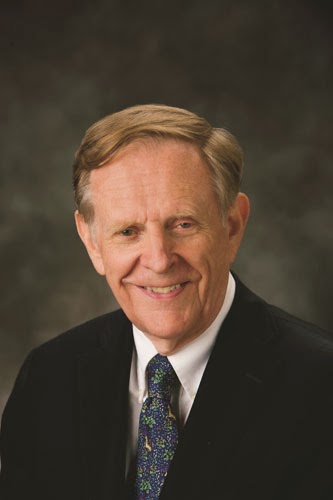 Craig A. Evans is an evangelical New Testament scholar whose book Fabricating Jesus: How Modern Scholars Distort the Gospels I received as a Christmas gift. In his book, Evans stresses the importance of using rational argument to sustain Christian faith, particularly Christian faith in the historical authenticity of the New Testament.

Some conservative Christians will, of course, simply respond [to criticism of the New Testament and Christianity] by saying, “Whatever the New Testament Gospels say about Jesus said or did I accept as historical.” That may work for those who already accept the inspiration and authority of the Bible. But what about those who would like to have sound, compelling reasons for accepting the Gospel narratives as reliable? Telling them that the Bible is inspired and therefore true without providing any criteria that historians would recognize will not satisfy them. After all, don’t Mormons say the same thing with respect to the Book of Mormon? Don’t Muslims affirm the inspiration of the Qur’an? One holy book after another could be appealed to in this manner. Is this the only defense that can be made? (p. 47)

This passage stood out to me in two ways. First, I agree with Evans that it is not enough to simply affirm the inspiration of a book as scripture without some kind of justification or argument. That may work for some believers, but there are plenty who struggle with their faith because they either are challenged by critical arguments or cannot find justification for belief in the first place. Second, while I don’t think Evans meant this disparagingly, I was somewhat taken aback at his (mis)characterization of Mormons as simply affirming belief in the Book of Mormon “without providing any criteria” or justification for belief. In fact, nothing could be further from the truth.

Consider the remarks of Richard Bushman in his nifty little volume Mormonism: A Short Introduction, published by Oxford University Press. Bushman, in a section of his book that he titles “Mormon reason,” explains that Mormons have been “attracted to the empirical tradition of science” since the earliest days of the Church. “The presentation of evidence [for the Book of Mormon] began with Joseph Smith himself” with the inclusion of the testimony of the three and eight witnesses to the plates, according to Bushman (pp. 31–32). “From that day on,” Bushman continues, “Mormons have collected evidence in support of the Joseph Smith story and more particularly the Book of Mormon” (p. 32). Specifically, Bushman notes that Mormons have focused their attention on the following questions: “Is there archaeological evidence of [Book of Mormon] civilization? Do [Book of Mormon] practices conform to what is known of ancient Near Eastern and American life? Could the Book of Mormon have emerged from antiquity, or does it bear signs of nineteenth-century origins?” (32).

Bushman answers these questions in the affirmative. “These questions,” he notes, “have generated a huge literature. [Mormon scholars] have produced vast amounts of evidence for the Book of Mormon’s historical authenticity” (p. 32). Bushman specifically lists the Nahom toponym, the throne theophany of Lehi, and chiasmus in the Book of Mormon as examples of the sort of evidence offered on behalf of the Book of Mormon. (I have, incidentally, written on the first two of these subjects, which you can read here and here.) “Although such pieces of evidence are small taken individually,” says Bushman, “cumulatively they impress Mormon rationalists” (p. 32).

Bushman then goes on to give a brief plug for the work of what was formerly the Foundation for Ancient Research and Mormon Studies (now the Neal A. Maxwell Institute for Religious Scholarship) (p. 33). Incidentally, Bushman is not the only one to recognize the significance of the work done by the Maxwell Institute. Two non-Mormon scholars, Carl Mosser and Paul Owens, urged in 1997 that “the evangelical world needs to wake up and respond to contemporary Mormon scholarship. If not, we will lose the battle without ever knowing it” (link here). To their credit, Mosser and Owens went on to edit a book that attempted to engage this “contemporary Mormon scholarship.” Their example should be followed by other evangelicals who want to be taken seriously in this regard.

Bushman concludes his discussion by observing that, “At bottom, Mormons think that each person must choose what to believe” (p. 33). This is what Terryl Givens has eloquently articulated in a recent essay.

What we choose to embrace, to be responsive to, is the purest reflection of who we are and what we love. That is why faith, the choice to believe, is, in the final analysis, an action that is positively laden with moral significance. The call to faith, in this light, is not some test of a coy god waiting to see if we “get it right.” It is the only summons, issued under the only conditions which can allow us to reveal fully who we are, what we most love, and what we most devoutly desire. Without constraint, without any form of mental compulsion, the act of belief becomes the freest possible projection of what resides in our hearts. Like the poet’s image of a church bell that reveals its latent music only when struck, or a dragonfly that flames forth its beauty only in flight, so does the content of a human heart lie buried until action calls it forth. The greatest act of self-revelation occurs when we choose what we will believe, in that space of freedom that exists between knowing that a thing is and knowing that a thing is not.

I choose to believe the claims of Joseph Smith. I make this choice not by blind faith, as Evans and others may think, but after having carefully weighed the evidence for and against the Prophet and his works and having sought confirmation from God. I don’t pretend to be totally objective, and I realize that, having been raised a Mormon, my background is such that I am wont to given Joseph and the Church the benefit of the doubt on a lot of issues. That being said, I have tried to be honest with myself and others in how I critically assess and grapple with the arguments for and against Mormonism, and I can honestly say that I think a good rational case can be made for Mormonism. Bushman observes that “many Mormons are persuaded that the evidence [for the truthfulness of Mormonism] is overwhelming” (p. 33). While I don’t know that I’d say the evidence for Mormonism is “overwhelming,” I do think it’s very persuasive and impressive, and I would invite anyone to take another look at the claims of the Church with an open mind and an open heart.