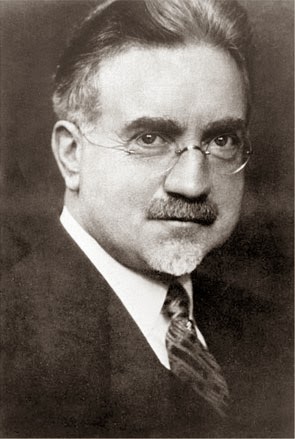 [I wrote this paper for my history class as part of having recently read Milton Steinberg’s excellent novel As a Driven Leaf. Some of my thoughts in this paper come from my article published a few years ago in Interpreter: A Journal of Mormon Scripture.]

At one point in his novel As a Driven Leaf, Milton Steinberg includes a discussion between
Elisha, the protagonist of the novel, and his rhetoric instructor Antiphanes.
Elisha is a disillusioned Jew who has turned to find meaning in Greek
philosophy. At one point the discussion turns to the question of the
relationship between faith and reason. A rueful Elisha explains to Antiphanes
that he cannot go back to his Jewish belief. “Revelation must either be
accepted or rejected,” Elisha insists. “I had to choose between faith
and reason. I have chosen the latter.”[1] While this attitude may be prevalent amongst many, I will argue in this paper
that from a Latter-day Saint perspective faith and reason are not adversarial
with each other.

There are several scriptures in the Doctrine and
Covenants that emphasize the importance of seeking truth “by study and
also by faith” (D&C 88:118). “Seek not for riches but for wisdom,” admonishes D&C 6:7.
“Study and learn and become acquainted with all good books, and
with languages, tongues and people,” we are instructed in
D&C 90:15. “Obtain a knowledge of history, and of countries, and of
kingdoms, of laws of God and man,” dictates D&C 93:53. The Latter-day Saints, accordingly, have long been keen
students of history and cultures, and have tried their best to use both
spiritual and rational methods of arriving at truth.

Ideally, therefore, Latter-day Saints should not
be afraid of complimenting spirituality and rationality. However, this ideal
can sometimes be challenged by very real-world intellectual challenges. Some
scientific or scholarly theories seem completely incompatible with key tenets
of Mormonism. For example, if atheistic materialists are correct that the human
mind is nothing more than the pre-determined collision of atoms acting on
natural law, then the Mormon concept of agency, or the ability to choose
between right and wrong, cannot be sustained. What, then, is to be done when
such conflicts between faith and reason arise?

First, I will briefly address what should not be done. Unlike Elisha, who painted
himself in a corner with a very fundamentalist mindset, one should not dogmatically assert that there can
only be one right answer, or only one right way of thinking, and that if
something else cannot be squared with that one answer or way of thinking it is
therefore false. This was Elisha’s mistake when he insisted to Manto that
“every proposition . . . [must be] proved by rigid logic” similar to
that contained in Euclid’s Elements of
Geometry.[2]
This, Elisha incorrectly concluded,
is the only valid method of determining whether not only mathematics was
correct, but also if “religion, philosophy, and morality” could
“be successfully applied” in a real-world setting.[3] In
fact, there are multiple epistemologies or ways of determining the truth. Some
are sensory, others are intuitive, and yet others are revelatory. From a
Latter-day Saint perspective all of these methods of determining truth are
valid and can yield different important results. Having differing epistemologies, therefore, is not the same as having contradictory epistemologies.

So if one should eschew the dogmatism of Elisha,
what should one do? First, as explained by Terryl Givens, the religion restored
by Joseph Smith is not one of final, infallible answers. Rather, it is a faith
that is eager to explore and search for new and greater truths to compliment
what truth is already known. As Givens explains, Mormonism is a religion that
values “the process, the ongoing, dynamic engagement, the exploring,
questing, and provoking dialectical encounter with tradition, with boundaries,
and with normative thinking [that] should not be trammeled or impeded with
clerks and scribes looking for the final word, interrupting a productive
process of reflection, contestation, and creation.”[4]
Said another way, “We believe all that God has revealed, all that He
does now reveal, and we believe that He will yet reveal many great
and important things pertaining to the Kingdom of God” (Article of Faith
9). Surely, then, as Givens observes, “A study of Joseph Smith seems to
always come back to the dynamics of the revelatory process, rather than the
finality of a polished product; the structure of his thinking, rather than the
end result of his thought.”[5]

What does this mean? It means that when
contradictions between faith and reason appear to exist, it may very well be
that it exists because of our limited understanding of the subject(s) being
studied. If God is a source of all truth, both of things eternal and of things
earthly, then the problem is not that God is contradicting himself, but rather
that we, with fallible, limited human language and reasoning faculties, do not
have the capability to fully harmonize or recognize this truth. We can see this
in Elisha’s distraught ponderings on the creation account in Genesis. From the
perspective of his rabbinical training, Elisha was not able to square his
belief with the possibility suggested by “some Greeks” that
“water was the primeval substance as old as God, [and] that the entire
creative word had given to material things not existence, but only form.”[6]
Nor was Elisha capable of reconciling the plural of Genesis 1:27 with his
current paradigm, as he worried over the idea that someone else “was with
Him in that awesome moment” of creation.[7]
Instead of using this ambiguity as an opportunity to seek more truth and
understanding, however, Elisha too quickly concluded that a contradiction in
the scriptures means he cannot trust the scriptures. This is a fallacy, and
stems not from sound reasoning, but from fundamentalist assumptions.

To apply this principle to my own field of
study, I am currently grappling with the ideas of the Documentary Hypothesis
and my acceptance of the Pentateuch as inspired scripture. Briefly put, the
Documentary Hypothesis argues that the first five books of Moses in the Bible
are not the composition of a single prophetic author (Moses), but rather the
result of centuries of redaction of disparate sources. As a Latter-day Saint
who is majoring in ancient Near Eastern Studies, I am trying to think
critically on how I can accept or harmonize these two seemingly contradictory
positions. I am aware that different Mormon scholars have proposed different
ways of dealing with this issue, but I still do not have an entirely
satisfactory answer
for myself.[8]
I am, however, optimistic that the Documentary Hypothesis can be compatible
with my Latter-day Saint paradigm. There will probably have to be some give and
take on both sides of the issue, and I don’t know that any one person
(certainly not I) has fully articulated such compatibility, but I think it’s
possible. ﻿I try to mend my attitude, then, to not be one of dogmatism (like
Elisha’s), but instead one of curiosity and open-mindedness.

In
conclusion, I cannot help but summarize my thesis (that Mormonism
welcomes both faith and reason) by reiterating Akiba’s retort to Elisha when
the presumptuous young scholar accused him of “accept[ing] doctrines on
blind faith.”[9]
“By what right,” Akiba responded, “do you presume to call my
attitude blind? Belief need not be unseeing. Is it a darkening of counsel to
admit that truth is not a matter of the mind alone, but of the heart and
experience also? Since it cannot be obtained by reason unaided, faith is
indispensible both as a base on which thought may stand, and as a checkrein
when logic goes astray.”[10]
This is fundamentally my attitude towards the entire faith vs. reason debate. I
believe it is highly misguided to try and pit the two against each other, as
the two need not be intrinsically contradictory. As a Latter-day Saint I am
willing to accept what I do know, but also be patient in anticipating future
truths and humble in acknowledging that I don’t know everything. I am also not
willing to lose faith in what I do know because of what I don’t know. Nor do I
believe any Latter-day Saint should either, as our religion is capable of
harmonizing faith and reason. A broken Elisha himself, at the end of the novel,
comes to see the truth of this. “Faith and reason are not
antagonists,” a dejected Elisha finally admits his servant Meir. “On
the contrary, salvation is through the commingling of the two, the former to
establish first premises, the latter to purify them of confusion and to draw
the fulness of their implications.”[11] It
is thus my hope that we, as Latter-day Saint disciple-scholars, like Elisha, will
“go seeking now, through faith and reason compounded, the answer to this
baffling pageant which is the world.”[12]