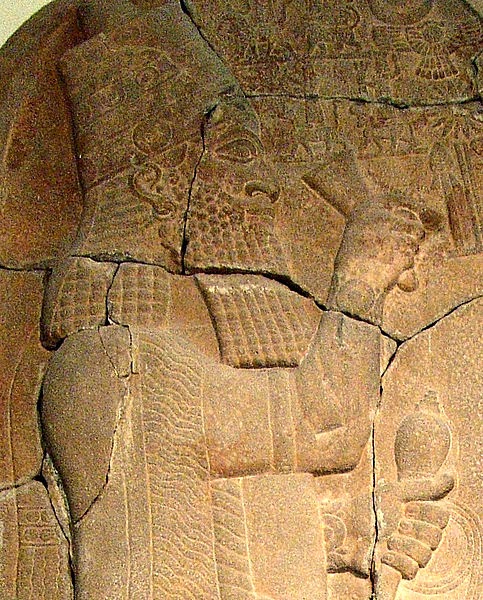 You can never tell what neat little things you’ll find lying around in ancient archives. For example, the archives of the Assyrian king Esarhaddon (who reigned from 681–669 BC) contains a text (Simo Parpola calls it a “Meal of Covenant”) that reads as follows.

The word of Ištar of Arbela to Esarhaddon, king of Assyria: Come, gods, my fathers and brothers, [enter] the cove[nant . . .] (Break) [She placed] a slice . . . on the [ter]race and gave them water from a cooler to drink. She filled a flagon of one seah with water from the cooler and gave it to them with the words: “In your hearts say, ‘Ištar is slight,’ and you will go to your cities and districts, eat (your) bread and forget this covenant. (But when) you drink from this water, you will remember me and keep this covenant which I have made on behalf of Esarhaddon.”

Compare this with the liturgical prayers of Moroni 4–5.

The idea of participating in a ritual meal to remember covenants with a deity is thus not unique to the Nephites of AD 420 or the Latter-day Saints of AD 2014. Also, while it was Jesus that instituted the sacrament amongst the Nephites (cf. 3 Nephi 18), this idea of a ritual meal goes back much earlier.