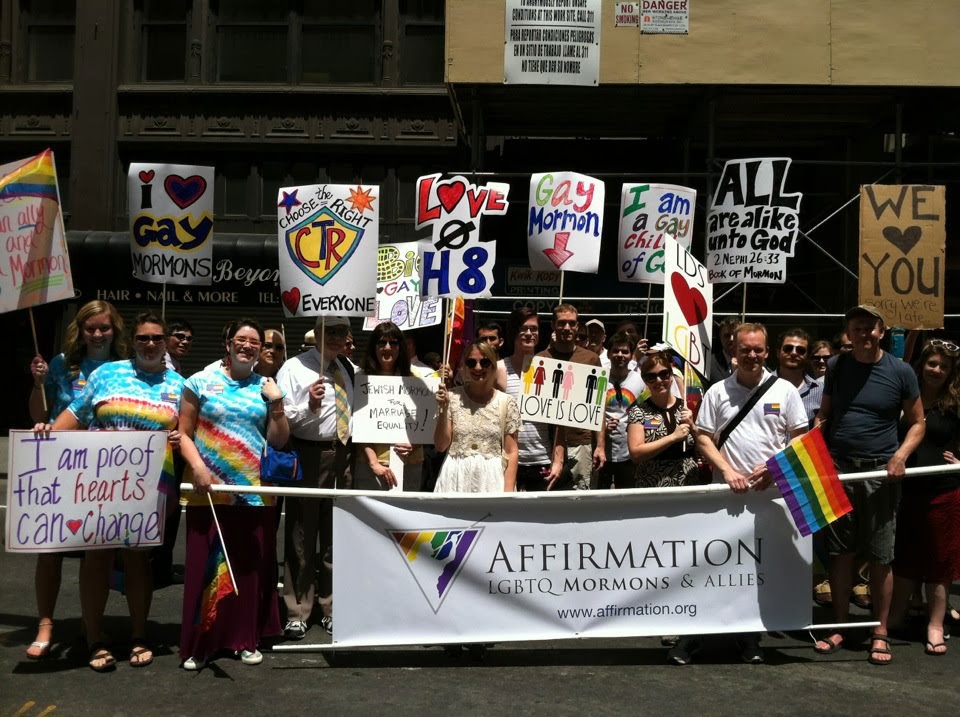 I’ve heard, on many occasions, liberal or progressive Mormons* repeat the scriptural mantra “all are alike unto God” (2 Nephi 26:33) in their activism for feminist or LGBT issues. Take this image below, for example, or this website promoting more inclusive gender roles in the Church.

Nephi then concludes by insisting that “none of these iniquities come of the Lord,” and instead that “he inviteth them all to come unto him and partake of his goodness; and he denieth none that come unto him, black and white, bond and free, male and female; and he remembereth the heathen; and all are alike unto God, both Jew and Gentile” (v. 33). Read in context, then, Nephi is not saying that men and women should have completely equal roles in the Church, or that God is accepting of any sexual lifestyle. He’s saying that regardless of your ethnicity, race, gender, or religion you have an equal opportunity to come unto Christ and work for Zion. Notice too that Nephi specifically gives a list of sins people cannot commit and expect to just be okay. “[T]hey should do none of these things; for whoso doeth them shall perish” (v. 32).
I’m not saying that being an activist for these issues is sinful. Nor am I saying that you cannot be a good Church member if you are an activist for these issues. What I am saying is that while it’s understandable for people to pick up slogans that they can use in their activism (including scriptural slogans), slogans can be problematic when they wrest the context of the passage they’re lifting from.

(Incidentally, if I were an LGBT activist, I would be especially leery of using 2 Nephi 26:33 as a slogan for my cause, since Nephi specifically lists “whoredoms” as unacceptable behavior for a laborer of Zion. Webster’s 1828 dictionary defines “whoredom” as “lewdness; fornication; practice of unlawful commerce with the other sex. It is applied to either sex, and to any kind of illicit commerce.” Based on this, I can’t help but think that Nephi would probably not be too pleased with some of the kind of LGBT activism being promoted by some Church members.)

* Before anyone accuse me of using this label pejoratively, let me remind the reader that I consider myself (politically and religiously) to be moderately liberal and progressive on a number of issues.