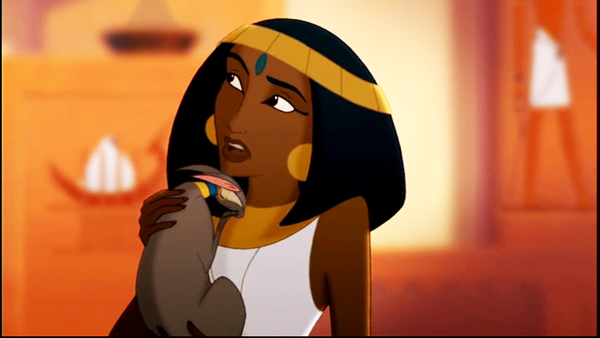 Today I taught lesson 12 in Sunday School on Joseph in Egypt. One verse I highlighted was Genesis 41:45.

Pharaoh gave Joseph the name Zaphenath-paneah; and he gave him Asenath daughter of Potiphera, priest of On, as his wife. Thus Joseph gained authority over the land of Egypt.

I asked the class what they thought about the fact that according to the biblical text Joseph married a non-Israelite. The question of why a faithful Israelite like Joseph would marry a pagan Egyptian was so perplexing to some ancient Jews during the Hellenic period that an apocryphal text called “Joseph and Aseneth” was written to try and explain it. (For a very general overview of this text, see this Wikipedia article. For a more in-depth look, consult C. Burchard’s introduction to his translation of the text in Charlesworth’s The Old Testament Pseudepigrapha.)

The answer posited in Joseph and Aseneth is, of course, that Joseph converted his Egyptian wife-to-be before marrying her.

Here is Joseph’s prayer for Aseneth, for example.

O Lord, the God of my father Israel, the Most High, the Mighty One,
Who didst quicken all things, and didst call them from darkness into light.
And from error into truth, and from death into life;
Do thou, O Lord, thyself quicken and bless this virgin,
And renew her by thy spirit, and remould her by thy secret hand,
And quicken her with thy life.
And may she eat the bread of thy life,
And may she drink the cup of thy blessing,
She whom thou didst choose before she was begotten,
And may she enter into thy rest, which thou has prepared for thine elect.

Aseneth then spends several chapters praying and confessing to God as she seeks forgiveness. She is eventually converted to the God of Israel, with Pharaoh then pronouncing this blessing on Joseph and Aseneth at their wedding.

And Joseph got up early in the morning, and he sent away to Pharaoh and told him about Aseneth. And Pharaoh sent and called Pentephres and Aseneth. And Pharaoh was astonished at her beauty and said, “The Lord will bless you, even the God of Joseph, who has chosen you to be his bride, for he is the first-born son of God, and you will be called daughter of the Most High, and Joseph shall be your bridegroom for ever. And Pharaoh took golden crowns and put them on their heads and said, “God Most High will bless you and prosper your family for ever.” And Pharaoh turned them towards each other, and they kissed each other. And Pharaoh celebrated their wedding with a banquet and much merry-making for seven days; and he invited all the chief men in the land of Egypt. And he issued a proclamation, saying, “Any man who does any work during the seven days of Joseph and Aseneth’s wedding shall die.” And when the wedding was over and the banquet ended, Joseph had intercourse with Aseneth; and Aseneth conceived by Joseph and bore Manasseh and his brother Ephraim in Joseph’s house.

So for all you single RMs out there looking for a potential wife, don’t feel like hope is lost if you fancy a non-member. Follow the example of Joseph of Egypt and flirt to convert!