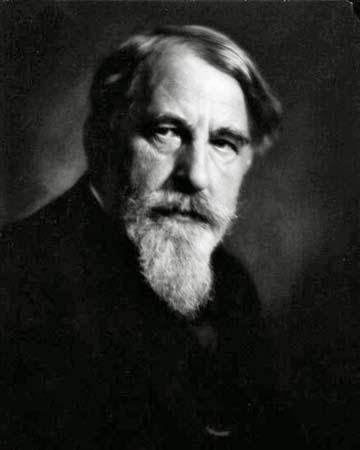 [This paper was written for one of my classes on Fin de siècle Viennese literature.]

Introduction
Readers of Arthur Schnitzler’s 1901 novella Lieutenant Gustl may, upon first encountering the text, feel somewhat overwhelmed by a seemingly chaotic literary structure filled with run-on and disjointed sentences, frequent breaks, and short focus. Notwithstanding this seemingly troublesome structure, there are actually present in the text a number of subtle literary and narrative devices that add meaning and depth to the story of the young eponymous Austrian officer contemplating suicide after a man from the lower class insults him. One such literary device that spills across almost the entire plot of this novella is the use of irony. From its very first scene to its climax at the end, the text is replete with irony. But how is irony used in Lieutenant Gustl as a narrative device, and what does this potentially tell us about the text’s portrayal of Gustl? As I shall argue, Schnitzler uses irony to highlight the follies of young Gustl and turn the entire plot into a farce.

The first example of irony that I will discuss can be found in the opening scene of Lieutenant Gustl, where Gustl is in attendance at an oratorio (Schnitzler 7). As would be expected of any self-respecting officer, the reader sees Gustl obligingly rubbing shoulders with Vienna’s bourgeoisie at the “Wiener Musikverein am Karlsplatz im I. Wiener Gemeindebezirk” (Schnitzler 49).[2] However, Gustl is irredeemably bored. “Wie lang wird denn das noch daurern?” Gustl impatiently asks himself as he checks and re-checks his watch (Schnitzler 7). In fact, he is so bored that he even has to remind himself what he is watching. “Was ist es denn eigentlich? Ich muss das Programm anschauen … Ja, richtig: Oratorium! Ich hab’ gemeint: Messe” (Schnitzler 7). The reader thus sees that Gustl really has no interest in the fine arts. Is he in attendance, then, for an ulterior purpose?

In fact, it is soon revealed why Gustl is at the Musikverein: women. Gustl’s sexual appetite not sated with his current lover Steffi (Schnitzler 8), the young officer notices and comments on the physical (read: sexual) features of no fewer than: (1) his friend Kopetzky’s sister (Schnitzler 7), (2) a chorus of “mindestens hundert Jungfrauen” (Schnitzler 7), (3) “das Mädel drüben in der Loge” (Schnitzler 7), (4) an anonymous group of beautiful Jewish women that Gustl encounters after the performance has ended (Schnitzler 14), and (5) “das hübsche Mädel” that Gustl finds standing “am Geländer” (Schnitzler 14). It is apparent from the text that the fairer sex captivates Gustl, as the mere sight of a woman so easily diverts his attention and engages his fantasy.
But how is this ironic? First, it is ironic that Gustl is at the concert not out of a genuine appreciation for the arts. Indeed, Gustl can’t wait to for the program to actually end. “Jetzt wird’s doch bald aus sein?” Gustl complains during the performance (Schnitzler 9). Gustl is no patron of the arts, in other words. This runs contrary to what the reader would expect in a refined Austrian officer. Second, it is ironic that Gustl, who, as an officer, is supposed to be representing the excellence of the Kaiser and the majesty of the Austro–Hungarian Empire, has nothing else on his mind but sex. Niekerk has already called attention to the eroticism present in this scene, but he fails to note the irony (Niekerk 100).[3] The reader would expect a supposedly gentlemanly officer like Gustl to be interested in art, but in fact Gustl doesn’t have much regard for the concert itself, as Gustl’s pretense for being at the concert is based on no more than carnal satisfaction. In just a few lines, then, Schnitzler shatters the stereotypical portrayal of the refined, elegant, cultured military man with an incisive use of irony.
The final ironic moment in the opening scene at the concert, which is also the climax of the scene, is where Gustl gets in a scuffle with a “Bäckermeister,” who insults Gustl by calling him a “dummer Bub” and grasping the hilt of his sword (Schnitzler 15). At first Gustl is shocked, as the reader would rightly expect him to be: “Ja, was macht er denn? Mir scheint gar . . . ja, meiner Seel’, er hat den Griff von meinem Säbel in der Hand . . . Ja, ist der Kerl verrückt?” (Schnitzler 15). Gustl continues to quietly panic during the entire ordeal until the baker releases the hilt of the sword and reassures Gustl with palpable condescension:

[3]: Niekerk (100–101), does, however, notice a different bit of irony in this scene. He notes that the oratorio being sung in this scene, based on the one line quoted in the text (“Ihr, seine Engel, lobet den Herrn”[Schnitzler 13]) is likely Felix Mendelssohn’s Paulus. This is ironic, as Gustl, who betrays hints of anti-Semitism in this scene (e.g. Schnitzler 9, 14), seems unaware that a Jewish composer wrote the oratorio he is currently listening to.