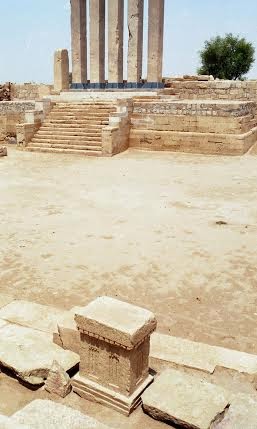 Warren Aston has a piece in Meridian Magazine on the NHM altar inscriptions that’s worth reading. Aston, having presented his findings on the Nihm tribe of Yemen at such places as Cambridge University, is one of the leading experts in the study of this topic.

Besides discussing the history of this site, as well as providing a brief overview of the history of the LDS scholarly attention devoted to it, Aston also notes the unimpressive response of minimalist critics to this evidence.

Unsurprisingly, the response to this discovery by anti-Mormon and cultural-Mormon critics has been quite different. Although several years have now passed, most have not responded to the development at all, moving on to attack other aspects. But, of those who have responded, all have failed so far to engage with the facts; none have yet offered a coherent response.

He then cites this article as suggested further reading.

1 thought on “Finding the First Verifiable Book of Mormon Site”