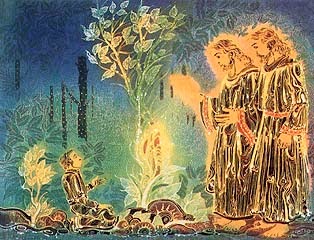 I must confess that I’ve never really been bothered by the fact that Joseph Smith left different accounts of his First Vision. Even as a teenager, when I first heard about the different accounts, I realized pretty quickly that most of the “contradictions” between the accounts were largely inconsequential, and didn’t majorly compromise the central aspect of Joseph’s claim. When I entered college and began studying history academically, including the methodology behind critically analyzing historical sources and accounts, I became even more convinced that most of the criticisms against the First Vision are little more than an exercise in making mountains out of molehills. Besides the fact that some criticisms of the First Vision are based on faulty information concerning the sources themselves, other criticisms are based largely on faulty assumptions about how to handle conflicting historical sources.

Stephen Prothero is a professor of religion at Boston University and the author of many books on world religion. Interestingly, here’s what Prothero has to say about criticisms of Joseph Smith’s accounts of his First Vision.

Critics of Mormonism have delighted in the discrepancies between the canonical [1838 Pearl of Great Price] account and earlier renditions, especially one written in Smith’s own hand in 1832. For example, in the 1832 version, Jesus appears to Smith alone, and does all the talking himself. Such complaints, however, are much ado about relatively nothing. Any good lawyer (or historian) would expect to find contradictions or competing narratives written down years apart and decades after the event. And despite the contradictions, key elements abide. In each case, Jesus appears to Smith in a vision. In each case, Smith is blessed with a revelation. In each case, God tells him to remain aloof from all Christian denominations, as something better is in store.[1]

This is exactly the point that has been made by historians such as Steven C. Harper, who has published extensively on the First Vision.[2] Historians recognize that conflicting historical accounts, in and of themselves, do not automatically demonstrate that the event being described by the accounts never happened, or that the originator(s) of the source(s) is (are) lying. Given the fallibility of human memory and language, it would be totally unreasonable to expect anyone, prophet or otherwise, to be able to perfectly retell or describe past events, especially when doing so on a number of different occasions over the course of many years.

That being said, as I think the sources in note 2 below abundantly demonstrate, the variations in the narrative and historical details of Joseph Smith’s accounts of his First Vision aren’t nearly as damning to the Prophet’s credibility as his critics typically make them out to be.