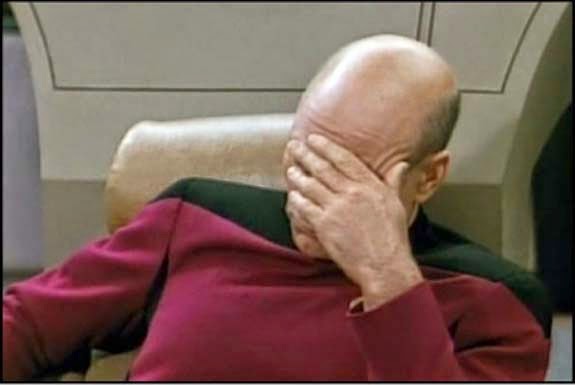 [Cross posted from the FairMormon Blog.]
An anonymous author* writing at the MorningStar Post blog “had an awful time putting [a] story together” on “the number of Latter Day Saints [sic] that are actually considered active,” and that Mormons are, per the title of the post, allegedly “leaving their religion in record numbers around the world.” (Link) What is the cause of this dire situation for the Church, and why was it so awful for the author to write on it? According to the article, which quotes an unnamed “high-ranking leader in Salt Lake City,” it is because “of unprecedented scrutiny of our doctrines and beliefs and stemming from the white washing of our own history, and the rise of social media sites where members and potential converts can learn of our hidden problems.”
This claim has been made before on many websites critical of The Church of Jesus Christ of Latter-day Saints. It is a common trope for critics to say that the Church is nearing extinction because of the supposedly damning real history of Mormonism it has been hiding from its unsuspecting members. Instead of revisiting these claims in general, I want to focus specifically on the content of the blog post published by the MorningStar Post. To put it bluntly, and very charitably, the article is highly problematic. The author’s use of anonymous sources is extremely questionable, and both factual errors and blatant plagiarism also plague the article. In short, the article makes totally dubious and unsubstantiated claims about both LDS Church hierarchy and Mormon history.

Before anything else, I feel it is important to point out the rather brazen plagiarism in the article. Consider, for example, this from article.

For those members who discover unflattering information about the church’s history from online sources, the whole picture changes in an instant. For some church leaders that want to save what’s left of a crumbling organization and prevent even more mass exodus, the idea of being honest has been posed to the church hierarchy. “Give the membership the whole story from the very beginning,” says LDS Church scholar, Richard Bushman, author of the acclaimed biography Joseph Smith: Rough Stone Rolling. “If the disruptive facts are worked into the history here as they grow up, they won’t be turned upside down when they come across something negative.” Another Mormon scholar adds, “If you tell a 12-year-old that Joseph Smith used a magical peep stone in a hat to translate The Book of Mormon, he’ll think that’s cool or interesting, but when Latter-Day Saints find out on the internet at age 50, they’ll ask, why didn’t the church tell me?”

As it turns out, these lines are actually cribbed from an article published in the Salt Lake Tribune on February 3, 2012:

For those who discover unwelcome information about the church’s history online, Bushman said, “the whole picture changes in a flash — like those optical illusions that show a beautiful woman and a hag.” The best way to prevent this from happening, Bushman said, is to give Mormons “the whole story from the beginning. If the disruptive facts are worked into the history Latter-day Saints learn as they grow up, they won’t be turned upside down when they come across something negative.” Indeed, said Givens, “if you tell a 12-year- old child that Joseph Smith used a ‘peep stone’ in a hat to translate the Book of Mormon, he’ll think that’s cool or interesting.” (Link)

You’ll notice that the plagiarized excerpt from the Salt Lake Tribune has been manipulated just enough to try and pass it off as original reporting. The article from the Tribune is itself a legitimate and reputable source, and it would normally be totally appropriate to quote and cite the original story in its context. However, what the author has done here is not only plagiarize the Tribune article, but also repackage it in a biased manner. Thus “unwelcome information” becomes “unflattering information,” and the section that would normally illustrate the two sides to the issue is replaced with the entirely made up notion that the church is “crumbling.” The nonsensical claim of a “mass exodus” is also thrown in for good measure. In short, the author keeps what elements of the real news story are useful, and then creates a fictional context for the comments of these LDS scholars–––a fictional context that distorts meaning.
But that’s not all. Consider the following quotation from Elder Steven E. Snow, as given in the MorningStar Post article.

According to official church historian, Elder Steven E. Snow, the changes the church is making are to try to reverse the growing defection members are experiencing when they find out about the disturbing details of church history that they never knew about. “They, the essays, are not designed to restore people’s faith as much as they are designed to lessen future disaffection. Members who come across damning information for the first time and turn to LDS.org to see what the church says on the matter–the goal is to give them a faithful response while still acknowledging the complexity of the issue.[sic]

This is lifted directly from the anti-Mormon website MormonThink’s discussion of the new Gospel Topics essays.

The essays and changes the Church is making are to try and reverse the growing defection members are having when they find out about the disturbing details of Church history that they never knew about. Elder Snow has reportedly stated as such:
This much is clear: They [the essays] are not designed to restore people’s faith as much as they are designed to lessen future disaffections; Members who come across damning information for the first time and turn to LDS.org to see what the Church says on the matter. The goal is to give them a faithful response while still acknowledging the complexity of the issue.”

The plagiarism here is easy to detect when the blog post takes the editorial comment provided by MormonThink and embeds it in the text as a part of the original quote. The explanatory note given by MormonThink is passed off as words from the mouth of Elder Snow.
But there’s an even bigger problem with this quote. Besides the fact that it’s been plagiarized, Elder Snow never made it. The quote plagiarized from MormonThink appears to originally come from the New Order Mormon online forum from 2013. The comment comes from a poster with the handle “epiginosko”:

This much is clear: they are not designed to restore people’s faith as much as they are designed to lessen future disaffections; members who come across damning information for the first time and turn to LDS.org to see what the church says on the matter. The goal is to give them a faithful response while still aknowledging [sic] the complexity of the issue.

For some years now, the Church History Department has spearheaded a major undertaking to publish all the documents and other materials we can locate that were ever generated by or under the direction of the Prophet. It is known as the Joseph Smith Papers Project. It is anticipated that this project will produce about 24 printed volumes in six series such as Revelations and Translations, Journals, Histories, and so on. To date, seven volumes have been published with two more set to be released this fall. Also, the Internet and electronic publishing have made it possible to access additional early, and even original source material bearing on Joseph Smith’s life and times. (Link)

As Elder Christofferson wryly observes, the claim of a massive cover-up is “an interesting accusation for a Church that’s publishing 24 volumes of all it can find of Joseph Smith’s papers.”
Factual Inaccuracies
The article also suffers from a number of factual inaccuracies about Mormon history. For example, the article makes the following claims about Joseph Smith’s involvement with 19th century folk magic, including his use of a seer stone. “Smith and most of his family, who, it was well-known and well-documented in the day, was a student of witchcraft and delved into the black arts, used what is known as a peep stone. A magical object used by Satanist to discover buried treasure and to cast spells.”
Not only that, it is also alleged that in “Smith’s private writings discovered in the archives of the church, Smith admitted that his most prized earthly possession was an object called a Jupiter Talisman that he insisted on wearing around his neck at all times for protection from harm. According to satanic lore, the object was to protect the wearer, telling any approaching evil spirit that the possessor was ‘a friend.’ It’s well documented information such as this that’s causing the Mormon Church its problems.”
This account of Joseph Smith’s involvement in folk magic is highly garbled. First, unless the author has a specific and hitherto unknown document in mind that he can provide, there is absolutely no admission in any of “[Joseph’s] private writings” that the Prophet’s “most prized earthly possession was an object called a Jupiter Talisman.” It’s possible, though questionable, that Joseph owned such a talisman, but the late, second-hand account (not Joseph’s “private writings”) saying he did own it says nothing about the talisman being his “most prized earthly possession.” (Link)
Second, the attempt to associate the form of folk magic practiced by Joseph Smith with Satanism is irresponsible and sensationalistic. (Link) A better explanation for the magical practices of the young Prophet comes from Kerry M. Muhlestein.

Joseph was part of a culture that fervently believed experiences with God could be a part of an individual’s life, and that seeking God’s help while searching for treasure was a viable part of Christianity. While this was a part of their religious heritage, it was also a folk-religion reaction against ongoing Protestant movements that largely denied personal interaction with God, especially in tangible forms. Joseph’s struggles to demonstrate that God continued to reveal himself in the lives of men began during this time period and lasted his entire life. Trafficking in the supernatural while searching for treasure was prevalent during his day and in his area, and the participants viewed their activities as a genuine expression of Christianity. Ministers were frequently involved, as were prayer circles and other Christian activities, including the use of divining rods in establishing churches. Those whose religious bent was to put God in a distant sphere castigated those who sought daily interaction with God through such practices, accusing them of employing magic. Many negative characterizations of Joseph Smith reflect and are colored by this cultural conflict. (Link)

Not only was Joseph’s practice of folk magic emphatically not Satanic, it also wasn’t uncommon in the Christian milieu of his day.
All of these blunders and problems combined leave me with a distinctly unfavorable opinion of this article by the MorningStar Post. In short, this piece is simply awful. As one who has written amateur journalism for a student newspaper at my university, I am struck by just how bad it truly is. It is little more than pulpy yellow journalism, and should be read with a healthy dose of skepticism.
I’d like to acknowledge the invaluable help of other FairMormon volunteers, particularly Benjamin McGuire, in composing this blog post.
At the time of publishing this blog post, it was brought to my attention that the MorningStar Post website had been inexplicably deleted. Not wanting the author of this terrible article to get off that easily, I have provided a link to a webcache version of the site, courtesy of another FairMormon volunteer. (Link)
*For the sake of brevity, I have decided to use the masculine pronoun to refer to the author.

1 thought on “Putting Together an Awful Story”