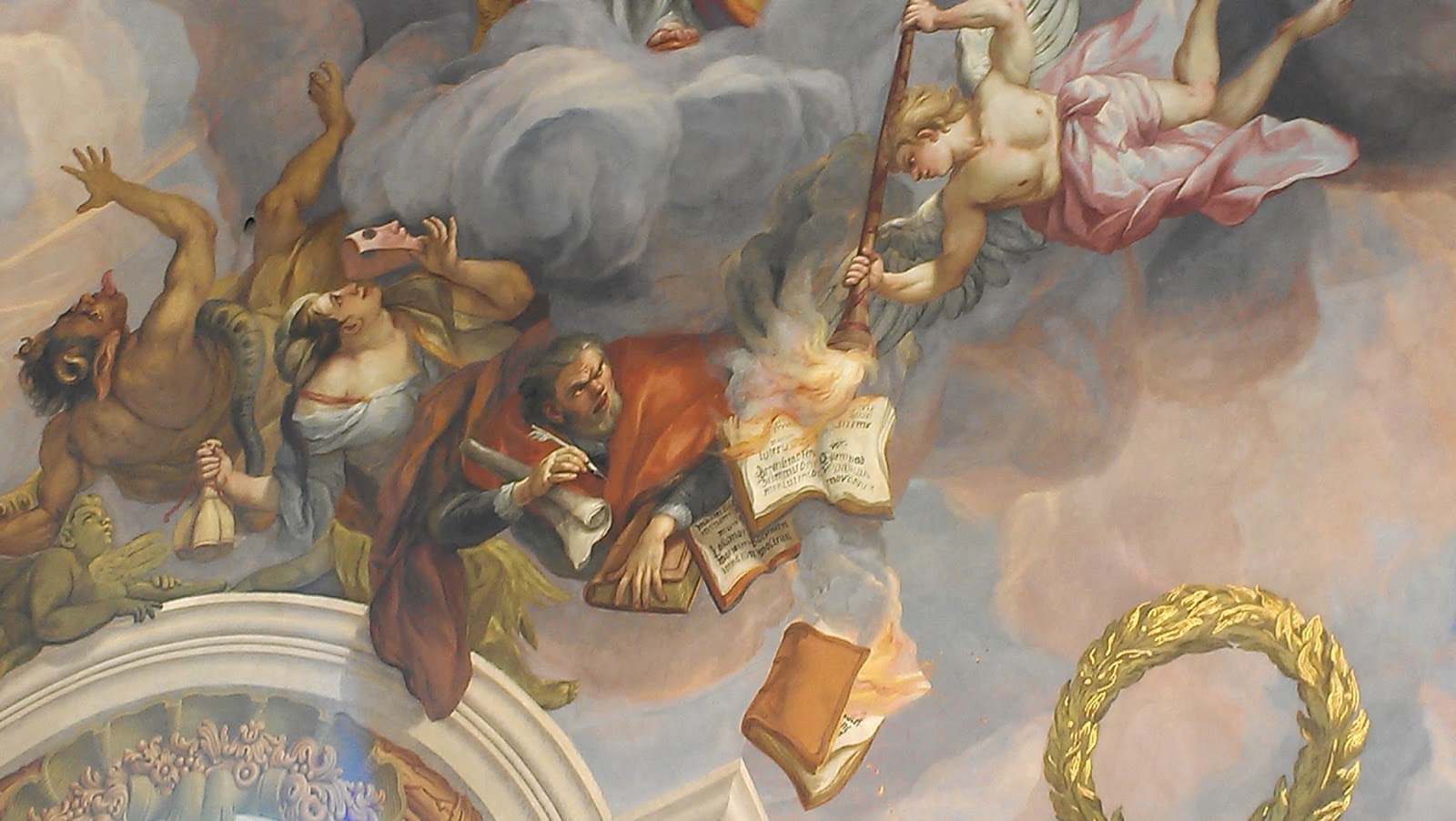 It has just been reported by the New York Times (and picked up by the Deseret News and the Salt Lake Tribune) that John Dehlin and Kate Kelly are facing Church disciplinary action, supposedly “for pushing their church to ordain women to the priesthood and to accept openly gay members.” (See the Church’s response to this new ordeal here.) Actually, I have a feeling that the reasons run much deeper than this, given the fact that, you know, John Dehlin is not only no longer a believer in the foundational claims of the Church, but also that he’s otherwise fostered (if not eagerly promoted) an environment for people to leave and dissidents to attack the Church, and that Kate Kelly, despite repeated requests by the Church to cease and desist in her activism, continues to push her agenda for the ordination of women to the priesthood.

But I digress. What has caught my attention (besides the lugubrious melodrama of certain denizens on the Bloggernacle) is the reaction of especially Kate Kelly’s fans at such places like the Feminist Mormon Housewives blog. One poster, for instance, has a lengthy homily (of sorts) on 1 Corinthians 12. The apparent thrust of the post is that the excommunication of Dehlin and Kelly would be terrible, since, as the body of Christ, all believers in the Church–––”[t]he feminists, the primary teachers, the intellectuals, The Quorum of the Twelve, the gays, the PR Department, the Ordain Women”–––should be unified and kind to one another. Because of the pending discipline of Kelly and Dehlin, “today our body is wounded, we have cut ourselves and we bleed, and we cry, and we mourn.”

I found these comments rather bizarre. I mean, really, does this poster have any actual idea of what Paul thought about disciplining members that were acting out of sync with church leadership?

Well, let’s have a look.

Where better to star than 1 Corinthians itself? In chapter 5, after expressing his shock at the reports he’d heard about sexual immorality in the church, Paul directed the community to handle the offending party accordingly: “When you are assembled, and my spirit is present with the power of our Lord Jesus, you are to hand this man over to Satan for the destruction of the flesh, so that his spirit may be saved on the day of the Lord. . . . Do you not know that a little yeast leavens the whole batch of dough? Clean out the old yeast so that you may be a new batch, as you really are unleavened” (1 Corinthians 5:4–6). Later in the same chapter, Paul informs members of the church at Corinth “not to associate with anyone who bears the name of brother or sister who is sexually immoral or greedy, or is an idolater, reviler, drunkard, or robber. Do not even eat with such a one” (v. 11).

Along the same lines, here are Paul’s concluding remarks in 2 Thessalonians. “Now we command you, beloved, in the name of our Lord Jesus Christ, to keep away from believers who are living in idleness and not according to the tradition that they received from us.” Not only that, Paul goes on to direct, “Take note of those who do not obey what we say in this letter; have nothing to do with them, so that they may be ashamed. Do not regard them as enemies, but warn them as believers” (2 Thessalonians 3:6, 14–15).

You will recall that some time ago I wrote a humorous post on Paul’s use of salty language. As it turns out, Paul could also be highly sarcastic. In Galatians, for example, Paul vents his frustration over the so-called Judaizers in the church who opposed his teachings on circumcision. Concerning these dissidents, in 5:12 Paul tells them to go ἀποκόψτονται themselves. This verb (infinitive: ἀποκόπτω) means to “cut off,” as in to either physically cut something or to excommunicate someone, but here is a double entendre that also means “to castrate.” In other words, Paul was so fed up with those members of the church who challenged his theology concerning the fulfillment of circumcision that he told them to go “excommunicate/castrate” themselves if they think circumcision is going to help them gain favor in the eyes of God.

To the saints at Rome, Paul sent the following instruction: “I urge you, brothers and sisters, to keep an eye on those who cause dissensions and offences [lit. “scandals”; σκάνδαλον], in opposition to the teaching that you have learned; avoid them. For such people do not serve our Lord Christ, but their own appetites, and by smooth talk and flattery they deceive the hearts of the simple-minded” (Romans 16:17–18).

Finally, here is Titus 3:10–11. “After a first and second admonition, have nothing more to do with anyone who causes divisions [in the church], since you know that such a person is perverted and sinful, being self-condemned.”

Pretty blunt stuff, wouldn’t you say? Not only should we disassociate from dissenters or those in open rebellion against the standards and beliefs of the church, but we should also “clean out the old yeast so that you may be a new batch,” meaning we should employ excommunication when necessary to preserve the church.

Or at least according to Paul we should.

Before I go any further, let me make a few things absolutely clear. I do not think Kate Kelly or John Dehlin are as bad as adulterers, fornicators, drunkards, thieves, idol worshippers, etc. I strongly, strongly disagree with a lot of what they do and advocate, but I am not casting moral judgement on them personally. The examples of sinful behavior cited above come from specific things Paul was addressing that were facing the saints at the time of the composition of these letters. Nevertheless, the general principle of conducting church discipline against apostates is the same. The point of this post is not to cast aspersion on the character of Kelly or Dehlin, but rather to point out the fact that Paul, whose writings the poster at Feminist Mormon Housewives appealed to in her apologia for Kate Kelly, was not one to tolerate apostasy and dissension and was not afraid to use very strong language in advocating church discipline when necessary. I thus find it highly disingenuous to appeal to Paul in some sort of defense against enacting church discipline.

Let me also point out, lest I am misunderstood, that I am not advocating shunning or excluding those who are disciplined. Paul says to do so, but I won’t go that far. I believe, of course, that we should show kindness and friendship to everyone, including those who may face church discipline. However, there come certain times when it is necessary to enforce the disfellowship or excommunication of members “to save the souls of transgressors, protect the innocent, and safeguard the purity, integrity, and good name of the Church” (source). Dan Peterson said it well over at his blog: “I recognize and believe in the right of the Church to determine the bounds of acceptable behavior and teaching among its members, and to excommunicate those who choose not to accept those boundaries. The Church is a voluntary association, and that works both ways.”

These are precisely my sentiments.

1. Paul was not some love dovey, live and let live kinda of guy who would just let apostasy and division slide. He had some very harsh things to say about those who rebelled against church authority and on a number of occasions advocated formal discipline of errant members, including excommunication.

2. I do not think Dehlin or Kelly are evil or morally degenerate. Paul blasted fornicators and drunks in the examples given above, but I do not believe Dehlin or Kelly are on the same level as these degenerates spoken of above with their own apostasy. (Although, to be frank, I think Dehlin’s efforts in giving voice to dissidents and ushering people out of the Church do amount to what Alma was talking about in Alma 36:14.) Rather, I think the general principle communicated in these citations is applicable, i.e. the church has a right to discipline those who wantonly disregard church standards or teachings or the counsel of church leaders.

In short, yes, we are the body of Christ, and, yes, we all have diverse gifts and talents and perspectives. It is also true that we, as individual members of the body of Christ, should be cautious in zealously proclaiming “I have no need of you” at one another. However, there also comes a point where “if thy right hand offend thee, cut it off, and cast it from thee: for it is profitable for thee that one of thy members should perish, and not that thy whole body should be cast into hell” (Matthew 5:30).

P.S. for anyone who thinks the word “apostate” is too strong, may I point out the fact that, at least in her case, Kate Kelly has specifically been charge with “apostasy,” per the letter sent to her by her bishop, or otherwise with “openly, repeatedly and deliberately acting in public opposition to the Church” (source).