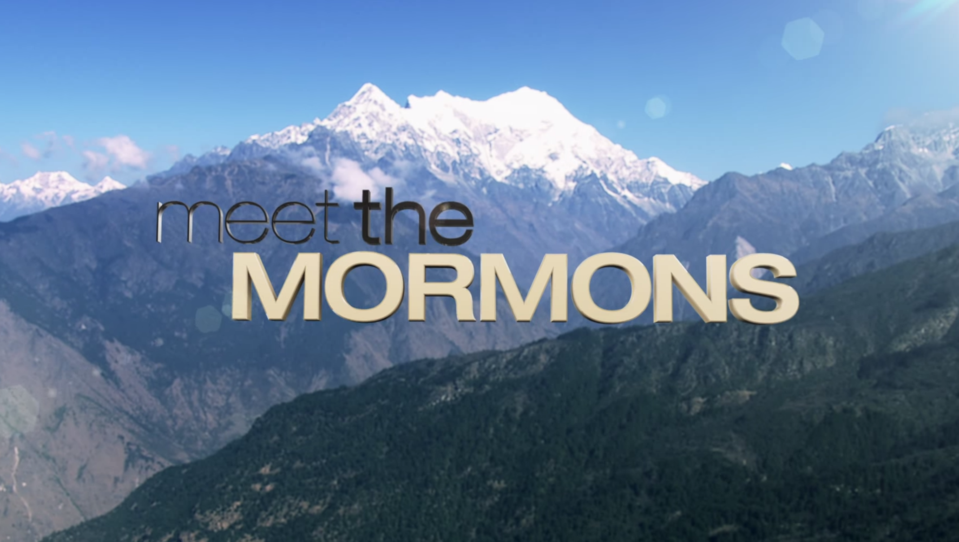 This afternoon I watched the new Church-produced video Meet the Mormons. I was initially skeptical going into it, since it has been panned by film critics and what I did see and read about it before watching the actual film seemed to indicate that it’d be little more than an hour-long “I’m a Mormon” commercial. Would this just be another cheesy, feel-goody Church video without any substance? That was my initial concern, basically.
I’m happy to say that my initially pessimistic expectations were unmet. Although Meet the Mormons is by no means some kind of game-changing, oscar-worthy masterpiece, and while there is still good old Mormon cheese throughout the film, I actually liked it quite a bit. It was uplifting, positive, humorous, and charming. It was beautifully shot on location in the United States, Costa Rica, and Tibet, well-edited, well-paced, and featured a well-sung new single by David Archuleta (“Glorious”).
Before I proceed any further, let me admit upfront that, as a Mormon myself, I realize I’m somewhat biased in this review. Anything that promotes the Church or awareness of it I welcome. So take my review with a grain of salt.
The film profiles the lives of six different Mormons and their families. It’s meant to illustrate how diverse and multifaceted modern Mormons are and how the Gospel influences their lives. The Mormons profiled include Bishnu Adhikari, a Tibetan humanitarian, Ken Niumatalolo, head coach of the Navy Academy’s football team, Carolina Muñoz Marin, a Costa Rican martial artist, Jermaine Sullivan, a bishop in Atlanta, Georgia, Dawn Armstrong, a “missionary mom” with a son serving in South Africa, and Gail Halvorsen, the famous Candy Bomber of the Berlin Airlift. Of the six vignettes, the most touching to me was that of the life and accomplishments of Brother Halvorsen. His story of “bombing” candy on the children of post-war Berlin was very inspiring, and given my interest in German history (including WWII history) I was especially captivated by Halvorsen’s story.
The film is not about explaining Mormon history or doctrine. I don’t even think Joseph Smith’s name is mentioned once in the entire film, and the Book of Mormon is only briefly mentioned in one scene. That’s why I think reviewers who have complained that the film doesn’t delve into the intricacies (or controversies) of Mormonism are missing the point. It’s a film about Mormons, not Mormonism.
That being said, I do wish the film did say something about what makes us different doctrinally or historically. There is, admirably, an emphasis in the film on inter-religious cooperation and pluralism (especially within part-member families such as those in the film). But I wish there was more than just that. I understand that this wasn’t meant to be an explicate proselytizing movie, and so distinct Mormon doctrine wasn’t going to be emphasized. But still . . .
I also thought it was kind of forced how often the official name of the Church (The Church of Jesus Christ of Latter-day Saints) is over-repeated again and again in the film. The narrator, and some of the interviewers, overplayed and overstressed the fact that “Mormon” and “Mormon Church” are just nicknames. We just needed to hear this fact once at the beginning, not repeatedly throughout the film. It came across as, again, forced and also somewhat desperate. (As if to say, “Hey, remember how ‘Mormon’ is just a nickname? Well, make sure you don’t forget. Because our full name is The Church of Jesus Christ of Latter-day Saints, not ‘Mormon Church.’ Got it? Okay, just making sure.”)
But despite the few nitpicks I may have with the film, such as the ones above, in the end I enjoyed it. I don’t care what some snooty film critic from the New York Times (much less the Salt Lake Tribune) has to say about any defects with the film. (I am amused that one reviewer even complained that the film was “relentlessly upbeat,” as if being upbeat was a bad thing. Surly much?) I was inspired to try to be a better person and a better Church member because of the film, which is what I think ultimately counts.
Given what the film was trying to accomplish–––giving the world a glimpse of what it’s like being a Mormon–––I’d say it was successful. Go check it out!

2 thoughts on “One Mormon’s Review of “Meet the Mormons””