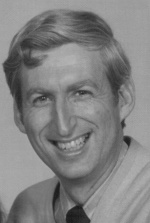 The Latter-day Saint psychologist and family therapist Carlfred Broderick shared the following thought on Joseph Smith in his 1996 volume My Parents Married on a Dare: And Other Favorite Essays on Life.

I am impressed with the enormous amount of scholarship that has, in recent years, provided us with a far more textured picture of our history. I am not always equally impressed with the intellectual honesty of those writing some of that history. I have always believed that whatever is true should not be flinched from. But I am often appalled at the criterion for truth that some embrace. It is fashionable these days to portray Joseph Smith as a charismatic leader who, however, did have a certain tendency for creative thinking and sexual adventurism. When I read such historical accounts I always check the footnotes. It is not too surprising to find that the evidence for these “historical” conclusions is the testimony of those who hated him and did all in their power to destroy him. It does not seem to me to be good historical practice to present such material as though it were true rather than merely alleged. Indeed, many of these allegations were made in Joseph’s lifetime. Concerning those who made them, the Lord made a number of uncomplimentary and cautionary declarations (see D&C 121:11-20). Out of my own experience with the Spirit of the Lord I know that Joseph could not have done the salacious and selfserving things they said he did with the motivations they ascribed to him because if he had, he would have been deserted by the Spirit and replaced by one who would keep a pure heart.

1 thought on “A Thought on Joseph Smith”