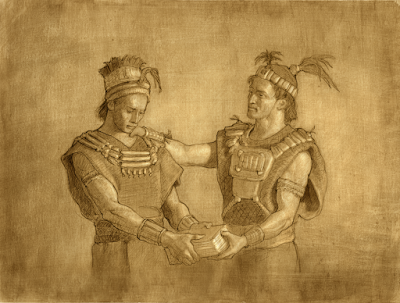 “There is reason to believe that the story of Israel’s ancestors (Gen. 12–50), though understood in the light of later experiences, reflects to some degree the cultural background of the millennium starting with Hammurabi’s reign (second millennium B.C.E.).” So states Bernhard W. Anderson in his volume Understanding the Old Testament. Anderson offers three main categories of evidence to support this claim.

“First, ancient documents recovered at Ebla and other sites suggest that many parents in this period gave children names such as Abram, Benjamin, Michael, and Ishmael.” In other words, the names in the Patriarchal Narratives of the Pentateuch are authentic to the purported time period of the accounts.

“Second, Israel’s ancestral tradition depicts social customs and legal usages that are much more in harmony with Mesopotamian practice during the second millennium than with Israel’s life during the monarchy.” In other words, the culture described in Genesis more closely aligns with the second millennium BC (when the accounts purport to happen) than with the first millennium BC (when these accounts were finally committed to writing).

Third, “The religion of Israel’s ancestors . . . authentically belongs to the period that precedes Moses. . . . Many statements in the book of Genesis, when considered against the backdrop of the culture of the Fertile Crescent, help us understand the probably character of religious beliefs before Moses.” In other words, the form of religion practiced by the figures portrayed in Genesis appears to be authentic for the time.

So, according to Anderson, one way you can count on a text having some measure of historicity is if the (1) names, (2) culture, and (3) religion of the text can be correlated with real world evidence from the period of time being portrayed.

This methodology has been fruitfully employed by such scholars as K. A. Kitchen, J. K. Hoffmeier, W. Dever, and others to illustrate the varying degrees of historicity underlying various accounts in the Hebrew Bible.

What about the Book of Mormon? Using these three categories, do we find evidence for the historicity of the Nephite record in the ancient Near East and ancient Mesoamerica? Doing a non-exhaustive and quick look at the available literature, we encounter the following.

With regard to names:

With regard to culture, society, and jurisprudence:

With regard to religious practices:

14 thoughts on “On Names, Culture, and Religion: Three Tests for Historicity”