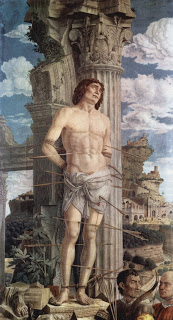 1k
SHARES
FacebookTwitterGoogleRedditSubscribe
Those who have studied the history of Christianity will be familiar with the term hagiography. The term derives from Greek and means, essentially, writings about saints. Hagiographical accounts were valuable tools to inspire faith and devotion in believers by chronicling the life, miracles, and not infrequently persecution and/or martyrdom of the subject. Today, however, hagiography has also come to take on a pejorative sense for a biography that is uncritically reverential or positively biased in the portrayal of a given individual.
Fox 13 News has picked-up the non-story of Jeremy Runnells being called in for a disciplinary hearing. Frankly, Jeremy is a textbook example of apostasy as defined by The Church of Jesus Christ of Latter-day Saints. He has quite literally set up a non-profit foundation so that he could get paid to attack the Church and lead people out of it. (Yes, seriously.)
Yet, in his press release (an auto-hagiography, if you will), Jeremy paints himself as a tragically persecuted doubter and martyr who just wants his own questions answered.

Let’s do a little history. Since Jeremy is hung up on how the Church lied, whitewashed, and omitted history, and since he is dedicated to “100% transparency, openness and honesty,” I presume he won’t be upset with a little fact-checking of his story.
Jeremy can boast more than one epistle in his corpus. In October 2012 he wrote the so-called “Open Letter to Elder Quinten L. Cook.” This letter drips with sarcasm as he blatantly mocks Elder Cook’s General Conference talk from that month. This is more than 3 years ago, and it is quite clear where he stands. (I’ll wait while you go ahead and read it.)
A month later, on November 15, 2012, he openly stated, “I’m [born-in-the-covenant], [returned missionary], Temple Married who left the church a few months ago (haven’t resigned yet).”
So, at this point Jeremy had already left the church. Although he hadn’t formally resigned, he indicated that he intended to at some future point (“yet”). Not only that, but in the same message he stated, “I have a [true believing Mormon] wife who still takes kids to church. I want to know the most effective way to save them from Mormonism so they won’t have to go through what I went through.” Not only does he already consider himself as “out” of the Church, he is trying to lead others—namely, his wife and children—out of the Church as well.
Forgive me if this does not look much like a sincere person just looking for answers. Mind you, all of this was before he even wrote the CES Letter. You see, his mind was already made up when his grandfather asked him “to speak to his CES Director friend, about [his] concerns.” So what did he do? He drafted the CES Letter, then asked a bunch of ex-Mormons online for “feedback/advice.” He even sent them a second draft, asking again, “Let me know what you guys think before I send.”
Since then, at Jeremy’s encouragement, the CES Letter has become an ex-Mormon tract, used as a weapon against unsuspecting family and friends in hopes that it will destroy their testimonies. When people started to point out that there are answers to his questions (including FairMormon, Daniel Peterson, Brian Hauglid, Brian and Laura Hales, Kevin Christensen, Michael Ash, Jonathan Cannon, Jeff Lindsay, and yours truly multiple times), rather than graciously accept them or perhaps reconsider his thoughts on these matters, he doubled down and responded with vitriol, sarcasm, and rhetorical posturing. Don’t believe me? Look no further than Jeremy’s vitriolic, sarcastic, and petulant response to Dan Peterson.
Jeremy insisted on “debunking” and writing “rebuttals” until the compulsive urge to respond to everything and anything contradicting the CES Letter became too much. At that point, instead of walking away, he essentially quit his day job and set up a non-profit foundation for leading people out of the Church. Some of the goals he has set for himself include:
“Apologists,” of course, are those who are defending the Church, and Jeremy has dedicated himself to rebutting virtually anything they say. The CES Letter has become his identity and he can’t stand having it “attacked.” Just this last October he wrote, “I don’t care about the LDS Church anymore. Its foundational truth claims are demonstrably false.” If he doesn’t care about the Church, as it is “demonstrably false,” then why is he so concerned about remaining a member? Perhaps so he can continue to grandstand as a simple Mormon with sincere questions, as he has done for the press? Whatever the answer, it is obvious that this has become an deeply personal issue for Jeremy, not a simple matter of him having some questions.
In July 2015, someone started a thread in the ex-Mormon subreddit asking why Jeremy had not yet been excommunicated. In response Jeremy protested that it would be a “grotesque injustice” to excommunicate him. “Grotesque.” Even if you think excommunicating Jeremy is wrong, I hope you can see that this is a grotesque overstatement. Sex trafficking, rape, child slavery, murder, genocide—these are “grotesque” injustices. Telling someone that if they are going to openly mock the leaders and fight against the beliefs of an organization then they cannot be a part of that organization anymore? In any other world outside the myopic, twisted, bigoted virtual corridors of /r/exmormon this would be seen as common sense.
Still, Jeremy’s comments are revealing. He says, “I didn’t lead people away from the Church. I don’t accept this phraseology. People made their own decisions to leave the Church after learning information that was kept concealed from them. All I did was share my reasons for doubting and pointed to the sources.”
I’m sorry, but you just can’t go around spreading arguments for a certain point of view and then disclaim any responsibility for what happens when people are exposed to and accept those arguments. To just simply deny responsibility is, well, irresponsible. (Especially since Jeremy can be found coaching people on how to best share it, whom to share it with, how to get people “open” to the idea that the Church is false, etc.) This rhetorical trick is clever, but is little more than a version of the “just asking questions” fallacy.
Still think Jeremy is just someone sincerely looking for answers? He has recently made the unequivocal statement, “Yes, my position in 2015 is that the LDS Church is based on a foundation of fraud.” Doesn’t get much clearer than that. While he goes on to say that he “was still wrestling with figuring things out 2 years ago when [he] was approached by the CES Director,” we have already shown that this was not the case, and that he had made up his mind at least 6 months before.
And since I already know that Jeremy is going to cry ad hominem here (it is his standard response to anyone who ever questions his account of things), let me point out, paraphrasing him (as quoted by Fox News):

I asked questions (about his current version of the story), I shared my concerns (with its accuracy), and I shared facts and information that are backed by his own statements and actions. So if sharing the truth, and publicly, is ad hominem, then I think that’s a problem.

It is undeniable that Jeremy Runnells is in open apostasy against the Church, and as such is unsurprisingly being subjected to a disciplinary council. His disciples may write gushing (if not wholly misleading) hagiographies of him to be used as didactic tools among the (un)faithful, but responsible news organizations will hopefully do their homework before blindly buying into his blatantly deceptive narrative and ludicrous non-scandal.