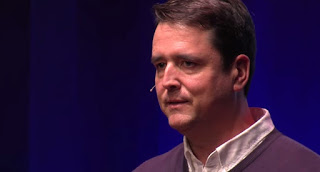 1k
SHARES
FacebookTwitterGoogleRedditSubscribe
I’ve long been a fan of Jon Stewart. Being politically liberal (on most issues), I naturally enjoy his wit, humor, and political and cultural satire. I remember when in 2011 when he went on Fox News and debated Bill O’Reilly over the appropriateness of the White House inviting the rapper Common to a social function. During the debate, Stewart pointed out what he perceived was the “selective outrage” at Fox News over incidents such as this. He specifically claimed, “There is a selective outrage machine here at Fox that pettifogs only when it suits the narrative that suits them.” (Source: 4:53–5:01).

Last night my Facebook newsfeed exploded with comments on what might be called #GordonGate. Back in June, Scott Gordon (whom I count as a friend, for full disclosure), the president of FairMormon (of which I was once a member, for full disclosure), delivered an address in Sweden titled “Maintaining Faith.” In his presentation Scott gave some examples of those who have challenged or attacked the Church, its teachings, its history, and its members and leaders. One example he gave was the work of John Dehlin, the host of the popular Mormon Stories podcast.

This second example here is called Mormon Stories. It was established by another member. He was counseled by his stake president many many times but he was finally excommunicated this past year. This website mostly focuses on the Church’s stance on social issues such as gay marriage and women in the church. I know this man personally and have had many conversations with him. His sister is a member of FairMormon. He has long believed there is no God. The Church is [a] nice social organization and he’s been attempting to fix it for a long time. So he hasn’t wanted to leave because it’s such a nice group of people. But God doesn’t exist. (Source)

After crowdsourcing help from ex-Mormons on Reddit, Dehlin posted a reply to Scott’s comments. He opened his salvo with no ambiguity. “Since you chose to publicly smear/malign me in a disingenuous way during your recent trip to Europe on multiple occasions,” Dehlin began, “I would like to ask you to do five things as a courtesy to me, and as a way to demonstrate your credibility to your followers.”

What could Scott’s brazen attack have possibly been? Instead of doing something like, say, spreading rumors about Dehlin’s mental health on the Internet, according to Dehlin, Scott’s unacceptable behavior was claiming to know Dehlin personally and saying that Dehlin does not believe in God.

The first claim is erroneous, Dehlin insists, because he himself cannot recall them ever becoming that acquainted on a personal level. The second is erroneous, he also insists, because he’s really not an avowed atheist, just a soft agnostic. “Perhaps my faith in God has wavered/fluctuated at times — perhaps I lost a belief in an anthropomorphic God — perhaps I admit that I do not “know” there is a God,” Dehlin granted, “but to this day I maintain hope that there is a God and/or an afterlife…even though I have made peace with the possibility that there is no God or afterlife. This has been my position on God for many, many years.”

That’s it. Scott Gordon doesn’t really know Dehlin personally and Dehlin really isn’t an avowed atheist. A levelheaded and adult way to respond to a misunderstanding or misstatement of this sort would be to calmly correct the public record. Maybe something like this:

“Dear Scott, you’ve claimed that we know each other personally, and that I don’t believe in God. I wouldn’t really say we know each other that well ‘personally.’ We’ve only met a time or two and that’s about it as far as I can recall. Also, I’m not really an atheist. I’m not sure if God exists, but I don’t outright disavow his existence. Kind of. So I’d probably best be called an agnostic or something like that. I would thank you to be more careful in the future.”

But in the world of Internet ex-Mormonism, where assuming bad faith on the part of your opponents is the order of the day, misunderstandings or misstatements are more than just someone not being careful. They’re deliberate attacks. Thus, these two infractions, Dehlin and his outraged followers insist, constitute a “smear” and a “character assault” on Dehlin. Scott is “maligning” Dehlin, and “publicly deceiving, manipulating, and smearing” people.

Ever scrupulously concerned about preserving the Church’s good image, Dehlin voiced his concern “that your ill-conceieved smear tactics are backfiring.” Based on the testimony of no less than two anonymous European supporters (from the UK and Sweden, respectively), Dehlin is worried that Scott’s behavior reflects poorly on both “FAIRMORMON [sic]” as well as “the gospel of Jesus Christ.”

As some form of penance for this grotesque injustice, Dehlin has asked Scott to remove or edit the offensive video, and has (bizarrely) requested Scott disclose FairMormon’s finances.

There’s a lot that could be said about #GordonGate. Daniel Peterson has already made a few observations, as well as the illuminating blog dearjohndehlin.

What’s fascinating to me, however, is the selective outrage on full display. A few weeks before Scott Gordon delivered his remarks in Sweden, another podcast with a primarily ex-Mormon audience posted an interview titled “John Dehlin: The Reluctant Atheist.” I confess that I have not listened to the interview (my time and brain cells are precious to me), but from the comments left by listeners it would appear that Dehlin can best be described as an apatheist. So not strictly an atheist, but not necessarily a believer either.

It’s understandable, however, why Scott Gordon and others would be confused on how to precisely categorize Dehlin. The podcaster himself has somewhat ambivalent feelings towards God’s existence. As revealed in public statements, Dehlin has waffled somewhere between non-belief and a sort of apathetic agnosticism.

But this is really beside the point. I’ll grant that Scott was wrong in saying Dehlin doesn’t believe in God, if only to grant Dehlin the courtesy of being able to define his own labels for himself.

What’s most important to all of this is how Dehlin reacted to the Infants on Thrones podcast calling him a “reluctant atheist.”

Or, rather, how he didn’t respond.

As far as I can tell (I’ve been banned from Dehlin’s social media platforms so I can’t verify myself, and am thus relying on reports from others), there have been no public cries of outrage from Dehlin. No screaming that “Glenn, Randy, Heather, and Matt” had smeared or maligned him, or that they were “manipulating” or “deceiving” the public by calling Dehlin an atheist. There were no Jovian bolts cast down upon the hosts of the Infants on Thrones podcast. No demands to edit or remove the interview (or at least the title). No Dehlinite mobs crying for blood and retribution. And no awkward requests for Infants on Thrones to disclose its finances.

Why not? What gives? The only way I can really account for this selective outrage is because Dehlin likes to cry foul when it plays into his narrative about how mean and nasty Mormon apologists supposedly are. Part of the narrative that Dehlin has made for himself is that he is a martyr at the hands of spiteful and callous Mormon apologists. Scott Gordon (mistakenly) calling him an atheist plays right into this narrative. It wasn’t that Scott was just mistaken. He was out to deliberately attack Dehlin. Or so Dehlin would have us believe. This would explain why he had to reach for his smelling salts when Scott Gordon called him a non-believer, but was totally chill when the gang at Infants on Thrones called him a “reluctant atheist.” This would also explain not only Dehlin’s litany of (transparently insincere) questions directed at Scott, but his deafening silence in response to the Infants on Thrones podcast as well.

I guess what I’m saying here is that John Dehlin is the Fox News of ex-Mormonism: he switches on the selective outrage machine and pettifogs only when it suits his narrative. This may help reinforce his own worldview, as well as give his eager supporters the ammunition they need to continue their ideological warfare against the LDS Church and those who defend it. But that’s about all that it accomplishes. It is a wholly unedifying and unsatisfying way to go about handling these kinds of affairs.