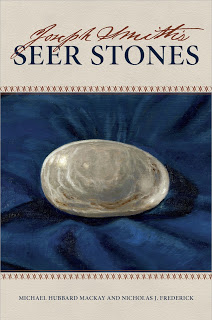 At a church conference on October 25–26, 1831, the topic of the translation of the Book of Mormon arose and Joseph Smith was pressed to furnish the details pertaining thereto. According to the minutes taken at the conference, “Br. Joseph Smith jr. said that it was not intended to tell the world all the particulars of the coming forth of the book of Mormon, & also said that it was not expedient for him to relate these things &c.”

While Joseph Smith may have been reluctant to divulge too much about the nature of the translation of the Book of Mormon beyond affirming it was accomplished “by the gift and power of God” (perhaps in part because he considered it sacred, and perhaps in part because even he couldn’t fully explain the miracle), there has survived a splendid corpus of historical documentation from the eyewitnesses involved in the coming forth of the Book of Mormon, as well as from those who interviewed and interacted with said eyewitnesses. Letters, interviews, journal entries, personal histories, and other types of documentation detail the coming forth of the Book of Mormon to such a degree as perhaps no other sacred text in the world enjoys. While the historical record is lamentably patchy in some places, historians of early Mormonism nevertheless have access to a deep well of sources to draw from.

Building on recently published work on the coming forth of the Book of Mormon, the Religious Studies Center at Brigham Young University and Deseret Book have co-published a superb new volume titled simply enough Joseph Smith’s Seer Stones. Written by Michael Hubbard MacKay and Nicholas J. Frederick, this new monograph is an extremely valuable contribution to not only Book of Mormon studies, but also to such subjects as Joseph Smith’s involvement with “folk magic” and the religious worldview of Mormonism’s first generation of converts.

The appearance of this volume is timely. In conjunction with the publication of a facsimile edition of the printer’s manuscript of the Book of Mormon, just one year ago The Church of Jesus Christ of Latter-day Saints for the first time published photographs of a seer stone once in the possession of Joseph Smith and widely considered by historians to be the stone used in the translation of the Book of Mormon. Two months later the Ensign published an article on the topic of Joseph Smith as a seer, including the now-famous photo of the stone. Subsequent commentary by authorities such as Richard Bushman and even President Dieter F. Uchtdorf once again ignited interest in Joseph’s seer stones.

Joseph Smith’s Seer Stones can easily be read as picking up where the initial wave of last year’s enthusiasm and interest left off. It dives into not only the history of Joseph Smith’s seer stones themselves (where and when they were discovered, how they were used, which hands they passed through after leaving Joseph’s possession, etc.) but into a wider discussion of folk magic, the supposed “magic world view” of Joseph Smith and the early Saints, the translation of the Book of Mormon, what the Book of Mormon itself has to say about seers and seer stones, and other related topics. The book is richly illustrated with original artwork from Anthony Sweat and other artists. Additionally, graphs, charts, appendixes, and an enormously helpful selected annotated bibliography of primary sources on Joseph’s seer stones compliment the historical and theological analysis offered by MacKay and Frederick.

Much of the story told by MacKay and Frederick would undoubtedly already be familiar to students of early Mormonism. Those acquainted with the work of D. Michael Quinn and Mark Ashurst-McGee, for example, will be greeted by familiar topics: folk magic, money digging, seer stones, Indian lore, Book of Mormon translation, etc. However, where MacKay and Frederick stand out is both in in their thoughtful critique of once-prevailing paradigms and their careful look at the provenance of Joseph Smith’s seer stones down to the present day.

For instance, chapter 2 (“Money Digging and the Second Great Awakening”) of the book argues that looking at “the broader religious cultural context” of early 19th century America “helps to demonstrate why Joseph interpreted the recovery of his seer stones as fundamentally religious in nature” (p. 6). Despite the past efforts of some to demarcate “magic” from “authentic” religious experience, MacKay and Frederick (along with some others) convincingly critique “the idea that money digging was a nonreligious endeavor, while the translation of the Book of Mormon was decidedly religious in nature.” They continue, “These are labels imposed by the modern perspective, and they ignore that both treasure seeking and translating were likely perceived by Joseph’s early converts as supernatural events. Early believers did not necessarily struggle with the fusion of Joseph the treasure seeker and Joseph the translator” (p. 9). MacKay and Frederick thus recommend a healthy dose of historiographical humility in approaching this topic, as a sloppy polemical approach (as seen on some questionable Internet sites today) can easily make one stumble into a presentistic ditch.

Most fascinating is MacKay and Frederick’s treatment of the provenance of Joseph Smith’s seer stones, including the brown stone brought to the public’s attention last year and a white stone possessed by Joseph beginning sometime in the early to mid-1820s. Despite “numerous gaps” in provenance, the brown stone can be relatively easily traced from Oliver Cowdery’s possession in 1830 to the First Presidency’s private collection in 1970, where it has resided since (pp. 66–77). The provenance of the white stone has been more difficult to ascertain, but it appears to have been handed down from prophet to prophet beginning with Brigham Young. “This stone may have remained in the hands of the Presidency for decades,” write MacKay and Frederick, and “it is apparently in the possession of the First Presidency” as of today (p. 84). Unfortunately, much less is known about the white stone beyond that it was shown to members of the Quorum of the Twelve in Nauvoo and was eventually consecrated on the altar of the Manti Temple by Wilford Woodruff in 1887 (pp. 79–80).

Perhaps future research will uncover more on the provenance of Joseph Smith’s white seer stone. Perhaps, assuming it is in fact in the possession of the First Presidency, the white stone will also be photographed and published along with the brown stone at some future time. It may even turn out that the white stone was used in the translation of the Book of Mormon all along, as MacKay and Frederick draw attention to some historical sources that suggest such (pp. 77–82). At this point, however, we must be content with speculation until further sources come to light. “If the Presidency’s papers do not include more historical information about the white stone, they . . . face the problem of not knowing its provenance with certainty.” While the brown stone appears to be a “better candidate” for being the stone used in the translation, and thus was selected for publication, some uncertainty remains, and caution should therefore be exercised (pp. 84–85).

To conclude, I think it’s important to not overlook the significance of this book’s mere existence. To see a book published by Deseret Book that dives right into the heart of this topic is a testament to the growing maturity of the Church’s institutional historical consciousness. It is an encouraging sign that Church leaders and members are not afraid to face inquiries raised by both sympathetic and hostile questioners. It is also promising evidence that Elder M. Russell Ballard’s challenge given earlier this year to “raise the bar,” as it were, in producing institutionally-sanctioned works on Church history is being answered.

I would strongly recommend every thoughtful Latter-day Saint who has in interest in the history of his or her religion (which, of course, should be every Latter-day Saint!) to pick up a copy of Joseph Smith’s Seer Stones. Along with From Darkness Unto Light: Joseph Smith’s Translation and Publication of the Book of Mormon, MacKay and Frederick’s new volume is indispensable in understanding the foundation of the faith of the Saints and is an excellent addition to the growing number of works that are bringing the miracle of the Restoration out of obscurity.