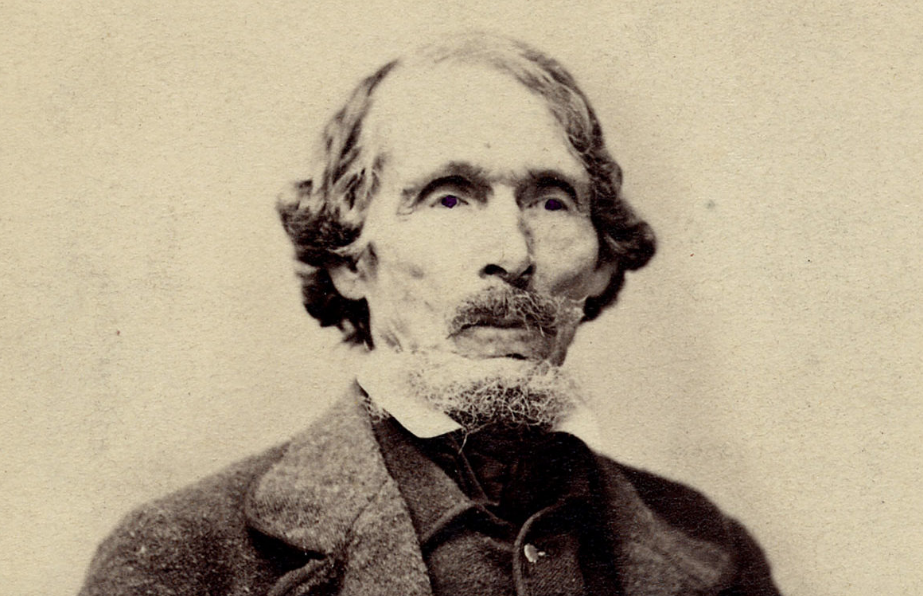 William Wines Phelps (1792–1872) is without a doubt one of the most colorful and fascinating figures in the history of Mormonism. He is perhaps best known amongst Latter-day Saints for his prolific contribution to the LDS hymnal.1 However famous he may be as a hymnodist, Phelps, as chronicled in We’ll Sing and We’ll Shout: The Life and Times of W. W. Phelps, the new biography written by Bruce A. Van Orden and published by the Religious Studies Center at Brigham Young University, was much more than a simple composer. Phelps lived a life of ecclesiastical, literary, and personal extravagance. A newspaperman, editor, publisher, politician, amateur linguist, missionary, colonizer, and clergyman, Phelps in many regards embodied the eccentricity and adventurousness of Joseph Smith’s restoration movement to which Phelps dedicated his life. As Van Orden details in his biography, Phelps was a man of both “strengths and faults” who harbored “sincere religious feelings and standards while at the same time . . . [an] ambitious nature to excel and be recognized for his obvious talents” (p. xvii). As with Oliver Cowdery, Brigham Young, Heber C. Kimball, and Sydney Rigdon, to name just a few prominent early Mormon leaders, Phelps’ role in the rise and progress of The Church of Jesus Christ of Latter-day Saints and his relationship with Joseph Smith is due careful attention. Thanks to Van Orden, we now have an accessible and important monograph which situates Phelps in historical context while also highlighting his many worthy contributions to the Church.

In some ways it almost seems like Phelps was destined to become a close confidant of Joseph Smith. The two shared a Yankee pedigree (pp. 1–20), were religious from a young age (pp. 31–32), were naturally enterprising and resourceful (pp. 7–9), and easily attracted controversy (pp. 23–28). Little wonder that when Phelps converted to Mormonism in 1831 he was quickly given important responsibilities as a Church leader in Missouri. Chief among those responsibilities was to be a publisher for the Church (pp. 51–61). It was, accordingly, under Phelps that Joseph Smith’s revelations were first set to print (pp. 74–86). It was likewise first under Phelps that the earliest theological explications of Joseph Smith’s teachings appeared, effectively making him the first Latter-day Saint theologian or scriptural commentator. As Van Orden documents, Phelps would carry out this role throughout his life. In fact, through his printed editorials, sermonizing, and poetic renditions, Phelps played an integral role in shaping how many of Joseph Smith’s scriptural productions and teachings were received and understood by the membership of the Church at large (pp. 205–220, 393–412). More than that, even, as Van Orden and others have now conclusively shown, Phelps even had a hand in fashioning a good number of teachings, sayings, and texts attributed to Joseph Smith in his capacity as a ghostwriter and scribe for the Prophet (pp. 187–204, 313–344).2 This is one aspect of Phelps’ relationship with Joseph which average Church members are not likely to have known before, making Van Orden’s exploration into this subject valuable for those becoming acquainted with the new findings historical scholarship has been bringing to light in recent years. At the same time, Van Orden further demonstrates the importance of carefully parsing historical sources and not uncritically attributing to Joseph Smith statements or texts which may not, in fact, have originated solely with him. 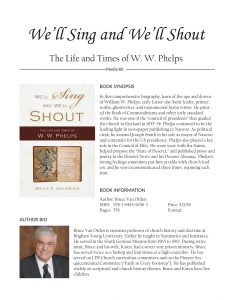 Take, for instance, Van Orden’s discussion of the translation and publication of the Book of Abraham (pp. 187–204). Historically both Mormons and their critics have been eager to attribute material associated with the Book of Abraham project entirely or almost entirely to Joseph Smith. This includes the controversial “grammar and alphabet” documents associated with the Book of Abraham.3 More recent analysis by Samuel Brown, John Gee, Brian Hauglid, and now Van Orden compels great caution in assigning this material entirely to Joseph Smith.4 The full extent and nature of Phelps’ participation in the Egyptian project remains disputed among scholars, but it is now abundantly clear that he did in fact played a prominent role.

Other aspects of Phelps’ life which are only now recognized include his participation in the Council of Fifty (pp. 355–356). The minutes of the council have only recently been published, but Phelps’ role in that council, as well as his broader political duties in Nauvoo, are now, thankfully, more fully understood and contextualized with Van Orden’s treatment (pp. 345–368).5

Other episodes from Phelps’ life which are more widely known among Latter-day Saints are fleshed out with further detail by Van Orden. This includes Phelps’ apostasy and return to the Church during the tumultuous Missouri years of 1838–1839 (pp. 273–312). Most Church members are likely familiar with the touching story of Phelps’ reconciliation with Joseph in 1840 when, after receiving a heartfelt confession and penitent plea from Phelps, the Prophet penned with great pathos, “Believing your confession to be real, and your repentance genuine, I shall be happy once again to give you the right hand of fellowship, and rejoice over the returning prodigal . . . ‘Come on, dear brother, since the war is past, For friends at first, are friends again at last’.” Fewer, however, might be aware of that fact that just a year and half before this, Joseph had singled out Phelps with other dissenters in a scathing letter composed while he languished in a dank, cold Missouri dungeon. Placed in this larger context provided by Van Orden, this episode between Phelps and the Prophet not only reveals the personalities of these men and also provides readers a wholesome example of how the gospel can reconcile those with even deep feelings of betrayal and pain.

Finally, as one final example of something new and interesting I learned from Van Orden’s volume, Phelps continued his forays as a translator and amateur linguist well after his settlement in Salt Lake City (pp. 476–478). In 1860 Phelps was presented with “an old copper coin” discovered “on the banks of the Colorado River” and allegedly written with “hieroglyphics and purported ‘Hebrew letters’.” Upon examination Phelps pronounced the coin to be “a Nephite Senine or farthing” minted under the reign of a Nephite king named Hagagadonihah and offered a translation of the characters: “In the 95th year of the Kingdom of Christ, 9th year of my reign: Peace and life.” This curious episode highlights both Phelps’ “devotion to the historicity and truthfulness of the Book of Mormon” as well as his belief that he possessed “extravagant spiritual translation powers” (p. 478).

All told, I found We’ll Sing and We’ll Shout a highly enjoyable and informative read. It was fascinating to learn more about the life and personality of the man who provided many of the beloved hymns of my faith tradition. Learning more about the historical circumstances which influenced Phelps’ writings created in me a newfound appreciation for his poetic gifts. To be sure, Phelps was a human being with failings and faults such as are common to man. Van Orden does not skirt around these more unflattering qualities of Phelps: his vanity and ambition, his megalomania and conceit, and his domineering enforcement of traditional gender roles in marriage. But to reduce Phelps to merely a flawed man of his times would do him injustice. The William Phelps who emerges from Van Orden’s biography is a flawed man, true, but also a man of great vision with a daring spirit whose influence has impacted generations of Latter-day Saints down to the present.