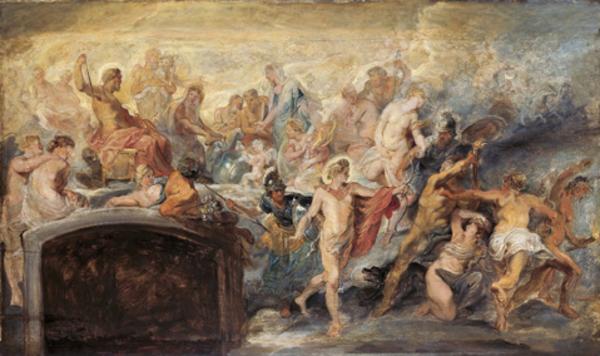 The Church has released it’s latest essay on controversial topics. This time it’s on the subject of deification. (Link)

The article is excellent, and is exactly what I, as a Latter-day Saint, believe vis-à-vis humankind’s relationship to deity and the divine potential of all men and women.

I am also very pleased that this article cites and discusses not only President Lorenzo Snow’s famous couplet (“As man now is, God once was: As God now is, man may be”), but also the Prophet Joseph Smith’s awe-inspiring 1844 King Follett Sermon. (See the section titled “How were ideas about deification introduced to Latter-day Saints?”) Not only that, but it cites the original minutes of the sermon as recorded by Joseph’s secretaries and recently published with the Joseph Smith Papers. That’s rad. It’s time we start using the wonderful fruits of the Joseph Smith Papers, and this article has set a good example.

Finally, although it’s not cited in the article, I think it’s important to call attention to this essay by Daniel C. Peterson comparing the Mormon teaching of deification with biblical, early Christian, and Jewish understandings of the same.

I will also give a plug for my own article, “Psalm 82: A Latter-day Saint Reading,” which I presented a week ago at the Religious Studies Center Student Symposium at BYU and which will be published in the RSC’s forthcoming symposium proceedings journal.

Here now is the concluding paragraph of the new article on LDS.org.

All human beings are children of loving heavenly parents and possess seeds of divinity within them. In His infinite love, God invites His children to cultivate their eternal potential by the grace of God, through the Atonement of the Lord Jesus Christ. The doctrine of humans’ eternal potential to become like their Heavenly Father is central to the gospel of Jesus Christ and inspires love, hope, and gratitude in the hearts of faithful Latter-day Saints.