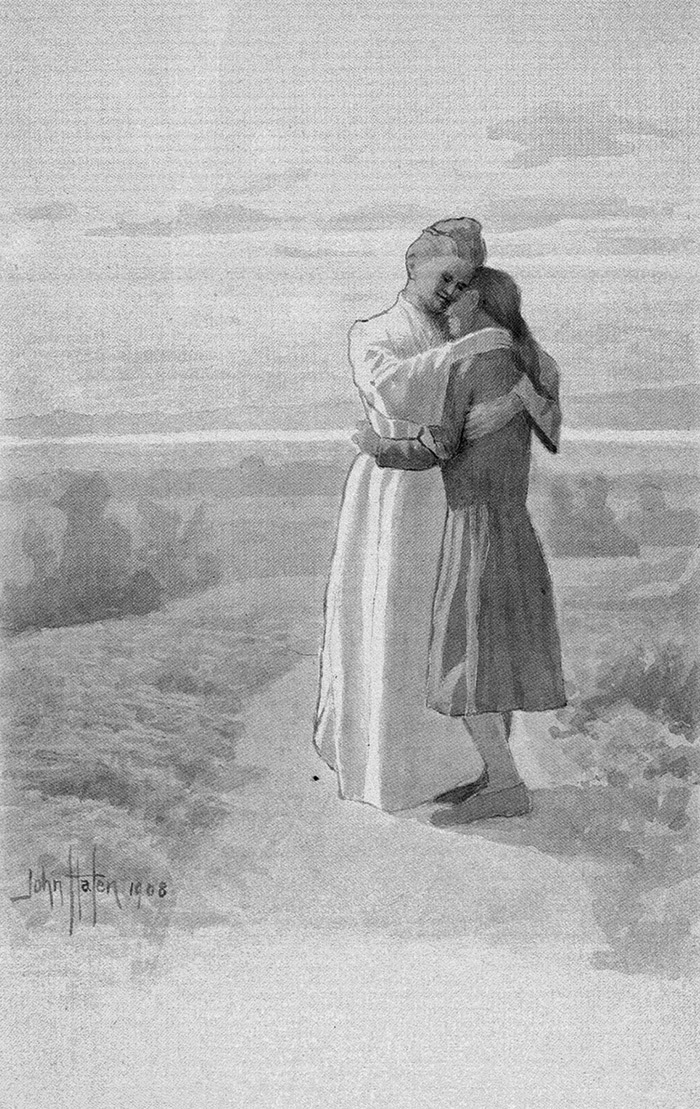 One aspect of Latter-day Saint doctrine that distinguishes Mormonism from other contemporary Christian sects is the Mormon affirmation of the existence of a Mother in Heaven. The closest Christian analog that I can think of to this LDS concept is the Catholic veneration of Mary, but even that isn’t exactly analogous.

Eliza R. Snow, a Church leader and poet, rejoiced over the doctrine that we are, in a full and absolute sense, children of God. “I had learned to call thee Father, / Thru thy Spirit from on high,” she wrote, “But, until the key of knowledge / Was restored, I knew not why.” Latter-day Saints have also been moved by the knowledge that their divine parentage includes a Heavenly Mother as well as a Heavenly Father. Expressing that truth, Eliza R. Snow asked, “In the heav’ns are parents single?” and answered with a resounding no: “Truth eternal / Tells me I’ve a mother there.” That knowledge plays an important role in Latter-day Saint belief. As Elder Dallin H. Oaks of the Quorum of the Twelve Apostles wrote, “Our theology begins with heavenly parents. Our highest aspiration is to be like them.” (Source)

One acquaintance of mine, a fellow of another Christian persuasion, has condemned this doctrine as modern Canaanite worship. In what I confess was a rather clever remark, he once disparagingly asked me what’s stopping us Mormons from erecting an Asherah pole in the Salt Lake Temple. Little does this fellow know that I take it as a supreme compliment to be accused of Canaanite worship (I mean, if the ancient Israelites could import epithets and characteristics of Baal in their depiction of Yahweh in the Hebrew Bible, then why not us, right?), and have (half-seriously, half-jokingly) asked myself just that. My friends with me in my major also know that I may or may not have at times invoked the name of Baal in my petitions for good weather or a good parking spot.

The protestations of sectarian critics notwithstanding, here are a few resources I would recommend anyone who wants to know more about this topic.

It should come as no surprise that Asherah was originally a fertility goddess. Fertility, childbirth, and lactation were among the very gravest concerns of ancient women—literally matters of life, death, and familial survival. These issues remain crucial even in our own day, when infertile couples routinely spend thousands of dollars attempting to successfully have children of their own. This is the one area where, to my own eye at least, private prayer to our Mother in Heaven might be countenanced. I personally have never prayed to Her under any circumstances and do not feel the need to do so. And certainly there is nothing wrong with praying in our normal fashion to God the Father in the name of Jesus Christ for help with these issues. But Yahweh absorbed what were originally Asherah’s fertility functions and the scriptures preserve Leah’s prayer to Her in successfully giving birth to one of the sons of Israel. If a couple or a prospective mother were to feel the need to address our Mother directly in prayer in this particular type of circumstance, I personally would not find it offensive. These are, of course, very private matters, and I am assuming that any such prayers would not become a matter of public knowledge. Consequently, such prayers should not adversely affect others who might not approve of such a prayer being offered in their presence. Of course, President Hinckley’s counsel on this subject did not expressly distinguish private from public prayers, and many people would not be comfortable circumventing that direction. And I have no authority in the Church to suggest anything otherwise. So those who may wish to engage in such prayers will need to consider the matter carefully and take responsibility for their own actions. I am simply reporting that my own sensibilities would not be offended if a woman or couple, desperate to conceive, were to address their Mother in Heaven in their prayers. (“How To Worship Our Mother in Heaven (Without Getting Excommunicated),” 137–138.)

Incidentally, last year I watched Dever lecture on this very topic. He was an absolute delight to watch, and I was happy to meet him afterwards and speak with him for a few minutes. Thanks to three years at religion classes at BYU, I accidentally called him “Brother Dever” instead of “Professor Dever” at one point in our conversation. (For those who don’t know, Dever is a secular Jew.)

Here is the video of the lecture I attended.

Personally, I would love to see General Authorities more fully flesh out this beautiful aspect of our theology. I don’t really get the reticence we have in the Church of speaking about Heavenly Mother, and I have to roll my eyes at the “hedges around the law,” as it were, that we’ve erected the try and justify this reticence. This isn’t to say we should start praying to Heavenly Mother (though we basically do just that in the 4th verse of “O My Father”) or making Her a focus of our worship at the expense of Heavenly Father and Jesus, but rather that we should be bold and proud of this beautiful and profound aspect of our doctrine.

When I leave this frail existence–
When I lay this mortal by,
Father, mother, may I meet you
In your royal courts on high?
Then, at length, when I’ve completed
All you sent me forth to do,
With your mutual approbation
Let me come and dwell with you.