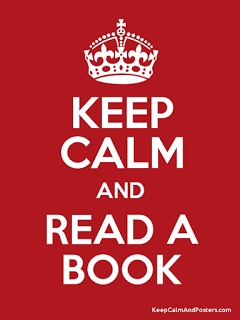 The Latter-day Saint historian and theologian Philip Barlow has what he calls his “Ten Commandments for LDS students attempting to balance faith and learning while at college.” They are:

1. “Seek truth, seek good, and bind them together”
2. “Do not disparage the intellect”
3. “Understand that reason is not the only avenue to truth”
4. “Realize that the Church has always consisted of human beings–flawed and wondrous–who are trying to respond to the divine with which they have been touched”
5. “Know that character affects I.Q.”
6. “Claim a wise mentor and good conversation partners”
7. “Do not forsake the wisdom of the thirteen Article of Faith”
8. “Serve, pray, and remain active in the Church while you study and search”
9. “Think of boredom as a sin: cultivate an attitude of faithful inquiry”
10. “Remember the point”

There is much that I could say about each of these commandments. For starters, I think that these commandments work equally well for those going through a faith crisis. But for now, I will mention just one (of the many) thoughts from Barlow that stood out to me.

Of course, alleged facts can be dangerous for inexperienced minds lacking sufficient context and means of testing and explaining them. It is essential to realize that what we take to be facts are properly contested in the academy. One purpose of an education, indeed, is to deepen the ability for informed and critical thought that is increasingly able to discern the credibility of arguments, alleged facts, and their proper contexts. Moreover, to accept something as “fact” is not the same as assigning that fact a meaning. “So what?” is an excellent question. We should be wary of our own and others’ (including our teachers’) perceptions, weaknesses, tendencies to leap to conclusions, or sneering or condescending attitudes that may cast a false pale over even legitimate facts. But the proper response to all of this is further study, conversation, testing, experience, thought, discipline, and prayer–not avoidance. The ongoing pursuit of truth–––rather than an expressed or unstated boast that we already possess and comprehend it in its fullness–––can and should be at one with hungering and thirsting after righteousness. God and truth are perfectly aligned.

In the university we may find ourselves uncomfortable with some or another new truth we encounter–––as do many children when they discover how humans come into the world, when they confront the nature of Santa Claus, or when they glimpse the reality of suffering and death. But such truths do not embarrass the Lord of Truth. We are threatened by them only in relation to our own understandings, which are subject to change, correction, and growth. Dedication to reality (and the perpetual, faithful, and critical exploration and amendment of our internal maps of reality) is basic to mental and spiritual health and growth. To avoid the work, pain, challenge, and adjustment demanded by this process tends to result in damnation (the blocking of spiritual and mental progress) or emotional, spiritual, and mental illness (which, as imperfect people, we have all tasted at least in mild forms). Our perception and capacities should evolve in a great upward spiral. There is no truth one will encounter at the university that is unknown to God. What, then, shall we fear? Adult naiveté is not generally a virtue. The scriptural mandate (Matthew 10:16) is that we “be wise as serpents, and harmless as doves”–––not harmless as doves and just as dumb.

(Philip Barlow, “10 Commandments for Balancing the Life of the Mind and Spirt on Campus,” in A Twenty-Something’s Guide to Spirituality: Questions you Hesitate to Ask, Answers you Rarely Hear, ed. Jacob Werrett and David Read [Salt Lake City: Deseret Book, 2007], 139–140.)

These are remarkably cogent and apposite comments not only for Latter-day Saints seeking an education, but also for Latter-day Saints experiencing a faith crisis. If I’ve said it once, I’ve said it a thousand times: the proper antidote to a faith crisis is deep study coupled with personal prayer. You can never know too much about Church history, but you can always know too little. I am bold enough to wager that the problem for many people who are going through a faith crisis isn’t that they’ve studied too much, but rather that they’ve studied too little.

I’m reminded of an interview with Steven C. Harper that I once heard. Harper was commenting on the pioneering work of Dean C. Jessee, who, among other things, published groundbreaking work on Joseph Smith’s accounts of his First Vision back in the late 1960s and early 1970s. Harper related an occasion when Jessee was asked by someone why so many people became upset or disturbed when they learned about these accounts. Jessee, according to Harper, smiled and calmly replied, “Oh, I think they’d be okay if they were more inclined to read.”

So keep studying, and study well. Don’t be afraid to ask sincere, meaningful questions and search for answers by study and prayer as you continue your upward spiral towards God.