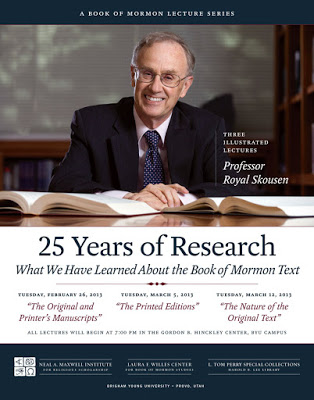 “I gave myself permission to think. … Mormons, bless their hearts, they’re very intelligent, but they don’t critically think very much.”

(Pro tip: If you want to come across as smug and obnoxious as possible, use phrases like “bless their hearts” while giving your ideological opponent a thinly-veiled backhanded compliment.)
So there you have it. The proprietor of the illustrious and academically acclaimed “Ex Mormon Files” (don’t be ashamed if you hadn’t heard of it before; I had to Google it as well) allowed himself to think and, unlike us innocent and incorrigible Mormons, is a true critical thinker. This, of course, brought him to the inevitable conclusion that the LDS Church is false and corrupt.
Frankly, I’m kind of upset that I wasn’t given permission to think while attending BYU. I mean, it would’ve made things much easier if my bishop would’ve just signed my “Permission to Think” endorsement right alongside my ecclesiastical endorsement each year. Whatever. What’s done is done. Maybe if I get 100% on my home teaching this month and pay 20% for my tithing my stake president will give me permission to think.
Until then, I’m curious to hear Mr. Erskine’s opinion of the University of Illinois at Champaign-Urbana-trained linguist Royal Skousen. You know, the one guy who has spent nearly three decades working on the critical text of the Book of Mormon. The same guy who has published his work on the Book of Mormon with Yale University Press. That guy. Specifically, I’m curious if Mr. Erskine thinks Professor Skousen qualifies as a Mormon (bless his heart) who has been allowed to think critically for himself. I mean, Skousen’s work on the critical text of the Book of Mormon is voluminous (literally) and his research has proven extraordinary important and influential on how modern historians, anthropologists, linguists, and literary critics approach the Book of Mormon. He is widely regarded as one of the premier scholars of the Book of Mormon of this generation, and he is undoubtedly the premier text critic of the Book of Mormon of any generation.
Well, I think I already know why Mr. Erskine wouldn’t qualify Professor Skousen as a Mormon who (through some incomprehensible feat of skill, luck, and shrewdness) has managed to secure permission to think for himself in the Church. You see, Professor Skousen is an absolutely firm believer in the authenticity of the Book of Mormon. “The evidence basically argues that Joseph Smith was not the author of the Book of Mormon, nor was he actually the translator,” Skousen has written. “Instead, he was the revelator: through him the Lord revealed the English-language text (by means of the interpreters, later called the Urim and Thummim, and the seer stone).” In addition to his academic work, which has led him to this conclusion, Skousen has testified:

“Yet my personal testimony of the Book of Mormon is independent of my work on the critical text project. The Book of Mormon stands on its own and is ultimately not dependent on how that text may vary in printed editions or in the manuscripts. Moroni promised that the Lord will give a testimony of the book to the prayerful reader — irrespective of any infelicities and errors in the text (which Moroni recognized could be there, as he himself noted in the last part of the title page of the Book of Mormon). I received my own personal witness of this book long before I ever began work on this project. I have never needed to prove to myself that the text is from the Lord. Nor have errors in the text ever prevented the Spirit from bearing witness that the book is the Lord’s.”

2 thoughts on “Textual Criticism of the Book of Mormon: Royal Skousen vs. Earl Erskine”