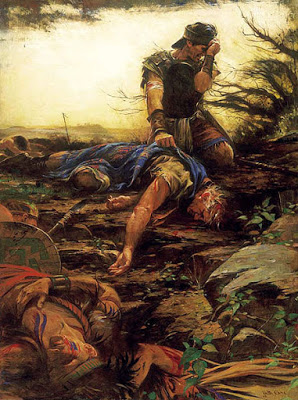 An easy target for critics of the Book of Mormon is its reported army sizes and battle casualties. The final extermination of the Nephites, for instance, reportedly involved tens of thousands of combatants and hundreds of thousands of combatant and non-combatant casualties (Mormon 6:11–15). This pales in comparison to the level of Jaredite slaughter, which, Moroni lamented, reached into the millions (Ether 15:2).

This has led some to deem the Book of Mormon’s depiction of war fanciful. No less than the eminent authorities of the ex-Mormon subreddit have dismissed the Book of Mormon’s reported numbers as “hilariously impossible,” “not remotely plausible on any level by any stretch of the imagination,” and the sad result of Joseph Smith’s “fecund imagination and general ignorance.”[1]

How have Latter-day Saints responded to this challenge? Some, like James E. Smith and John L. Sorenson, have argued that the numbers are actually defensible on historical grounds.[2]

But maybe there’s another way to look at this issue. Perhaps the reported battle numbers in the Book of Mormon, or at least those involving the extinction of the Nephites and Jaredites, were purposefully exaggerated by Mormon and Moroni or their sources. This would have been done, conceivably, to overwhelm the reader with a larger-than-life and almost Romantically tragic conclusion to an already turbulent narrative.

This is by no means some desperate, ad hoc apologetic ruse. Mainstream historical scholarship recognizes that sometimes ancient sources purposefully exaggerated numbers (including population sizes, army sizes, battle casualties, etc.) for rhetorical effect. Unfortunately, as explained by David Stuart (one the world’s leading Maya epigraphers) at last month’s meeting for the Society for American Archaeology, “Late Preclassic [Maya] political entities and geopolitical structures are impossible to reconstruct on current evidence,” and “no historical texts (epigraphic evidence) exist before the Early Classic.”[3] This effectively means that we’re in the dark when it comes to comparing the Book of Mormon with New World historiography during purported Nephite times.

We therefore turn to the Old World, where we encounter the venerable Herodotus: “The number, then, of those whom Xerxes son of Darius led as far as the Sepiad headland and Thermopylae was five million, two hundred and eighty-three thousand, two hundred and twenty” (Histories 7.186; cf. 7.184–185). In other words, the Persian invasion of Greece, according to the principal historical source, was slightly larger than the German invasion of the Soviet Union in June 1941 (the largest land invasion in modern military history) and almost five times larger than the Allied invasion of German-occupied France in June 1944 (the largest sea invasion in modern military history).

Lee L. Brice, commenting on Herodotus’ numbers, straightforwardly explains, “Accurate numbers would have been extremely difficult for sources to learn and really did not matter to ancient authors [like Herodotus] as much as the scale the numbers convey.”[4] Applying the logic of our experts at the ex-Mormon subreddit, we might be tempted to conclude, based on Herodotus’ numbers not being “remotely plausible on any level by any stretch of the imagination,” that the Father of History’s account of the Greco-Persian Wars of the 5th century BC lacks historicity.

Instead of jettisoning Herodotus outright, though, we need to instead appreciate that ancient historians were as much concerned with providing a compelling story as they were with providing factual descriptions of their subjects. Concerning the Histories, “we are dealing with a work of art here, not dry annals,” Jennifer Roberts helpfully reminds us. “Consequently, there are elements of dramatic reconstruction and exaggeration.”[5]

Royal propaganda, in particular, almost effortlessly lent itself to exaggeration and hyperbole when it came to reporting the military victories of the monarch. Thus the celebrated war propaganda of Ramses II hailing his victory over the Hittites at the battle of Qadesh (1274 BC). According to the Egyptian sources, Ramses effortlessly quashed the Hittites and their allies in a triumphant Endsieg. Ramses, in fact, is praised for having practically conquered Egypt’s enemies singlehandedly. “I repulsed a million foreign lands, on my own,” boasts Ramses, “with (only)” the help of the gods and his trusty chariot-steeds “Victory in Thebes and Mut is Content” (COS 2.5A 251–276). The historical reality, of course, is that Qadesh ended in a stalemate, with the Egyptians and the Hittites enacting a reluctant truce. And yet despite Ramses’ baldfaced fibbing, nobody seriously doubts the historicity of the battle of Qadesh.

Likewise, the proud king Mesha of Moab exults at having utterly decimated his neighbors, including Gad and Nebo in Israel. Both Gad and Nebo, Mesha claims, suffered complete annihilation. “I killed all the people” of Gad, and “killed [the] whole population” of Nebo, the Moabite king’s victory stela reads (COS 2.23 10–18a). To make sure there was no confusion about the matter, Mesha gratuitously boasted that “Israel was utterly wasted forever” (my translation: וישראל אבד אבד עלם). Conspicuously missing from Mesha’s propaganda are descriptions of any setbacks or problems (logistical or otherwise) that he surely encountered in his campaign, or the inconvenient fact that Israel would go on to survive for another century until its fall to the Neo-Assyrian Empire. But like Ramses’ Qadesh reports, the contents of the Mesha stela are not discarded simply because of the propensity towards hyperbole on the part of Moab’s sovereign.

This biblical hyperbole has been recognized by John B. Gabel, Charles B. Wheeler, and Anthony D. York, who write, “As we might anticipate, stories having to do with military activity are especially likely to show hyperbole” (emphasis added). After citing numerous examples of both military and non-military number inflation (Exodus 12:37; Judges 6:5; 20:1–2; 2 Samuel 18:8; 1 Kings 8:63), these authors continue, “These and other statistics should not be taken too seriously; behind them is the imagination of a storyteller, not the figures of a census taker.” As such, “it would be idle . . . to dispute them on factual grounds.” The point, then, of these inflated numbers weren’t to provide a factual description of the event, but rather were “intended to impress the reader with the magnitude of the subject: It is this that comes across to the reader, and this is only the important consideration.”[6]

This “deliberate exaggeration for effect” that is “so common in biblical writings”[7] is also arguably what’s happening in Mormon’s (and subsequently Moroni’s) historical narrative. If we grant that Mormon was an ancient historian who followed the conventions of ancient “historiography,” such as it is, then we must allow him the privilege of writing as other ancient authors wrote. This would include the privilege to heavily moralize on this or that topic (which he and other Nephite historians are ever wont to do) and to embellish story elements to meet ideological or narrative goals. To deny him this privilege is to otherwise fallaciously impose a presentistic standard on an ancient source.

[3]: Email from Mark Wright to Stephen Smoot and Neal Rappleye, April 11, 2016, with accompanying notes and photograph of Stuart’s presentation.

[9]: William J. Hamblin, “The Importance of Warfare in Book of Mormon Studies,” in Warfare in the Book of Mormon, ed. Stephen D. Ricks and William J. Hamblin (Salt Lake City and Provo, UT: Deseret Book and FARMS, 1990), 495–496. “Let me conclude this overview by summarizing the military topics on which the Book of Mormon manifests clear parallels to ancient patterns of military behavior: the use of only pregunpowder weapons; communal bases of military loyalty; tribal military organization; agricultural economic base; seasonal patterns in warfare; military implications of geography and climate; limited use of animal resources; weapons technology and typology; fortifications; military innovations; social and economic impact of warfare; the military implications of changing demographic patterns; recruitment based on tribes and communities; the problems of supplying soldiers in times of war; complex prebattle maneuvering; extensive scouting and spying; prebattle war councils; use of banners for mobilization and organization; decimal military organization; proper tactical role of missile and melee combat; patterns of flight after battle; the importance of oaths of loyalty and surrender; dorms of international relations; the causes of warfare; treatment of robbers as brigands; laws of war; importance of plunder in warfare; guerrilla warfare; ritual destruction of cities; ritual capture of kings; human sacrifice; treatment of prisoners; disposal of the dead; centrality of war to the elite culture; the fundamental interrelationship between war and religion; religious ritual behavior before, during, and after battle; divination before battle; camp purity; and the ideology of holy war. In none of these topics does the Book of Mormon contradict the ancient patterns of the practice of warfare. In many of these topics, the Book of Mormon uniquely reflects its dual heritage of the ancient Near East and Mesoamerica.”