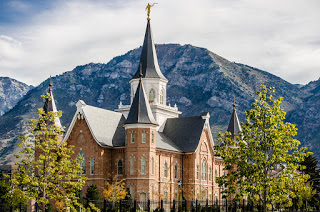 I’ve been a fan of yours for a few years now. I discovered Neon Trees not long after I returned from my mission and have enjoyed your music ever since. I recall about two years ago or so (if I’m remembering correctly) when you had an open air concert in Provo. My apartment was close enough that I could listen from my balcony. It was wonderful!

I was inspired by your courage to come out back in 2014. I remember thinking how great it was that you were, it seemed, able to juggle your sexuality with your faith (certainly not an easy task for members of the Church with same-sex attraction) in a wholesome and healthy manner.

But then something changed. I read yesterday in the Salt Lake Tribune how the Church’s recently enacted policy towards same-sex couples and their children deeply affected you. “[Your] exit from the LDS faith,” I read, “was triggered after the November announcement that married gay couples would be considered apostates of the church and children of gay couples would not be allowed to participate in church rites.”

At the same time a friend of mine sent me a link to your new music video. “Trash”–––a provocative title. I watched it with interest, which quickly turned to shock. The opening lyrics gripped me. “I think I lost myself in your new religion / You say a prayer for me like a superstition.” And then, “Maybe I’ll see you in hell / Okay, whatever / One man’s trash is another man’s treasure.”

Surrounding you were distorted images of Joseph Smith, upon one of which you spat.

Then you entered the elevator.

That’s when my shock turned to sadness.

I’m not outraged, or indignant, or offended, Tyler. I’m sad. Sad for a number of reasons.

I’m also sad, however, because you’ve taken that pain and frustration and instead of finding reconciliation and atonement, you’ve turned it into vitriol and anger. And what’s worse, you turned it into profanity (in the literal sense of the word).

You see, Tyler, I write this after working a double shift at the Provo City Center Temple. I arrived for my shift before dawn and finished in the afternoon. While in the temple I felt peace, safety, comfort, and enlightenment. I was spiritually vivified as I administered sacred ordinances to others seeking refuge from the blood and sins of this fallen world.

I officiated over a company of Latter-day Saints as they received an endowment from on high. Watching over the company, I saw soft tears in some eyes, and heard gentle sniffles in the room. My own eyes moistened more than once. I noticed many smiles as each member of the company, one by one, conversed with the Lord through the veil.

This was the peak of holiness for me and several others. We were away from the world, learning about God’s plan of salvation for his children, and making sacred covenants. We were making eternal bonds with dear ones away. We were in the house and presence of the Lord.

That’s why I’m deeply sad that in your anger you felt you were justified to degrade the sacredness of the tokens of the priesthood. The rites of the temple are dear to the hearts of millions of Latter-day Saints, including my own. To see them profaned before the world was wounding.

But I’m not just sad because of that. I’m also sad that now I cannot show your music video to other Latter-day Saints who may have been sympathetic to your plight, or who may have wanted to better understand you. I’m sad that now to many Latter-day Saints you’ll be just another angry ex-Mormon who “can’t leave the Church alone,” and who is out for revenge. And so they’ll tune you off, block you out, and turn you away.

That’s the last thing we need at a time like this.

You feel hurt and betrayed by the Church. I understand that, and I don’t doubt your feelings are real (and, heck, even justified). I’m not asking you to pretend like everything is just okay; like your feelings don’t exist. Nor am I asking you to keep your mouth shut and suffer in silence. Rather, I hope that you’ll understand why I and many other Latter-day Saints now feel like it is much, much harder to fully support you.

Let me end by saying this, Tyler. You sing, “One man’s trash is another man’s treasure.” I confess that I’m not exactly sure how to understand this line. I suppose you could mean several things, and I suspect that one of those meanings is that you feel like trash.

You are not trash, Tyler. Not to your Heavenly Father, not to your Savior Jesus Christ, and not to me. You are a treasure. You are a beloved son of Heavenly Parents, who weep with you in your pain (Moses 7:28). You have infinite worth in Their eyes. As it says in the revelation given to the man whose image you spat on, “Remember the worth of souls is great in the sight of God” (Doctrine and Covenants 18:10).

I hope you’ll never forget your eternal worth, Tyler, and that you’ll find peace, wherever it may be.

43 thoughts on “An Open Letter to Tyler Glenn”