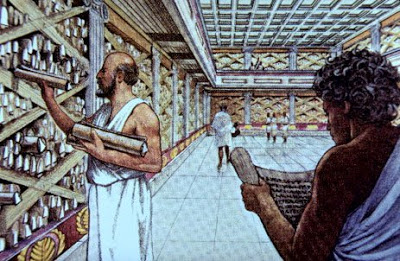 Steven C. Harper (who holds a PhD in early American history from Lehigh University) is a former professor of Church History and Doctrine at Brigham Young University, a current editor at the Joseph Smith Papers Project, and a historian with the Church History Department. His research has focused mainly on the history surrounding Joseph Smith’s First Vision, including the various accounts Joseph left of the vision over his life.

In a book published not long ago, Harper made an observation about the difference between merely googling for quick and shallow information and engaging in meaningful study and research.

He began by (correctly) noting that “the foremost historians of the first vision are seekers of the study and faith variety. They are disciplined practitioners of the historical method who were trained in respected universities.”[1] He continued, “By contrast, people who go from belief to unbelief when they confront the historical documents are comparatively ignorant of the historical method.” Although “they are generally sincere,” they are also “poorly informed.” The problem? “They did not practice a disciplined method. They did not seek by diligent, systematic study along with exercising faith.” This is not to say these individuals are stupid, or acting in bad faith, but rather they are poorly equipped to handle the relevant data and make sense of the issues that arise with a critical reading of such. Harper thus warned, “Googling is not a synonym for seeking.”[2]

Of course, when read in context what Harper meant by “googling is not a synonym for seeking” is simply that it’s not enough to type a few words in a search engine and content oneself with the first couple of hits that come up when you press enter. To truly understand something one must engage in thoughtful study that takes time, patience, and plenty of mental effort. It requires consulting the expertise of scholars qualified to speak authoritatively on the given subject and carefully weighing their judgments against one’s own critical reading of the evidence.

Harper’s rather straightforward and uncontroversial statement (which you’ll find being echoed by any university professor worth his or her salt) hit something of a nerve with ex-Mormons. Here, for example, is Jeremy Runnells’ response to Harper:

What a ridiculous claim.

Google is the taxi; not the location. It’s the phone; not the conversation.

This is like saying, “The library is not a synonym for seeking.” The library is just a tool or gathering place of books, papers, works, and sources.[3]

Upon encountering this quote by Harper, another ex-Mormon, in an expletive-laden tantrum, screamed, “[Expletive] these arrogant, self-righteous, condescending, two-timing, contradicting, confirmation biasing, truth obfuscating, history whitewashing dirt bags who try to defend the church by the exact means they decry.”[4]

Is Steven Harper really a self-righteous hack for politely suggesting people do some research beyond reading a Wikipedia entry or two before they become ex-Mormon dogmatists? Just this week I have been reading Thomas M. Nichols’ excellent new book The Death of Expertise: The Campaign Against Established Knowledge and Why it Matters. Nichols, a professor at the US Naval War College, has some pointed things to say about the deleterious effects the Internet has had on public discourse and today’s intellectual climate. “People do not come to the Internet so that their bad information can be corrected or their cherished theories disproven,” Nichols insists. “Rather, they ask the electronic oracle to confirm them in their ignorance.”[5] Nichols has compelling data from sociological and psychological research backing him up on this. I encourage my readers to review the research (and Nichol’s commentary) for themselves by reading his book.

In the mean time, I couldn’t help but notice that Nichols directly addresses this insistence that using Google is just as viable as going to the library to find your information (per Runnells). While there is no doubt that the Internet has been a tremendously useful tool in sharing information, this somewhat Faustian bargain of communication technology comes with a grave price.

In some ways, the convenience of the Internet is a tremendous boon, but mostly for people already trained in research and who have some idea what they’re looking for. It’s much easier to subscribe to the electronic version of, say, Foreign Affairs or International Security than it is to decamp to the library or impatiently check an office mailbox. This is no help, unfortunately, for a student or an untrained layperson who has never been taught how to judge the provenance of information or the reputability of a writer. Libraries, or at least their reference and academic sections, once served as a kind of first cut through the noise of the marketplace. Visiting a library was an education in itself, especially for a reader who took the time to ask for help from a librarian. The Internet, however, is nothing like a library. Rather, it’s a giant repository where anyone can dump anything, from a first folio to a faked photograph, from a scientific treatise to pornography, from short bulletins of information to meaningless electronic graffiti. It’s an environment almost entirely without regulation, which opens the door to content being driven by marketing, politics, and the uninformed decisions of other laypeople rather than the judgment of experts.[6]

Notice that Nichols specifically disputes the idea that the Internet is just like a library, as Runnells would have us believe.

But the situation is even worse. It’s not just that the Internet is an unregulated dumping ground, it’s also that the Internet actually diminishes your ability to critically wade through the torrent of information before you.

The Internet lets a billion flowers bloom, and most of them stink, including everything from the idle thoughts of random bloggers and the conspiracy theories of cranks all the way to the sophisticated campaigns of disinformation conducted by groups and governments. Some of the information on the Internet is wrong because of sloppiness, some of it is wrong because well-meaning people just don’t know any better, and some of it is wrong because it was put there out of greed or even sheer malice. . . . In addition to enabling torrents of misinformation, the Internet is weakening the ability of laypeople and scholars alike to do basic research, a skill that would help everyone to navigate this wilderness of bad data.[7]

The Internet is not just responsible for spreading misinformation like wildfire. It is also making people intellectually lazier.

Plugging words into a browser window isn’t research: it’s asking questions of programmable machines that themselves cannot actually understand human beings. Actual research is hard, and for people raised in an environment of constant electronic stimulation, it’s also boring. Research requires the ability to find authentic information, summarize it, analyze it, write it up, and present it to other people. It is not just the province of scientists and scholars, but a basic set of skills a high school education should teach every graduate because of its importance in any number of jobs and careers. But why bother with all that tedious hoop-jumping when the screen in front of us already has the answers, generated by the millions in just seconds, and beautifully laid out in colorful, authoritative-looking websites?[8]

I could go on, but by now the point should be clear.

Jeremy Runnells, the poster child for the Dunning–Kruger Effect, does not.


Postscript: A blogger named Victor Himmel has responded to my post. You can read his reply here.

[1]: Even a cursory glance at the credentials and academic training of many of the faithful Latter-day Saint historians who have published on the First Vision confirms this. See, for instance, the contributors to Samuel Alonzo Dodge and Steven C. Harper, eds., Exploring the First Vision (Provo, UT: Religious Studies Center, Brigham Young University, 2012).

[4]: Anonymous, “‘Googling is not a synonym for seeking.’ – Urge to kill, raising…” Ex-Mormon Subreddit.

4 thoughts on “On the Internet, Libraries, and Seeking”