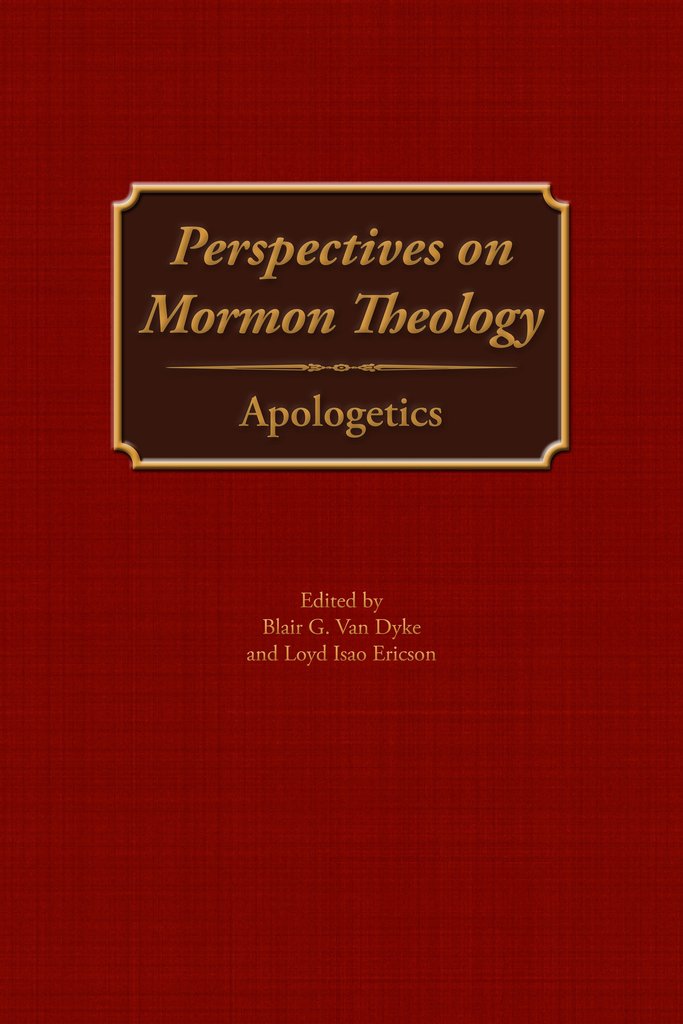 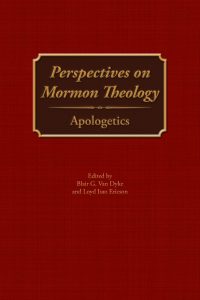 “But sanctify the Lord God in your hearts: and be ready always to give an answer to every man that asketh you a reason of the hope that is in you with meekness and fear.” So reads 1 Peter 3:15, the locus classicus when it comes to scriptural encouragement for Christians to engage in apologetics, or defense of the faith. Indeed, as many exegetes have point out, the word rendered in the KJV as “answer” is apologia, or apology (defense), from whence we derive our modern term apologetics. Christians, including Latter-day Saint Christians, widely agree that defending the faith is an important component to discipleship. What they don’t always agree on, however, is the best way how to defend the faith.

This is where the new volume Perspectives on Mormon Theology: Apologetics, published by Greg Kofford Books, comes into play. Edited by Blair G. Van Dyke and Loyd Ericson, both of Utah Valley University, Apologetics is a compilation of essays that draws from the wide spectrum of Latter-day Saint positions on apologetics. As explained by the editors, this was done deliberately. “There is no attempt to forge a common view of apologetics in this volume,” Van Dyke and Ericson write. “We aimed to portray the breadth and width, the borders and boundaries of Mormon Apologetics” (p. viii). After reading each contribution in the volume, I would have to say that the editors were successful in this commendable goal.

Indeed, Apologetics offers a variety of views from Latter-day Saints on both sides of the ideological aisle. Familiar conservative names such as Daniel Peterson, Ralph Hancock, and Michael Ash are joined right alongside more liberal voices such as Loyd Ericson, David Bokovoy, and Benjamin Park. (I note quickly that I by no means use “conservative” or “liberal” pejoratively, but merely as a means to quickly calibrate the overall positions taken by these respective authors.) Each contributor provides their own apologetic, as it were, for their view on the role and nature of apologetics, or at least how Latter-day Saints might most effectively engage in apologetics. Peterson and Hancock, for instance, maintain their long-held positions that Latter-day Saints should overtly speak in defense of Mormonism’s historical, moral, and metaphysical truth claims, even (or especially) in spite of trending secularism in the academy and society at large. Bokovoy and Ericson, on the other hand, urge Latter-day Saints to eschew this more traditional form of apologetics for one that instead emphasizes the efficacy of spirituality and faith in the life of the individual believer.

Most welcome are the contributions by three thoughtful Latter-day Saint women: Juliann Reynolds, Julie M. Smith, and Fiona Givens. Given that male voices tend to dominate these discussions, I appreciated each of the perspectives of these authors, who rightly call for a reassessment of the gender imbalance seen in Mormon apologetics (and, more broadly, theology). Of the three, I was especially impressed with Smith, who offers fresh insight into how to avoid “collateral damage” in apologetics by following four guidelines:

I likewise enjoyed the thoughts of Joseph Spencer, who pushes readers to consider a new apologetic paradigm that brings the audacious and grandiose (and even problematic) claims of Mormonism to the front, but in so doing paradoxically encourages rather than diminishes faith in the Restoration. Spencer takes the interpretation of Revelation 22:18–19 to illustrate his new vision for apologetics. Beyond merely answering the feeble objections sectarians bring up with this scripture against even the idea of the existence of the Book of Mormon, Spencer believes a Mormon apologetic on this topic, for instance, should also acknowledge the radical way in which the Book of Mormon actually raises the stakes.

Going far beyond merely undercutting the credibility of the critics or their criticism and thereby satisfying itself with having established the possibility of the Restoration’s truth, it elaborates at length how much more radical the Book of Mormon’s claim is than the critics assume. This approach reinforces the difficulty of deciding in favor of the Restoration’s truth, since one is now asked not only to believe just that God could and in fact did reveal more than is contained in the Bible, but also and especially to believe that the supposed warning contained in the Bible about adding to it has been manipulated in order to ensure that readers would never attempt to restore to it what has been maliciously taken from it. The conditions for belief are, in a certain way, less favorable in light of this apologetic effort—but they are therefore all the more profound and in a certain way all the more inviting. To decide in favor of the Restoration’s truth requires much more than it might have seemed to require; one can no longer attempt to embrace the Book of Mormon without at the same time embracing claims regarding the instability of biblical texts. The canon is not simply but radically open. (p. 246, emphasis in original)

In short: “An apologetics fully worthy of the Restoration must be at least as profound as the Restoration itself, and that depth can be investigated rationally. To glimpse the richness of the restored gospel is both to see the real, reinforced difficulty of developing faith in it and to open oneself to the possibility of finding real conviction regarding its truth” (p. 246, emphasis in original). If I understand Spencer correctly, I think this apologetic paradigm could be applied to several aspects of Mormon theology. Take, for instance, the Mormon collapsing of the ontological gulf between man and god, and its insistence that man can become like god. Spencer’s apologetic would urge us to fully embrace, not downplay, the brazen way in which this theology separates Latter-day Saints from the classical Christian tradition, but in so doing would inspire even greater faith in the believer.

Even those entries in Apologetics that I took some exception with I nevertheless found useful. I had a number of disagreements with both Bokovoy and Ericson on the propriety of directly arguing for the historical claims of Mormon scripture, for instance, but nevertheless appreciated their valid concern for not losing sight of the spiritual needs of the individual believer. Likewise, although I took some exception with his reactionary (almost doctrinaire) conservatism, I found myself agreeing more with Hancock than his interlocutors Park and Birch on the propriety of engaging in apologetics in the academy, but could still acknowledge their fair caution against allowing apologetic presuppositions cloud critical judgment.

Accordingly, I think Apologetics will have something to offer for everyone. With the exception of perhaps the most uncompromising conservative or liberal fundamentalists, readers at all places on the spectrum of belief will find benefit from the book. At the very least, the book amply demonstrates that apologetics is alive and well in contemporary Mormonism. There may not be a single approach to apologetics that has won universal acceptance, nor a monolithic narrative or identity for those who do apologetics, but the undertaking is nevertheless full of exciting vitality.