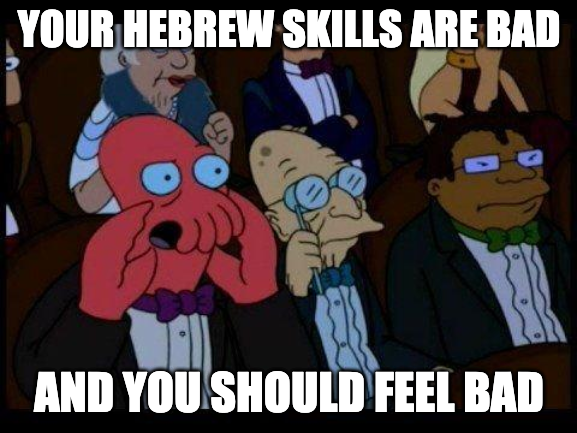 The apocryphal story is told of the freshman who storms up to the reference desk at his university library flustered and frustrated. “What seems to be the problem?” the kind librarian asks him. “I’m trying to do research,” he replies, “and I keep seeing references to a book called “Ibid.”, but I can’t find it anywhere here in the library!”

With this tale in mind, consider how back in 2016 Zelph on the Shelf wrote blog post responding to an LDS Smile article called “44 Reasons the Church is True.” The fact that they were responding to Latter-day Saint apologetic arguments as they are made on the site LDS Smile—instead of a more robust, scholarly articulation of the arguments as might be found from FairMormon, FARMS, Interpreter, or Book of Mormon Central—means that, even by their standard, they already set the bar low. But somehow in their response they still managed to completely embarrass themselves. (Who says miracles aren’t real?)

Take, for example, this argument responding to the connection between the Book of Mormon name Jershon and the Hebrew root “to inherit”:

As my friend Robert Boylan has already pointed out, JWW is not the Hebrew word for “inherit.” In fact, there is no Hebrew root jww (or more correctly, yww, since the English j is a transliteration, through the German, of the Hebrew yod). The word simply does not exist.

As also pointed out by Boylan, “to inherit” comes from the Hebrew root yrš, which merely requires the usual shift from y to j when transliterated into the English alphabet. Add the common Hebrew locative suffix -on, widely attested in Hebrew toponyms, and voilà! You have Jershon.

Granted, maybe our seasoned Hebraists Samantha Shelley and Tanner Gilliland know something about Hebrew that John A. Tvedtnes didn’t know when he published this etymology for Jershon in the Encyclopedia of Hebrew Language and Linguistics.1

Just to double check, here is the entry for ירשׁ in HALOT: 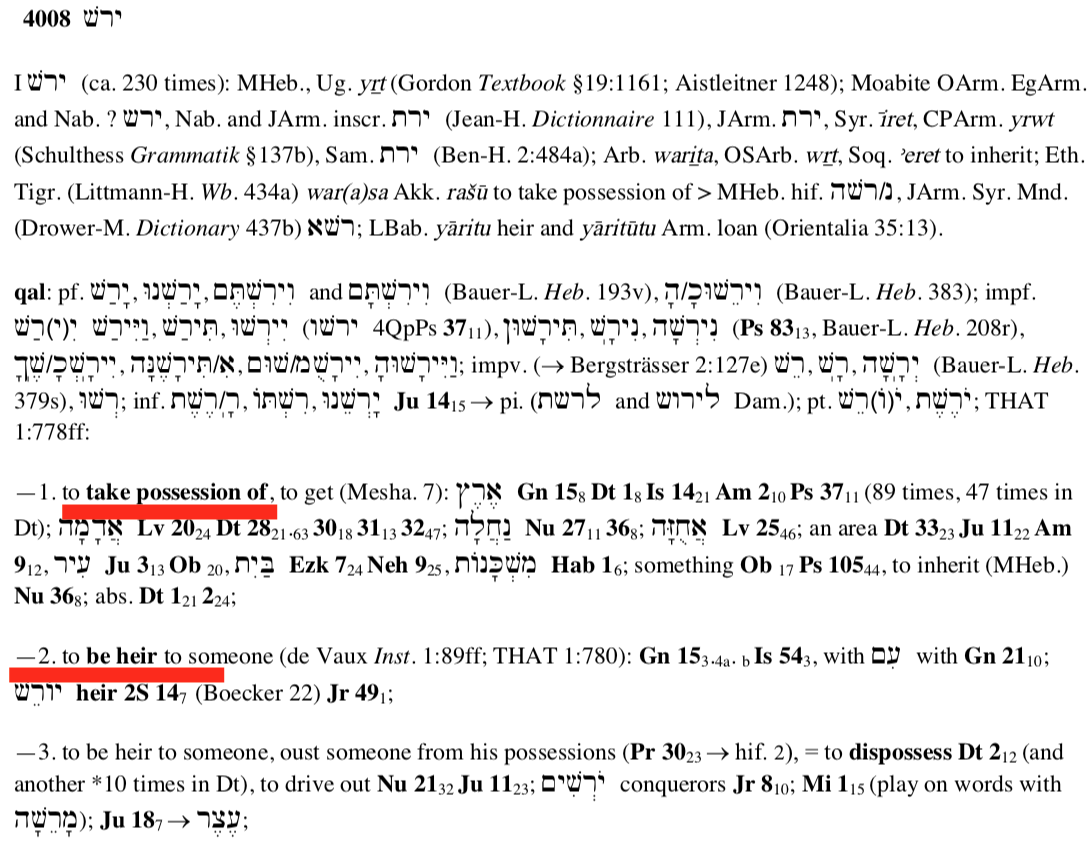 And here is the same in the BDB:

It’s all quite simple, really, and does not require “a series of potential linguistic exceptions.” Many authentic ancient toponyms require much more complicated etymological discussions, so it’s probably safe to say Samantha and Tanner are not terribly well read in serious linguistic arguments. On the other hand, Stephen D. Ricks—who is an actual expert in Hebrew and Semitic languages—has literally called Jershon a “slam dunk” for the Book of Mormon.

One question, however, has long bugged me: where on earth did Zelph get the demonstrably false idea that “inherit” is JWW in Hebrew? They cited no source, so it is impossible to be certain.

But take a look at the first part of the Book of Mormon Onomasticon entry on “Jershon” (brought to my attention by my friend Neal Rappleye):

Notice the letters JWW in parentheses next to “to inherit.” This is actually a parenthetical citation referring to Latter-day Saint scholar John W. Welch. Similar citations appear throughout the entry to JAT (John A. Tvedtnes), SDR (Stephen D. Ricks), and RFS (Robert F. Smith). It has nothing to do with the etymology of the word “to inherit.” But Zelph on the Shelf evidently performed a face-palm level misreading of this statement, and thought it was saying JWW was the Hebrew root for “to inherit.”

So not only can Zelph on the Shelf clearly not read Hebrew, but their ability to read English is, it would seem, also questionable.

15 thoughts on “Zelph on the Shelf Can’t Read Hebrew (or English, Apparently)”