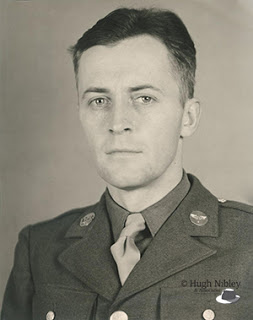 On his blog John Gee has some comments on the legacy of Hugh Nibley, the godfather of modern Latter-day Saint scholarship of the ancient world. Among other things, Gee commented briefly on his personal history with Nibley:

I knew Nibley pretty well, for someone who was my grandfather’s age. I took six classes from him. I spent years not only reading just about everything he wrote, but actually looking up thousands of his footnotes. I edited two volumes in his collected works, and source checked on all but three of those volumes. I also had many personal encounters with him over a twenty year time period. I learned many of the same languages he did. I have seen first hand his strengths and weakness both as a person and as a scholar.

The mentioning of Nibley’s footnotes, of course, brought to my mind the claim made by some that Nibley simply fabricated his footnotes. This claim can be easily refuted (and indeed has been).

It was not long after reading Gee’s blog last night that I encountered the following in the English translation of Heinrich Schäfer’s monumental achievement Von ägyptischer Kunst. Schäfer, next to Adolf Erman and Kurt Sethe, was a preeminent fin-de-siècle German Egyptologist. His work on Egyptian art is yet standard reading for students a century after its appearance.

But John Baines, the translator and co-editor of the English edition of Schäfer’s work, noticed something as he worked with the text.

The German edition of the book is editorially unsuitable for an English-speaking public because of the condensed and complicated form of its citations, and because some of the works referred to are inaccessible and others have since appeared in translations or in new editions. The book also departs to a surprising extent from norms of citation in modifying or paraphrasing passages quoted, yet retaining quotation marks, and in failing to acknowledge other quotations. A fair number of references are simply wrong, especially in the list of illustrations–I only hope not too many errors have crept into this edition.

As far as I’m aware, nobody has attempted to wave away Schäfer’s pioneering work because he wasn’t as careful with his footnotes or citations as he should’ve been. I therefore find it rather perplexing that many have tried to do such with Nibley.

There are plenty of reasons to be critical of Nibley’s scholarship. Many of his assumptions and methodological approaches can rightly be questioned, and a number of Nibley’s arguments have been rendered obsolete due to subsequent scholarship and new information. (Nibley himself was well aware this would eventually be the case, and famously quipped, “I refuse to be held responsible for anything I wrote more than three years ago.”) But that is not the same as dismissing Nibley out of hand because he was sometimes sloppy with his citations and sometimes employed questionable readings of his sources.

I can only suspect Nibley has been the target of these attempted dismissals for ideological and polemical rather than scholarly reasons.

1 thought on “On Hugh Nibley and His Footnotes”