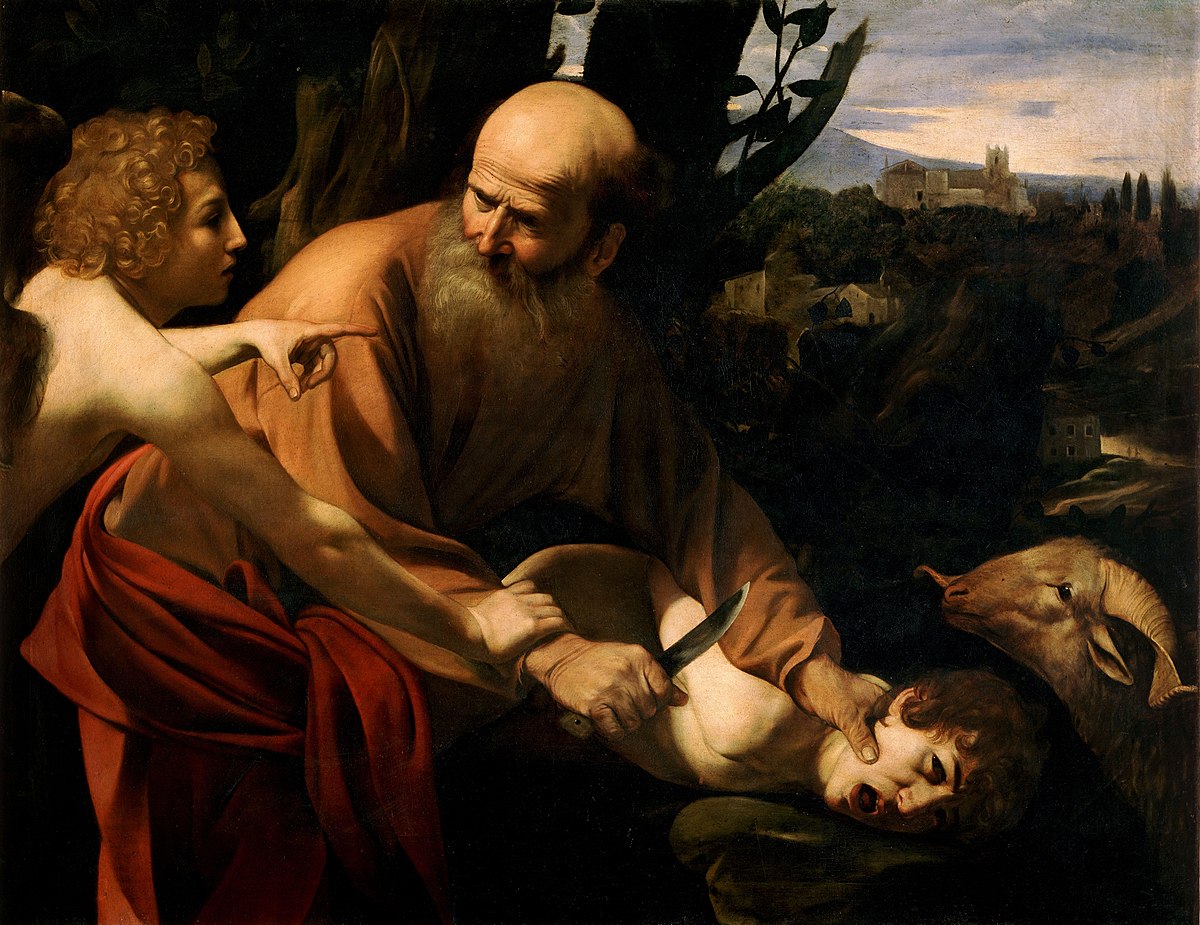 On November 5, 2015, it was leaked that The Church of Jesus Christ of Latter-day Saints was enacting a new policy towards members of the Church in a same-sex relationship and their children. The “November 5 Policy” or the “Exclusion Policy,” as it is sometimes variously called, states the following concerning the blessing of “children of a parent living in a same-gender relationship” (as it reads in the current Handbook of Instructions):

16.13 Children of a Parent Living in a Same-Gender Relationship

A natural or adopted child of a parent living in a same-gender relationship, whether the couple is married or cohabiting, may not receive a name and a blessing.

A natural or adopted child of a parent living in a same-gender relationship, whether the couple is married or cohabiting, may be baptized and confirmed, ordained, or recommended for missionary service only as follows:

A mission president or a stake president may request approval from the Office of the First Presidency to baptize and confirm, ordain, or recommend missionary service for a child of a parent who has lived or is living in a same-gender relationship when he is satisfied by personal interviews that both of the following requirements are met:

Concerning those in a same-sex relationship, the Handbook clarifies under 6.7.3 (“When a Disciplinary Council Is Mandatory”) that being in “in a same-gender marriage” constitutes apostasy that carries mandatory disciplinary action.

A week after these policy changes were leaked the First Presidency issued a letter clarifying the Church’s position. Additionally, Church Public Affairs released a video interview with Elder D. Todd Christofferson explaining the Church’s rationale for these changes.

Understandably, the public reaction to the November 5 Policy was heated, with people rushing to either condemn or defend the Church’s new policy. Many Church members (including myself) struggled to even understand, much less accept, the rationale for the new policy changes.

To make matters worse in the minds of many politically progressive Latter-day Saints, shortly after the policy (and its subsequent fallout) President Russel M. Nelson related in a Worldwide Devotional for Young Adults how the policy was divinely revealed.

This prophetic process was followed in 2012 with the change in minimum age for missionaries and again with the recent additions to the Church’s handbook, consequent to the legalization of same-sex marriage in some countries. Filled with compassion for all, and especially for the children, we wrestled at length to understand the Lord’s will in this matter. Ever mindful of God’s plan of salvation and of His hope for eternal life for each of His children, we considered countless permutations and combinations of possible scenarios that could arise. We met repeatedly in the temple in fasting and prayer and sought further direction and inspiration. And then, when the Lord inspired His prophet, President Thomas S. Monson, to declare the mind of the Lord and the will of the Lord, each of us during that sacred moment felt a spiritual confirmation. It was our privilege as Apostles to sustain what had been revealed to President Monson. Revelation from the Lord to His servants is a sacred process, and so is your privilege of receiving personal revelation.

This announcement once again sparked discussion over the matter which continues to this day. With President Nelson expected to be President Monson’s successor as president of the Church, some anticipate that it may be a challenge to retain increasingly pro-LGBT millennials in the Church.

All of this recently got me wondering if it might be possible to consider something as difficult and trying as the November 5 Policy as a sort of Abrahamic test. In other words, could it be that the policy really was inspired by revelation as a means of testing the faith of Church members? The brusque denial of such a possibility on the part of one blogger notwithstanding, I think this may be something to consider.

To answer this question, it’s first needful to quickly review where the idea of an “Abrahamic test” comes from. Genesis 22 in the Old Testament narrates how God, with no apparent explanation, commanded Abraham to sacrifice his son Isaac. Abraham (reluctantly?) goes through with the command, but just as he was about to put the boy to the sword an angel appeared and stayed the patriarch’s hand. A substitute in the form of a nearby ram “caught in a thicket by his horns” (v. 13) was offered up as the sacrifice.

To be sure, this is a difficult chapter to exegete, and seemingly countless explanations have been offered by both Jewish and Christian readers of the text. Was it a test of obedience and faithfulness? Was it an anti-child sacrifice polemic? Was it a pro-child sacrifice polemic? Was it allegorical foreshadowing for the sacrifice of Jesus? Whatever it may have been, the story has been utilized to illustrate what is today commonly called an “Abrahamic test,” or a test or trial that requires seemingly impossible amounts of faith and obedience to endure precisely because the stakes are so high and the potential emotional consequences so devastating. In Abraham’s case the trial is clearly depicted as having come from God (“God did tempt [“test, try”; Hebrew nissah] Abraham,” v. 1) and being predicated on astronomically huge emotional stakes (“Take now thy son, thine only son Isaac, whom thou lovest, . . . and offer him there for a burnt offering” v. 2).

So the basic components of an Abrahamic test, it would seem, include a trial that is (1) sent from God and (2) asking for an excruciating sacrifice. It’s not your run-of-the-mill, day-to-day, “we-live-in-a-fallen-world-by-gosh-and-by-golly” kind of trial. It represents a trial where God asks the believer to seemingly sacrifice everything he or she holds near and dear.

As just one example, in the case of the early Saints, plural marriage became a veritable Abrahamic test given what the practice asked of its practitioners. In fact, the revelation on plural marriage received by Joseph Smith even uses Abraham’s test on Mount Moriah as a positive example of one who was obedient to a difficult commandment, even to the point of seemingly contradicting another commandment (v. 36). To Joseph the Lord declared, “Behold, I have seen your sacrifices, and will forgive all your sins; I have seen your sacrifices in obedience to that which I have told you. Go, therefore, and I make a way for your escape, as I accepted the offering of Abraham of his son Isaac.” To the Prophet’s wife, Emma, the Lord said, “I did it, saith the Lord, to prove you all, as I did Abraham, and that I might require an offering at your hand, by covenant and sacrifice” (vv. 50–51). That practicing and upholding plural marriage as a divine commandment would be an agonizing trial was not lost on early Mormon polygamists.

I must similarly wonder if the November 5 policy has been revealed as an Abrahamic test for both straight but especially gay Church members. If we grant for the sake of this theological thought-exercise that President Nelson is telling the truth that this policy change came by revelation, then it would appear to meet both criteria for being an Abrahamic test. First, it came from God, and second, it requires an enormous sacrifice that can only be performed with an equally enormous amount of faith. As with Abraham sacrificing his (and his heretofore barren wife’s) son and the early Saints sacrificing the emotional and social comforts of Victorian monogamy, it seems significant to me that the November 5 policy asks gay Latter-day Saints to sacrifice an important familial component to their existence: a same-sex relationship/marriage with children.

I greatly doubt that I need to explain how hard it would be to willingly submit to a sacrifice such as this. But in case you don’t believe me, or in case you think it’s no big deal to ask of gay Latter-day Saints what the Church is asking of them, I would encourage my readers to hear for themselves what gay Mormons wishing to keep their covenants and retain their Church membership have said about the immense burden of living a life of celibate bachelor(ette)hood in a Church and culture such as ours.

To be fair, the story of Abraham ends with Abraham ultimately not sacrificing Isaac. And plural marriage is no longer practiced in the Church. This alone, some may insist, makes any comparison to the November 5 policy illegitimate. After all, there appears to be no sign that the Church will rescind this policy and admit same-sex marriages in the Church. Presumably the November 5 policy is here to stay, barring any drastic reversal down the road. This is a reasonable and fair objection, which is why I write this post only to explore certain possibilities, not to offer any definitive answers. Perhaps in the future the policy is reversed and same-sex marriages are permitted in the Church. Although I personally find this highly unlikely, I grant that it’s hypothetically possible. Maybe then, were this to happen, we could look back and talk more confidently about the November 5 policy as an Abrahamic test. But even if not, even if the November 5 policy remains in effect until the highlands are made low, and the valleys raised, and the crooked paths made straight, I would still maintain that there are enough parallels that we should keep this in mind as one way to perhaps make sense of this entire ordeal.

Like Nephi, I do not know the meaning of all things. While I have largely come to peace with it, I still wrestle with the November 5 policy, having placed it on my proverbial shelf for now. What I have outlined above makes a great deal of sense to me, but I would never presume to claim it is the definitive answer. One thing I do know, however, is that God loves his children, and that includes his gay, bisexual, queer, and asexual children. That love, I am absolutely confident, extends to his LGBTQ+ children whether they are in the Church or out of it.

12 thoughts on “The November 5 Policy as an Abrahamic Test”