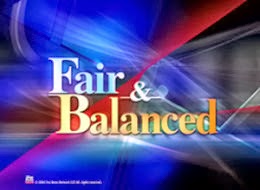 One of the complaints I hear from the proprietors and/or supports of MormonThink is that it is unfair to characterize MormonThink as being “anti-Mormon” or as being unfair and overly critical of the Church. If you read the purpose statement on MormonThink you’ll see gratuitous (and highly dubious) claims of objectivity, fairness, and open-mindedness on the part of the website’s writers/editors.

I’ll let the reader decide for him or herself what they think of these claims of objectivity and fairness. I personally think they’re totally bogus, and little more than rhetorical tricks used to lure unsuspecting visitors into thinking that what they read on MormonThink is “objective.” There isn’t a single negative argument against the Church that I haven’t at some time seen MormonThink or its fans dredge up and use, no matter how many times that argument has been put to rest. What’s more, when you read the comments of folks like Tom Phillips or David Twede (at places like the dreadful Recovery From Mormonism or the Ex-Mormon Reddit sites) when they’re not putting on their little show, it becomes transparently obvious what their real intentions are with MormonThink. (See here for a sampling of such quotes.)

But that’s neither here nor there. What I want to focus on for this post is how other non-Mormons have been characterizing MormonThink in the recent media blitz over Phillips’ silly little “October Surprise.”

John Bingham (The Telegraph): “[The Church’s dismissal of the summons] was issued in response to a private prosecution attempt by Tom Phillips, a disaffected former Mormon who now runs MormonThink a website highly critical of the church.

ICTMN Staff (Indian Country): “The complaint has been lodged by Tom Phillips, a former member of the Mormon church, who now runs MormonThink, a website that is critical of the church.”

Associated Press (StarTribune): “Phillips is a former regional church leader in England who now runs a website that challenges church history and doctrine.” (I especially like how this article begins right off the bat by identifying Phillips as “a disgruntled ex-Mormon.”)

Leonardo Blair (Christian Post): “The summons stems from legal action initiated by Tom Phillips, an ex-Mormon who now runs MormonThink, a website which is very critical of the church.”

Damon Linker (The Week): Linker doesn’t comment on MormonThink per se, but he does describe Phillips as “a disgruntled ex-Mormon.”

Richard Marsden (Daily Mail): “[The summonses] were issued after a private prosecution bid by London-based Tom Phillips, author of Mormonthink, a website highly critical of the church and its teachings.

James Watkins (Law on the Web): “Mr Phillips, who now edits a site called MormonThink, a site highly critical of the church . . .”

Notice how these sources do not characterize MormonThink. Not one of them ever says, “Phillips runs the website MormonThink, which objectively and fairly raises questions about Mormonism for people to decide for themselves whether the Church’s teachings are true or not after presenting both sides of the controversy in a fair, honest, and respectful manner.”

My question for you then, Mr. Phillips, is how you think these non-Mormons got the impression that MormonThink is anti-Mormon. Do you suppose that these non-Mormon reporters are being paid off by the Church or FairMormon to report on you in such an unfailingly negative light? Or maybe could it be that you’re glaringly anti-Mormon agenda is so obvious that anybody with half a brain and the ability to read can see right through your claims of objectivity and fairness?

For more on this, I would refer the reader to my last post (here).

P.S. I will be collecting more samples of how the media characterizes MormonThink and reposting them here.