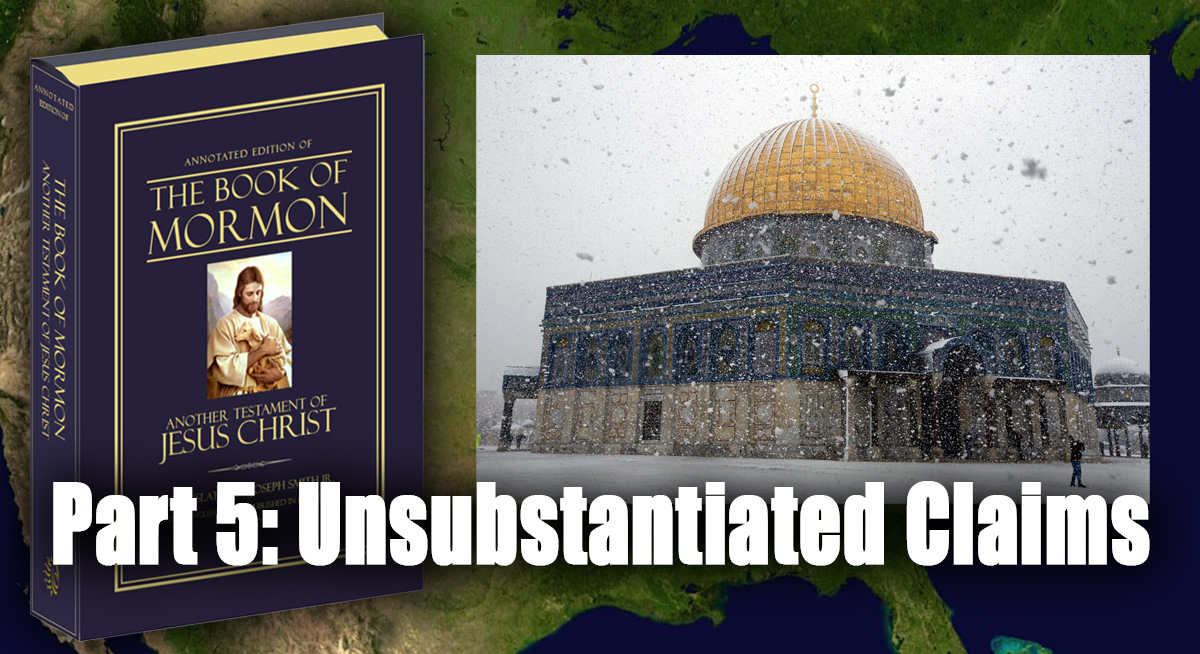 This is just a sampling of the kinds of unsubstantiated arguments and claims that are made in the AEBOM. Proponents of a North American “heartland” setting for the Book of Mormon will have to make much better arguments than these if they wish to make a convincing case for their theory. Making broad, sweeping, and often ignorant claims that declare victory against a Mesoamerican setting after imposing highly debatable readings of the Book of Mormon onto the text will not suffice.