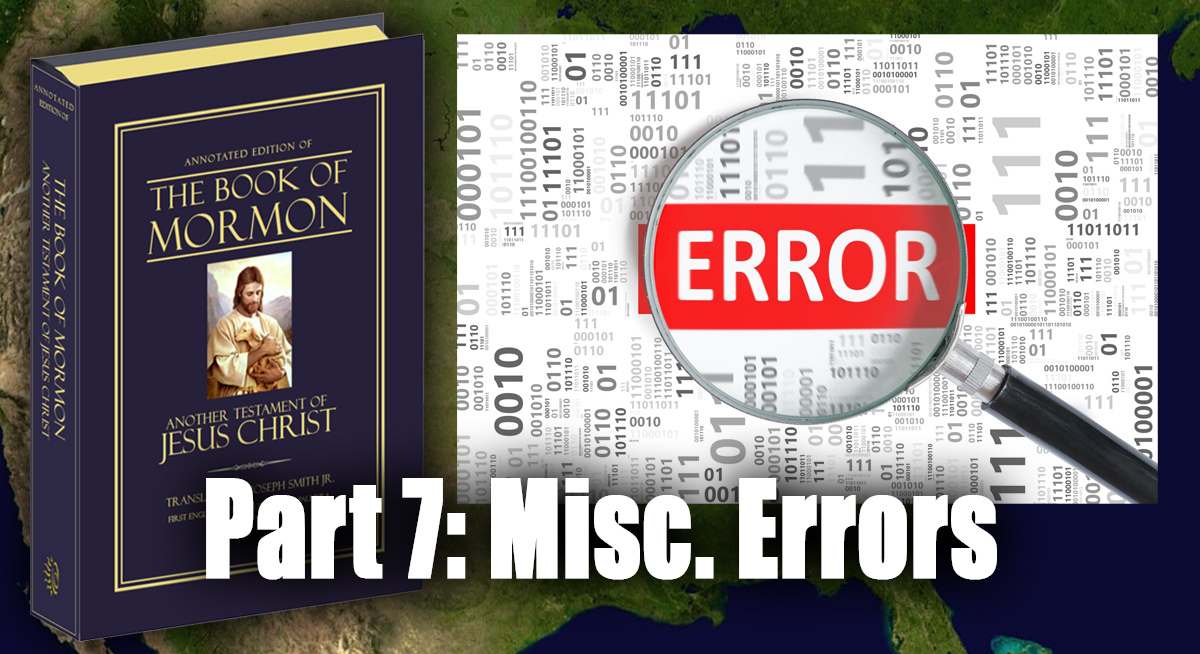 The Annotated Edition of the Book of Mormon (AEBOM) features a number of small miscellaneous errors that are evidently the result of either editorial or typographical carelessness. This includes:

These small, easily-correctable mistakes are not as consequential as the glaring problems detailed above, but do further mar the quality of the AEBOM.